Many lives can be affected by ice floes and ice shoves. Find out what they are and what problems they can cause along waterways.

Ice floes and ice jams have the potential to cause significant flooding and damage along rivers in cold winter climate areas.

While ice floes and jams are usually not a problem every year for a particular location, they are most common during the late winter and early spring, when the strengthening rays of the sun create runoff and rises on the streams.

However, these dangers can also occur early in the winter when a thaw follows a siege of cold weather with sustained temperatures below 32 F. 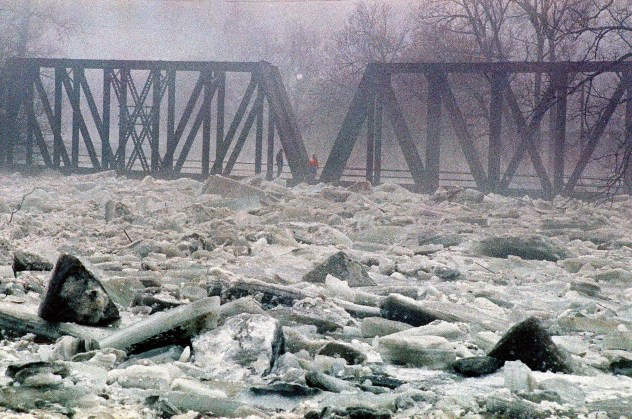 Depending on the severity of the cold conditions, the surface of these waterways may freeze over completely, while water flows rapidly beneath the surface.

Blizzards: The fiercest of winter’s fury defined What is bombogenesis? What is a polar vortex? What are jet streams and how do they influence the weather we experience? What is La Niña?

Fluctuations in the level of the river cause the ice sheet to heave or sag.

Since water has tremendous force, a change in water level by a mere couple of inches may be enough to cause the ice sheets to break up and begin moving downstream as an ice floe. 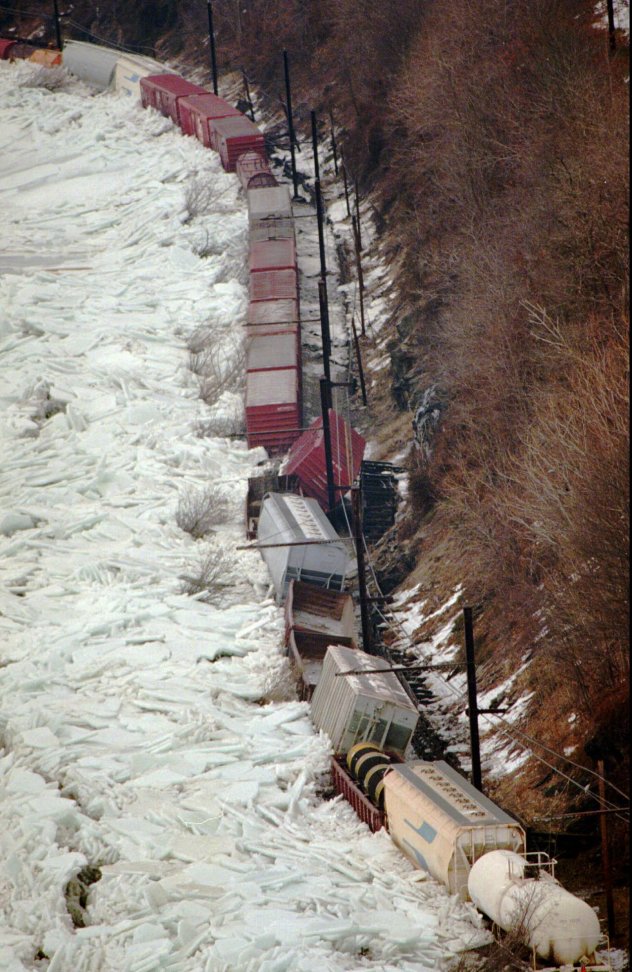 Most often, it is the heaving produced from a significant thaw accompanied by heavy rain that results in major ice floes.

As these blocks of ice move downstream and become lodged against each other near bridges, the confluences of streams, between narrow passages and around bends in the river, an ice jam may develop.

Ice jams may slow the motion of the river to the point where water levels rise significantly farther upstream. 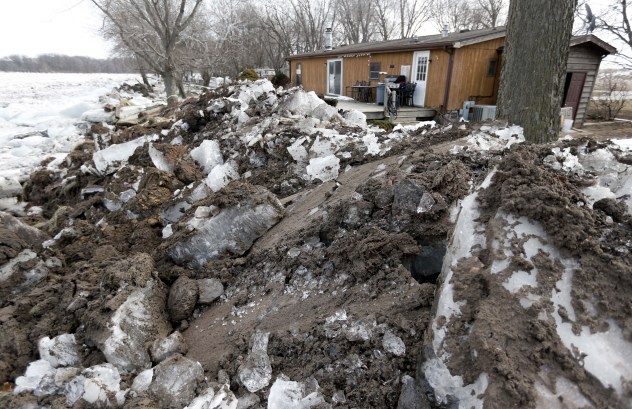 An ice jam rose up along the Kankakee River and encroached on waterfront property on Friday, Feb. 28, 2014, in Wilmington, Ill. (AP Photo/Charles Rex Arbogast)

In addition to raising the risk of flooding along the immediate banks of the river, damage to adjacent bridges, levees and property may occur. The ice can act like a giant slab of concrete with razor sharp edges.

A rapid breakup of a major ice jam may also lead to flash flooding downstream.