Can scientists really make it rain? 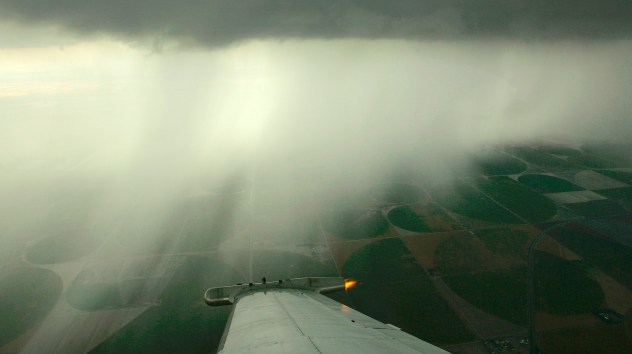 Officials in Indonesia began cloud seeding in May with the hopes of generating enough rain to limit the damage caused by annual forest fires through September. In 2019, fires due to dry weather were the worst there since 2015 with roughly 3.95 million acres of land torched, according to AFP.

Indonesia also turned to cloud seeding earlier this year in January to prevent further rainfall after some of the country’s heaviest rains resulted in deadly flash floods and landslides.

Cloud seeding also has been attempted to lessen the severity of hurricanes and hailstorms, to improve a region’s snowpack, to enhance rainfall to combat water shortages and to reduce fog around airports. It was even used at the 2008 Summer Olympics in Beijing, where 1,110 rockets were fired into the sky in an effort to prevent rainfall from ruining the Opening Ceremonies.

Is cloud seeding the penicillin of meteorology, a cure-all for weather conditions affecting an area? Can scientists really just make it rain? Or is it something less viable and reliable?

Cloud seeding is a type of weather modification that involves dispersing specially formulated aerosols or very cold materials in targeted locations within clouds to achieve precipitation enhancement, hail damage mitigation, fog clearing and other intentional effects, according to the American Meteorological Society.

Chemist Vincent Schaefer invented cloud seeding in 1946 while studying cloud formation for General Electric, and it has been practiced worldwide ever since. Cloud seeding programs were taking place in more than 50 countries as of 2017, according to the World Meteorological Organization (WMO). 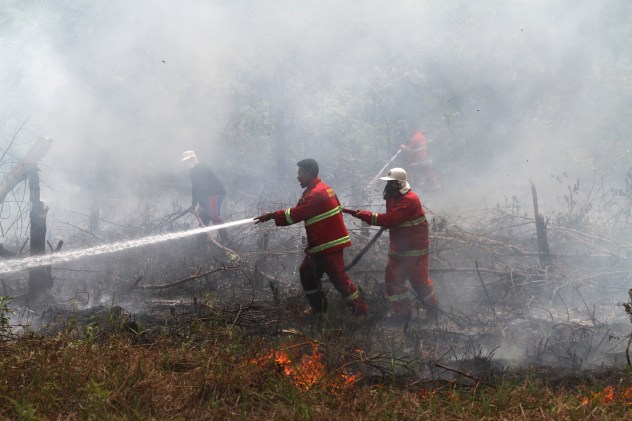 However, the WMO also notes that “despite decades of research, deep skepticism still surrounds cloud seeding due, in part, to the challenge of verifying the efficacy of the technique – establishing cause and effect – given the complexity and variability of weather systems.”

The WMO also notes, “The fundamental challenge of weather modification is identifying and locating the best clouds for the job.”

“The research shows that cloud seeding can enhance certain types of rainfall up to 10 percent when it is already going to rain,” said AccuWeather Founder and CEO Dr. Joel N. Myers. “If there are no clouds, you are not going to get any rain. And if you seed the clouds but they would not produce rain anyway because they are not thick enough or do not have enough liquid water in them, cloud seeding will not work.”

One advance to the research on cloud seeding was made by researchers working on a project dubbed SNOWIE (Seeded and Natural Orographic Wintertime Clouds – the Idaho Experiment). Working in Idaho’s Payette Basin, University of Colorado Boulder atmospheric scientist Katja Friedrich and her colleagues accurately measured the volume of snow produced through cloud seeding for the first time in 2017.

They monitored three attempts at cloud seeding from start to finish over three days then used radar and snow gauge measurements to calculate that snow fell from the clouds for about 67 minutes and dusted roughly 900 square miles of land with about a tenth of a millimeter of snow. Their efforts produced roughly a total of 282 Olympic-sized swimming pools’ worth of water, according to the group’s second report released in February in the science journal Proceedings of the National Academy of Sciences.

“Natural snowfall was negligible [in that area],” Bart Geerts, sixth author on the report and the University of Wyoming department head of atmospheric science told the school’s website. “That really allowed us to isolate snow added through cloud seeding. However, we are still in the dark where there is lots of natural snowfall.”

Water managers, particularly in the western United States, see cloud seeding as a potential way to increase winter snowfall since water supplies are impacted by snowpack melt throughout that part of the country and other mountainous regions around the world.

“That’s important in the West because you do get these periods of really intense drought,” said AccuWeather meteorologist Nicole LoBiondo. “Humidity levels in the West are often really low in general, so it’s difficult to get clouds to build to an area in that atmospheric layer to even support cloud development. It has to be a very specific day, and there have to be very specific weather conditions.” 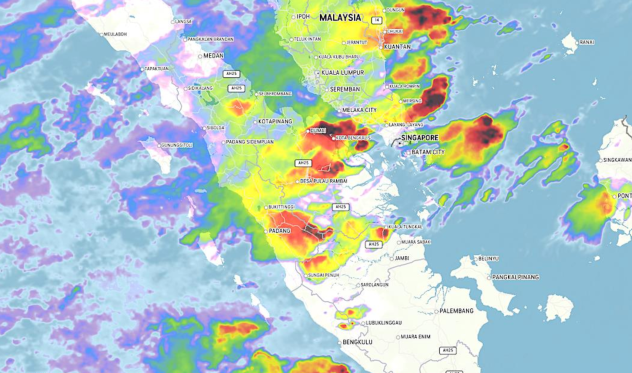 A satellite image showing a line of thunderstorms moving across Sumatra, Indonesia, on June 12, 2020. In mid-May, officials began cloud seeding in the Riau province on Sumatra, an area that was hit hard by forest fires last year. (AccuWeather)

One famous attempt to prove the viability of cloud seeding was the U.S. government's foray into altering hurricanes. Project Stormfury was a decades-long attempt from 1962 to 1983 to weaken tropical cyclones by flying aircraft into them and seeding them with silver iodide.

“What they found is that they would need several planes, not just one or two, to conduct the experiment of seeding. That’s not practical and very dangerous,” said AccuWeather Lead Hurricane Expert Dan Kottlowski. However, he added, “A lot of information on hurricane structure, growth and decay as well as understanding the dynamics of hurricane development was discovered.

“So, in a way Project Stormfury failed to prove cloud seeding in hurricanes was possible,” Kottlowski said. “But the research gained made the project an overall success.”

Indonesia’s efforts to induce rain in an effort to limit fire damage can’t be specifically broken down, but precipitation data for Sumatra – a cloud-seeded area stricken by fires in recent years – shows that the area has picked up roughly 150 percent of normal precipitation since May 1, according to AccuWeather meteorologists. Cloud seeding started there in mid-May, AFP reported, and it's expected to continue through September as officials plan to expand the areas that are seeded.

While Indonesia hopes its current cloud-seeding efforts pay off enough to dampen the impact of fires in 2020, there can be other motives governments have for trying the process.

“Sometimes governments will cloud seed to send a message to the populous that they are doing something,” said Myers. “The Mayan civilization died out because there was no rain. The lack of rain or changes to the weather or climate have destroyed civilizations more than you can count.”

Wintry storms could cause travel issues in Northwest