Are impacts from bad weather underestimated in aviation accidents? 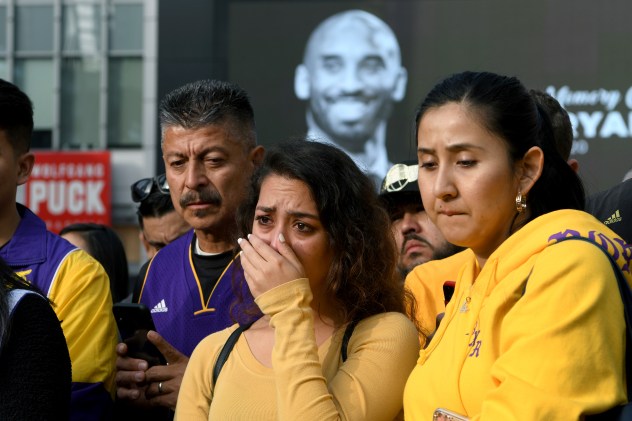 People gather at a memorial for Kobe Bryant near Staples Center Sunday, Jan. 26, 2020, in Los Angeles. Bryant, the 18-time NBA All-Star who won five championships and became one of the greatest basketball players of his generation during a 20-year career with the Los Angeles Lakers, died in a helicopter crash Sunday, Jan. 26, 2020. (AP Photo/Michael Owen Baker)

The aviation accident that killed Kobe Bryant and eight others flying in a helicopter in California may seem like a rare, horrific tragedy, an unusual event that occurs infrequently.

Unfortunately, that’s not the case.

There were 1,275 U.S. general aviation accidents in 2018 – that includes all civilian flying except scheduled passenger airline service. Of those accidents, 225 were fatal with a total of 381 people being killed.

Weather is often cited as a cause or a contributing factor in those accidents. One study suggests that weather accounts for 35 percent of U.S. general aviation accidents, though that estimate may be low.

For instance, in the Bryant crash, weather is being investigated as a factor, but so, too, are other possible causes. As a result, weather may not be considered the primary cause of the crash, though the foggy conditions clearly played a key role in the accident.

“The weather gets underreported as a cause of many accidents,” said AccuWeather Founder and CEO Dr. Joel N. Myers. “It’s my view that weather plays some role in nearly 50 percent of aviation accidents. It might be wind shear, low visibility due to fog, low clouds or precipitation, high winds, snow, or icing of the wings. In many cases these factors combine with others to cause the accident. In these situations, the pilot may have only seconds to make a decision and if he or she guesses wrong a crash could result.”

The National Transportation Safety Board (NTSB) lists 53 weather factors that could be attributed to aviation accidents, with those factors broken down into five overall hazard categories. Those are: 1.) temperature, humidity and pressure; 2.) turbulence; 3.) convective weather; 4.) wind; and 5.) ceiling, visibility and precipitation.

Accidents in the ceiling, visibility and precipitation category often involve pilots flying by visual flight rules (VFR) “who pushed the limits/capabilities of both the aircraft and themselves,” according to a Federal Aviation Administration (FAA) report. This includes when pilots lower their altitude to avoid flying in clouds, and also what’s called in the industry “get-home-itis,” when “a pilot’s desire to get home overrides logic and sound decision-making,” according to the FAA.

Though they account for 57 percent of weather-related accidents, wind-related incidents are less fatal because they typically occur during takeoff and landing when the aircraft is flying slower and closer to the ground.

Accidents such as the Bryant crash and recent events in Illinois, Louisiana and South Dakota are stark reminders for pilots, in particular.

“As a pilot community, when something like this happens, we want it not to happen to someone else,” said AccuWeather’s Geoff Knauth, a pilot with more than 41 years of flying experience. “So, we ask: How did this happen? Because you have to assume that if it happened to this person, it could happen to me.

“That’s why the first question is always: How can we avoid this in the future?” Knauth said. “Because we are all capable of making mistakes – we have to remind ourselves of that.”