The heat wave continues for parts of the Southwest and some of the highest temperatures won't be recorded until Thursday.

Longstanding daily high temperature records continue to fall by the wayside and more are in jeopardy as an intense heat wave expands its grip across the Southwest. Temperatures are expected to routinely settle above the century mark through late this week as cities from Sacramento to Phoenix challenge records.

Due to the brutally warm weather, which will result in widespread triple-digit temperature readings, numerous heat advisories and excessive heat warnings are in effect from California to Nevada and Arizona. 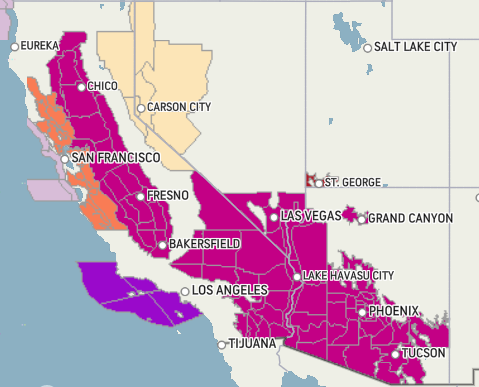 Tuesday was the first day that saw records set all over the region. A record over 120 years old fell in Napa, California. The city reached 99 on Tuesday, which broke the daily record of 98 from 1896. In downtown Sacramento, California, the mercury hit 103 and broke the previous record of 102 from 1974. San Francisco and Reno, Nevada, also tied or set new record high marks for the date.

Temperatures first began to climb on Sunday with some locations in the Sacramento Valley of California reaching 10 degrees Fahrenheit above normal.

While no records were set on Sunday, that began to change on Memorial Day. Many areas in the valleys of Central California experienced high temperatures near 100 degrees on Monday.

In San Francisco, the mercury hit 90 F on the holiday, which broke the daily record of 87 last reached in 1951. San Jose and Oakland also tied or set new record high marks for the date. 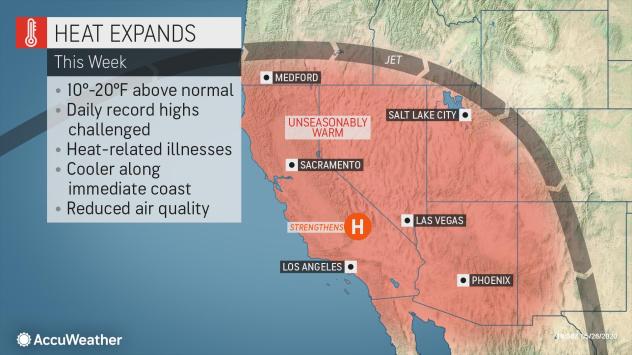 The unseasonable warmth will expand eastward and allow temperatures to challenge record highs across southern Nevada and western and central Arizona during the middle of the week.

Even in places where records are not set, anyone outside will need to stay hydrated and seek relief in an air-conditioned environment as much as possible.

Residents in the central valleys and deserts of California can expect records to be challenged, with temperatures in some areas climbing higher than Tuesday. Most locations in the central valleys will record readings between 105 and 109, and the deserts of southeastern California are likely to exceed 110 degrees. The daily record of 112 in Palm Springs, set in 1968, could be tied or broken. 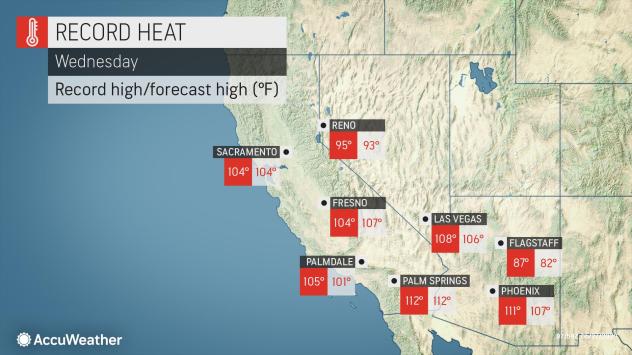 The heat will encompass even more territory by Thursday. In addition to California, Arizona and Nevada, portions of southwestern Utah could report temperatures over the century mark on Thursday. This is likely to be the hottest day of the heat wave overall for the region, with even spots in the San Joaquin Valley approaching 110 degrees.

In Fresno, the all-time May record of 110 will have the potential to be tied and possibly broken on Thursday. The town of Needles, California, located along the Nevada border, is forecast to reach an absolutely scorching 113 degrees on Thursday. This would approach the old daily record of 115 from 1968.

Even in the higher elevations, temperatures will be well above normal. Flagstaff, Arizona, should reach 83 degrees on Thursday. While that may not sound hot, the city sits at an elevation of 7,000 feet above sea level and the record on Thursday is 86 degrees. 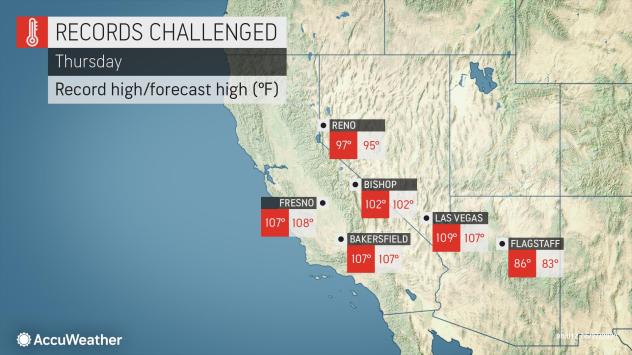 Assisting the extreme heat will be the dry state of the ground in many areas.

"When the ground is dry, even non-desert areas can behave like a desert in terms of very hot conditions by day," AccuWeather Senior Meteorologist Alex Sosnowski said. "In this case, more of the sun's energy is available to heat the ground and lowest part of the atmosphere, instead of evaporating moisture."

What's expected for the 2020 California wildfire season?
When will summer heat up? AccuWeather forecasters answer that and more in 2020 outlook
Ideal weather conditions may have helped coronavirus thrive initially, study suggests

A growing part of the West is experiencing abnormally dry to drought conditions which will add to the dangers for wildfires later in the season. 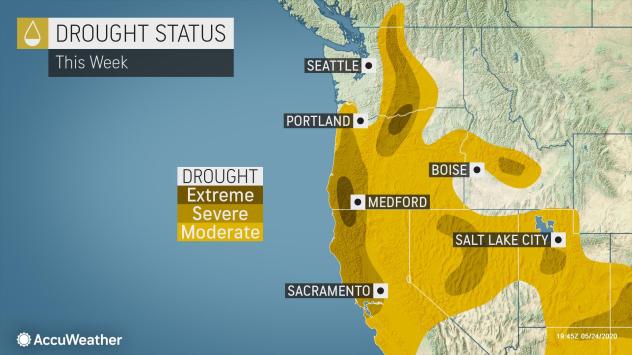 "Even though areas farther south are not technically in a drought or abnormally dry, these areas receive only a small amount of rain per year, so it is dry anyway and prone to quickly heat up over interior Southern California, southern Nevada and western Arizona," Sosnowski said.

By Friday, the dome of heat will begin to shift eastward. This will bring significant cooling to coastal areas and also mean an end to the record heat in the central valleys of California, although the San Joaquin Valley could still reach temperatures over 100.

"Temperatures will start to back off for the San Joaquin Valley on Friday, but it will still remain higher than normal as the temperatures will be closer to 100 than 110," said AccuWeather Senior Meteorologist Heather Zehr. 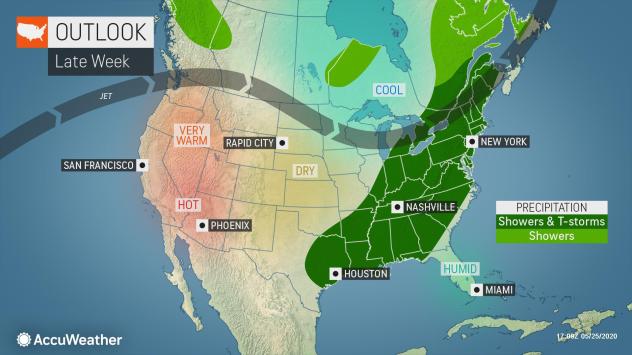 The core of the heat will be located over southern Nevada and into Arizona on Friday. Places such as Las Vegas and Phoenix will be in record territory to end the week. The current AccuWeather forecast is calling for a high of 106 in Las Vegas and 110 in Phoenix on Friday. The daily record for May 29 in Las Vegas is 108 and was set in 1984, while Phoenix's daily record of 112 was set way back in 1910.

To start next weekend, temperatures much closer to normal are expected in the valleys of California.

"Temperatures will still top out in the low 90s with the most extreme cooling at the coast," Zehr said. Farther inland, the heat is not likely to abate until the early part of next week.