The official start of summer is just days away on June 20, and blistering heat has already been swelling over the Plains. In the final days of spring, a season marked by wild weather swings for many, the hot weather is expected to shift eastward across the Midwest and into the interior Northeast.

Meanwhile, a pocket of unseasonably cool air near the Atlantic coast will hold its ground and suppress temperatures for some eastern United States locations for part of this week, leading to a more dramatic change come late this week.

"The weather pattern from this past weekend has been brought about by an atmospheric roadblock that limits the normal west to east movement of weather systems across the nation," AccuWeather Senior Meteorologist Brett Anderson said. 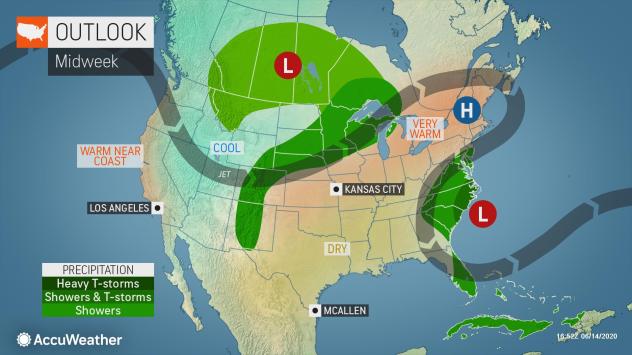 "In this case, heat has been surging northward over the Plains, while a pocket of cool air has formed and dipped southward in the eastern third of the nation," Anderson explained. 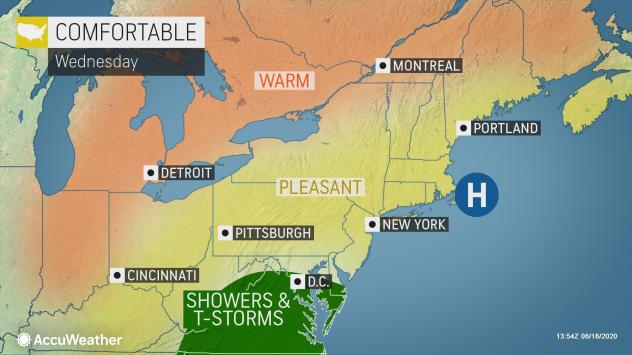 Temperatures over the weekend climbed 10-20 degrees Fahrenheit above average over parts of the northern Plains. Ninety-degree highs were recorded as far north as central North Dakota amid the hot spell, and forecasters say temperatures could even flirt with the century mark in a few locations.

Where cooler air invaded, temperatures failed to climb to 70 degrees in places like eastern North Carolina over the weekend. The high in Wilmington, North Carolina, on Saturday was 69, compared to a normal high of 87. And, the contrast was even more stark for areas farther to the north. The temperature barely topped 50 on Saturday at Saranac Lake, New York, where high temperatures tend to average in the lower 70s during the middle of June.

Can the 2020 Atlantic hurricane season break more records during June?
Photographer captures ‘remarkable’ image of one of the oldest-known grizzly bears
Will unrelenting downpours let up by Father's Day weekend?

"While the overall traffic jam will continue, it will weaken a bit, and weather systems will get squeezed as the week progresses. That will allow for some changes," Anderson said. 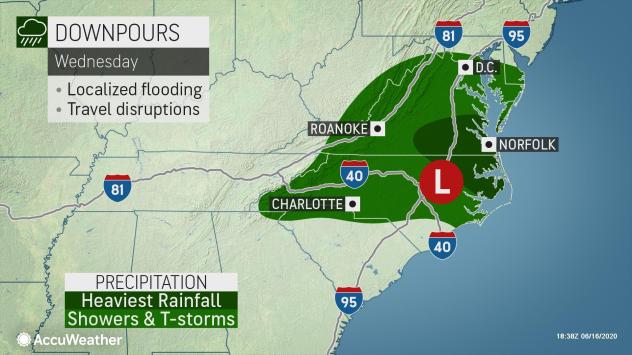 Some eastward movement of weather systems will allow a storm over southern Canada to drag a front across the northern Plains and the Upper Midwest with the potential for severe weather Wednesday.

Highs are forecast to jump to near 90 in much of Minnesota and Iowa by midweek ahead of that front.

In the Midwest, highs will be in the 70s to near 80 at the start of the week before experiencing a shift to highs well into the 80s to the lower 90s in Chicago, Detroit, Indianapolis, Cleveland, Cincinnati, St. Louis and Milwaukee into the latter parts of this week.

Warmth will build rather quickly over the interior Northeast as well, where some of the most dramatic temperatures swings are anticipated. It was chilly enough for a frost to grip parts of the region, including north-central Pennsylvania, over the weekend.

It should feel more like the middle of July by the end of the week from West Virginia to Pennsylvania, New York state and much of New England. Highs will reach upward into the 80s to even near 90 in a few spots. 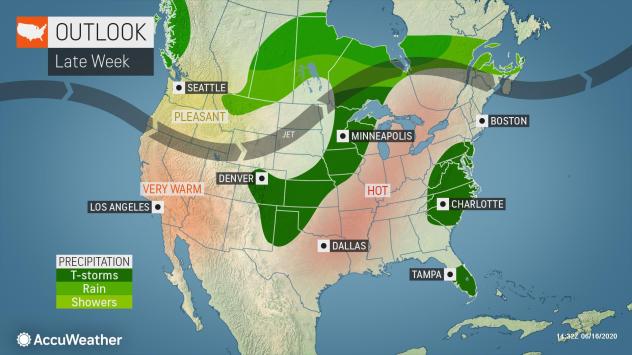 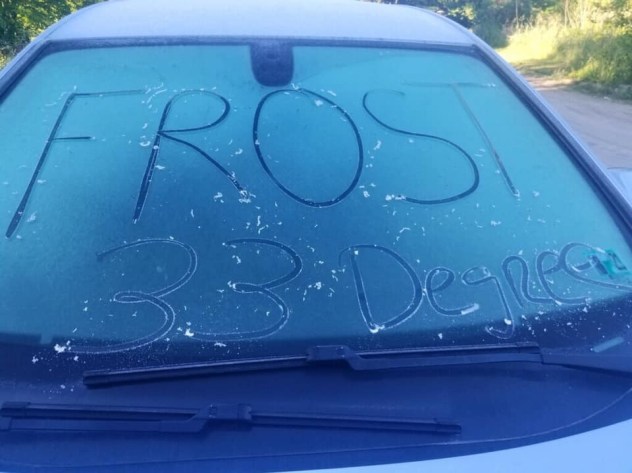 The high temperature on Friday and Saturday is forecast to be within a few degrees of the record of 87 both days at Bradford. Friday's old record stands from 1987, and Saturday's record has been in place since 2012.

Some of the most extreme temperatures, relative to average and in terms of records are likely to occur over northern New England and in part of southeastern Canada. 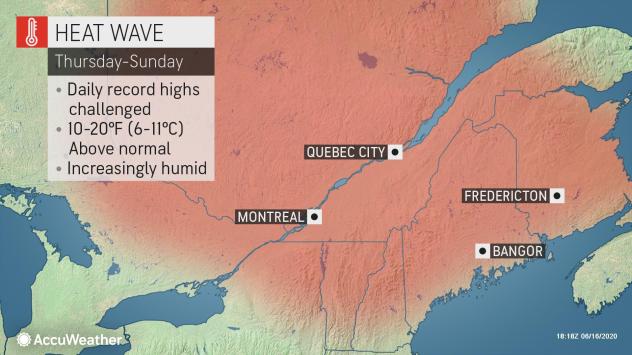 Another factor that will affect how hot it feels will be humidity. Humid air will be slower to build west of the Appalachians compared to areas east of the mountains, due to a lack of a breeze from the Gulf of Mexico. 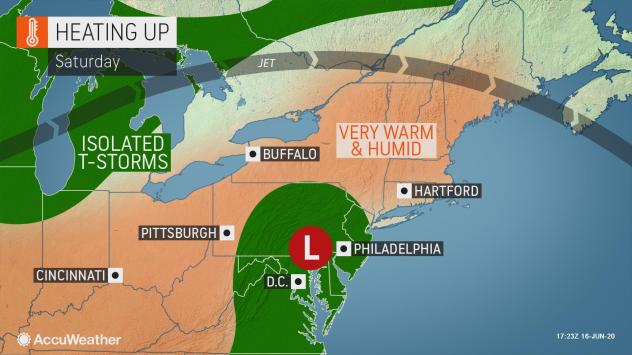 "Along the mid-Atlantic coast, temperatures and humidity levels will trend upward this week," Anderson said. Both are likely to end up close to mid-June levels in New York City, Philadelphia, Baltimore and Washington, D.C.

"Along with the uptick in temperature and moisture will be the potential for spotty showers and thunderstorms by the end of the week and into the Father's Day weekend as moisture from the South percolates northward," according to Anderson.

That moisture will generally remain stuck over the Southeast through the middle of this week before breaking up a bit later on. The lowest daytime temperatures of the cool pattern will be experienced into Wednesday with highs in places such as Charlotte, North Carolina, forecast to be in the 60s to the lower 70s. Persistent clouds and areas of rain will be the driving force behind the cool conditions.

Later this week, temperatures will soar and may be close to average levels in the 80s to near 90 by the weekend.

As moisture crawls northward along the Eastern Seaboard late this week and moisture crawls eastward over part of the Heartland at the same time, a zone of dry weather between both features may remain. It may be possible for a zone from the central Great Lakes to the middle Mississippi Valley to remain free of rain through at least Saturday.

Rain may be delayed in arriving over parts of New England and upstate New York, where abnormally dry conditions are already present, according to the U.S. Drought Monitor.