Winners of the Weather Photographer of the Year contest have been announced.

AccuWeather partnered with the Royal Meteorological Society on their "Weather Photographer of the Year" 2020 contest this year. As a weather photographer and meteorologist, I was thrilled to be a judge, and I am now excited to announce that the winners have been picked!

Weather Photographer of the Year Winner 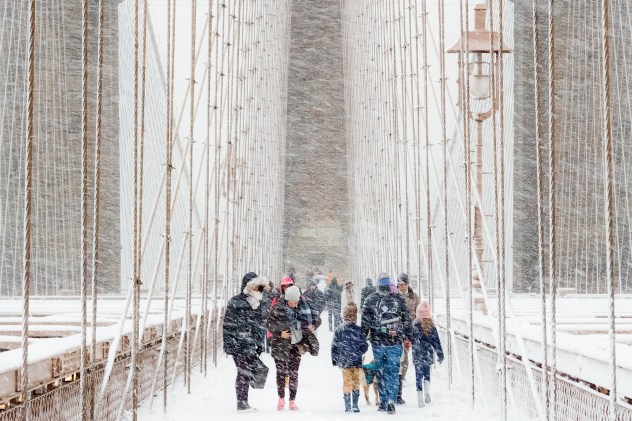 "Blizzard" by Rudolf Sulgan, on the Brooklyn Bridge in Manhattan, New York.

As determined by the judges, Rudolf Sulgan is Weather Photographer of the Year for 2020. The best photos make me feel like I was there when they took it, as if I were having their experience. "Blizzard" does this for me. I feel the chill of the winter air, the snowflakes hitting my face and the people enjoying the snow, with older folks remembering previous snows and children just forming memories that will last for years. The framing is impeccable and pleasing. It captures that moment when snow is falling so hard that it adds a ghostly, otherworldly essence to your surroundings.

Photographer's Story: "I made this image in 2018, during a strong blizzard as El Nino’s periodic warming of water often disrupts normal weather patterns. My main concern and inspiration is that my images hopefully do a small part in combating climate change."

In addition to the judges' voting, more than 11,000 readers voted this image to the top and declare Alexey Trofimov Weather Photographer of the Year for 2020.

The blue color in this photo is just spectacular, like nature's own wonderful turquoise gemstone. I've never been north of New England, so these arctic views fascinate me. Even though it's otherworldly, I feel like I'm standing there, freezing in the snow, when I look at this photo.

RMETS says: "Located in the Russian region of Siberia, Lake Baikal is the world’s deepest and largest freshwater lake – containing about one-fifth of the freshwater on Earth. During winter, average temperatures are around -21 C, whilst in summer they are roughly 11 C. With temperatures so cold for nearly half a year, the lake is covered in ice for almost five months. Lake Baikal is renowned for its many ice formations and their turquoise appearance." 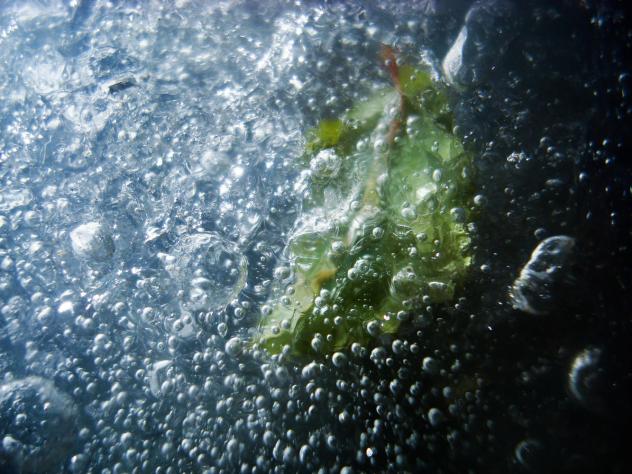 "Frozen Life" freezes time -- both figuratively and literally.  Captured forever is this moment in time when the leaf slowly froze into the water, but more importantly, as the winner says, it's a strange juxtaposition of seasons -- summer taken over by winter, and I think the progression of the seasons is always fascinating. Recognizing this juxtaposition is why Kolesnik is "Young Weather Photographer of the Year."

It looks like a Microsoft Windows Desktop wallpaper image -- but this alluring but peaceful scene was captured on a misty morning in Vietnam. I've never wanted to be standing at one place on Earth more than in the particular location of this photo at that very time.

Photographer's Story: "Lost in the fairy scene. Long Coc tea hill has mysterious and strange features when the sun is not yet up. Hidden in the morning mist, the green color of tea leaves still stands out. Early in the morning, holding a cup of tea, taking a breath of fresh air, Watching the gentle green stretches of green tea hills. It is true that nothing is equal! For those who love nature, like to watch the sunrise, when standing on the top of the hill, you will the most clearly feel the transition between night and day. A large green land suddenly caught in sight. When the sun is up, everything is tinged with sunlight, on the tea buds there is still glittering morning dew, a pure beauty that makes you just want to embrace everything."

It's not just the United States that gets beautiful shelf clouds like this. Europe gets severe thunderstorms as well; in fact, there many amateur and professional storm chaser photographers in Croatia. Maja said about this photo: "This monster shelf cloud was perhaps the most beautiful structure and size over my area. I was waiting for two hours for the cloud to arrive and then it made a real mess."

The rest of the public voting Top 10 winners looked like this, and yes, you'll see all of the above in this ranking as well. All of these are just absolutely beautiful, just spectacular. Great job, all.

RMETS
Report a Typo
Comments that don't add to the conversation may be automatically or manually removed by Facebook or AccuWeather. Profanity, personal attacks, and spam will not be tolerated.
Comments
Hide Comments