UPDATE Tuesday 4/10/2018: We got snow again today in State College, PA. The irony is that flowers bloomed a month earlier in 2012 so I had trouble taking that flowers-with-snow photo this year (this photo was taken next to AccuWeather's warm building where flowers have started to bloom). 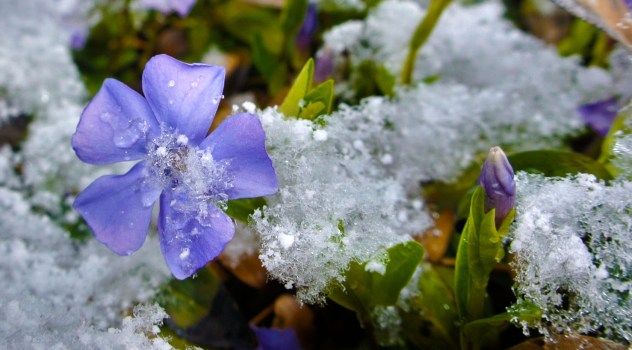 Here's a comparison of a spot in State College from three weeks earlier in 2012:

We've only had an above-normal high temperature on three days since March 1st. Our March & April (so far) high temperatures have been 10-15 degrees below those in January & February. 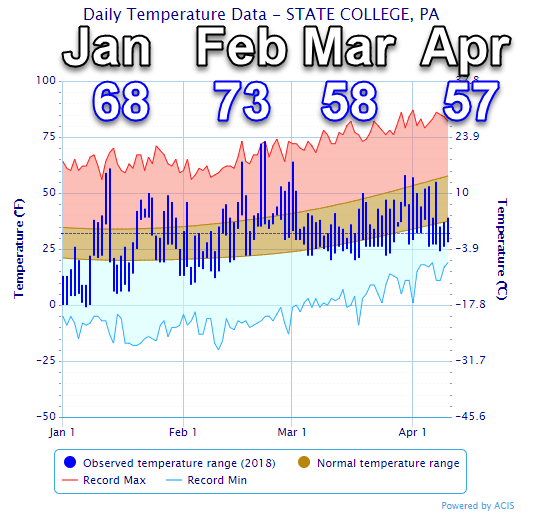 That's about to change (for April anyway) when we spike into the 70s on Friday. However, it won't last, as the 6-10 day outlook shows temperatures below normal for much of the nation. 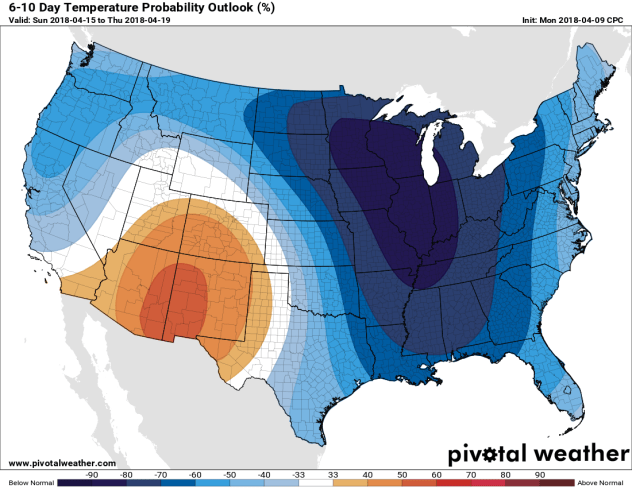 UPDATE Monday 4/9/2018: Up to 6 inches of snow has fallen today in West Virginia, with an inch or more as far south as Tennessee and North Carolina.,

If you haven't heard, this is the winter that won't end in the northern and eastern halves of the country. As we go into mid-April, much of the nation is still contending with record cold temperatures and snow. Even "The Onion" is thinking what we all are:

Freezing, Coatless Woman Has Decided It Is Spring https://t.co/qPW671DGOe pic.twitter.com/iAq0uQuIsI

Here are a few maps that illustrate this. Over 1,100 daily record low temperatures have been broken this week alone -- over 1,800 in the last 30 days, along with over 1,100 snow records. The last week of records broken, tied, or approached is shown in this animation from CoolWx.com: 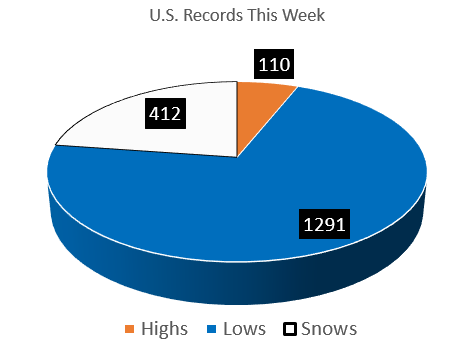 Snow fell Saturday in Crossville, Tennessee, with one report of "unknown precip," typically sleet, at Huntsville, Alabama. Temperatures Saturday morning plunged below zero in the Northern Plains (map). Sunday morning brought temperatures below zero in the Great Lakes, and frigid readings in the 30s to settle into every state in the continental U.S. except Florida, and there were sleet and snow reports in Georgia and North Carolina. I found six webcams in the NC mountains that showed snow. 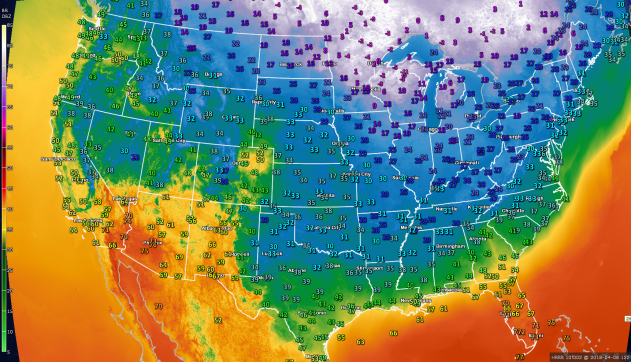 As of last night, over 40% of the land in the U.S. was under 32 degrees, while nearly 50 percent of the population was below freezing! 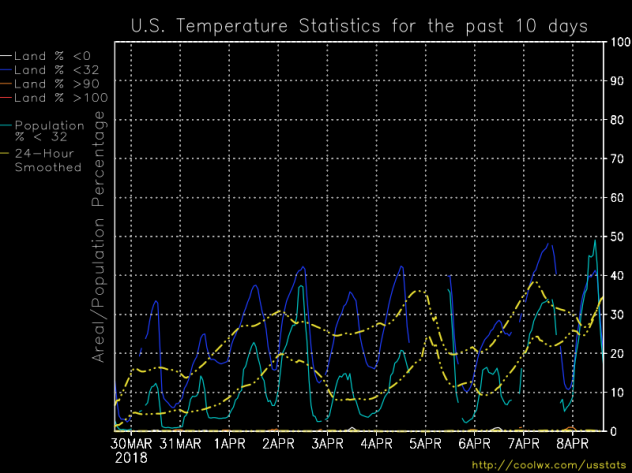 Temperatures in the Northern Plains so far this month are literally off the charts below normal, close to 30 degrees in some places. 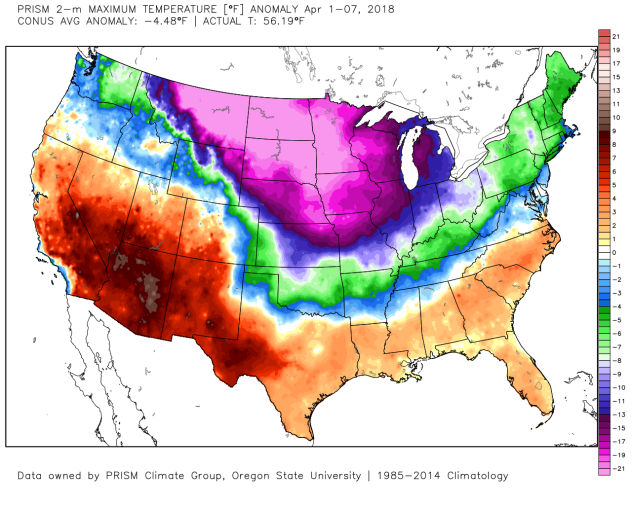