Tropical Cyclone Idai is going to make landfall in Mozambique, Africa this week. Our story says: "Less than 36 hours after becoming a tropical storm over the warm waters of the Mozambique Channel, Idai strengthened into an intense tropical cyclone on Monday."

It's looking very good on satellite -- a Category 4 (U.S.) storm equivalent, which we expect to make landfall as a Category 3 storm.

According to NOAA's hurricane database, around 10 hurricanes have made landfall there since records have been kept. Wikipedia lists thirteen other tropical cyclones as notable, among two dozen cyclones. A map of all hurricanes that have passed within 200 miles of Mozambique are shown on the map below. 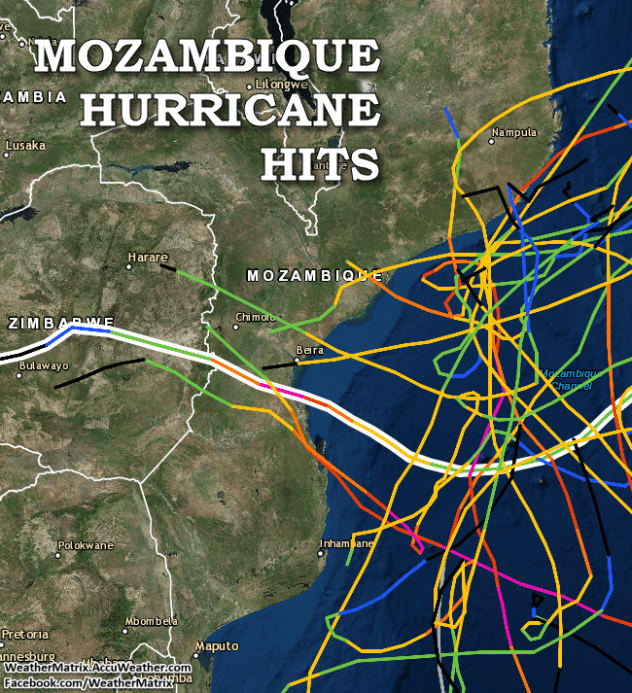 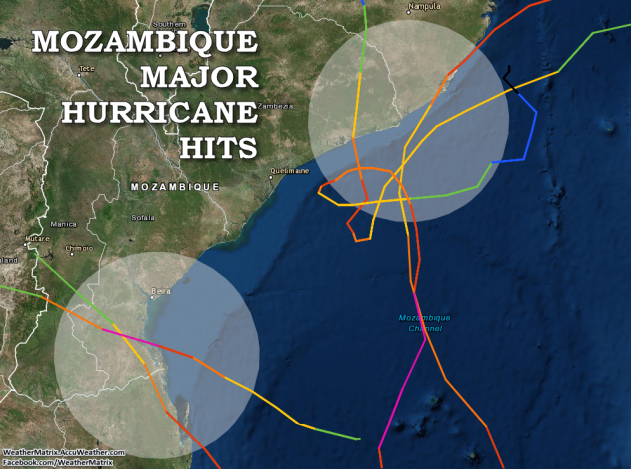 The biggest landfall was a Category 4 (U.S.) -- Cyclone Leon–Eline, which killed hundreds of people in February 2000 (shown below) and was the longest duration Indian cyclone. Cyclone Favio in 2007 made landfall as a Category 3 (also was the only tropical cyclone to avoid Madagascar to the south) as did Cyclone Jokwe in 2008. If Idai makes landfall as a major hurricane, it will be those three storms that she shares history with (a handful of others have paused offshore before turning away). 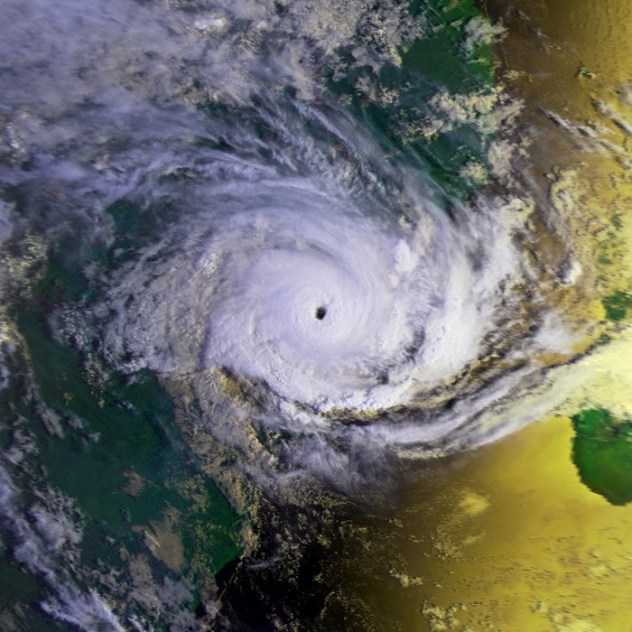 After Jokwe, 2008, there was a pause in Mozambique landfalls until tropical cyclone Dineo in 2017, which was a strong tropical storm or hurricane at landfall, and caused considerable damage.

Dineo is not listed in NOAA's hurricane database, which could mean there are other hurricanes missing from their history of Mozambique, especially before the satellite era begun in 1950.
Report a Typo