Back then, we got our news from TV, newspapers, magazines and (to a lesser extent) their websites. There was no YouTube, no Twitter, no Facebook. The first iPhone had just come out. My blog was one of the few online weather news outlets to warn people or help uncover the horrors that followed.

Today, with all the modern conveniences, I have to believe that the improvements in communication have ended up helping Louisiana residents during Ida. After a $14 billion upgrade, the levees held (in the city -- a levee was overtopped in LaPlace, to the south of NOLA, causing severe flooding).

Here is the Entergy transmission tower in Avondale as it was falling last night … and now, crumpled on the ground. Photo of it falling was taken by Bridge City District 7 Fire Chief Gary Girard. ⁦@WWLTV⁩ #HurricaneIda pic.twitter.com/Uln5qiz3r7

What hasn't changed much, unfortunately, is the rest of the infrastructure. Wind gusts to 90 mph felled a key, aging transmission tower north of New Orleans that was likely rated for higher winds, dumping the power lines into the Mississippi. This knocked out power for New Orleans residents for days, some for nearly a week (so far). As I first reported on AccuWeather.com based on NOAA aerials, Port Fourchon, the nation's biggest oil and gas port was heavily damaged. 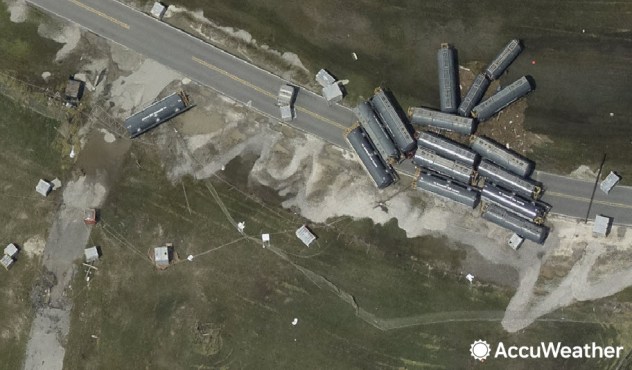 Without laws to mandate power backup for cell towers and gas stations, communication was difficult and rescuers were running out of gas. General Russel L. Honoré, the former commander of Joint Task Force for Hurricane Katrina, pointed this out, adding: "You can't sustain [a million customers without power] where there's no drinking water and or toilets flushed." At least 14 people have been killed by Ida in the South. 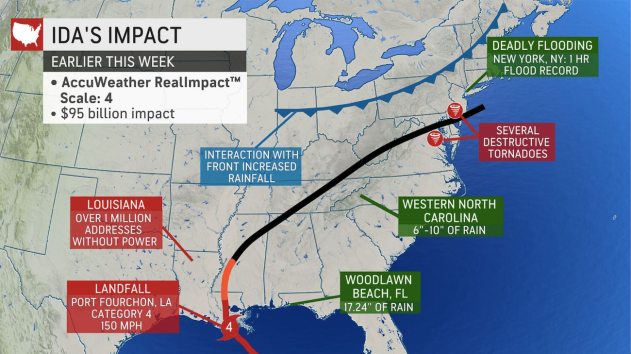 Now, five days later, over 700,000 are without power in Louisiana, down from 1.3 million at peak and 900,000 two days ago. One saving grace: Ida hit further west than Hurricane Katrina, so the power outages didn't number in the millions in Mississippi and Alabama.

Following Ida's hit on Louisiana, it brought record flooding and tornadoes in the Northeast, killing 51 people and setting meteorological records for rainfall. 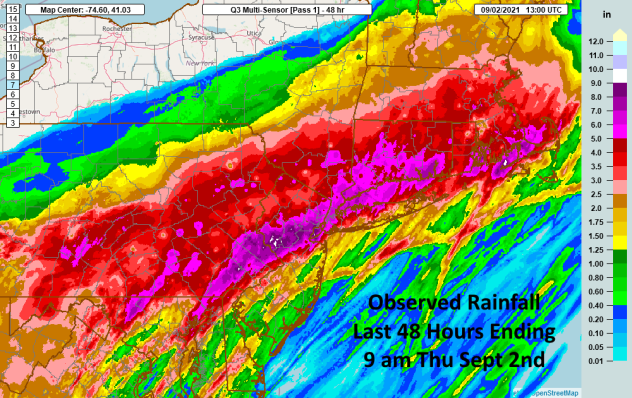 Observed rainfall from former Hurricane Ida in the Northeast on September 1. (SPC)