UPDATE 2/2/2021: Groundhog Day is here and there's a good bit of snow on the ground. This photo was taken by our staff at the show (no guests were allowed but media still were): 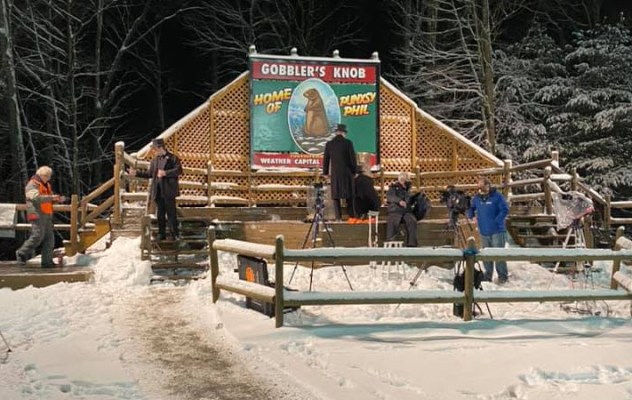 It was also snowing (pretty hard!) as he was "seeing his shadow" this morning... accumulating on hats & coats.

It’s Groundhog Day once again, and Punxsutawney Phil had a lot to say. Our own Lincoln Riddle has the story.

Without watching every video of Punsutawney Phil coming out of his burrow for the last 35 years (deja vu!) I'm going to assume that, based on the data I showed below, this is the snowiest it's been since 1985 at the time of the announcement and is probably close to having 5" of snow, which has only happened 6 times since 1985.

Three years ago, a snowstorm threatened snow on Groundhog Day and I blogged:

"Rather than concentrate on how accurate the little critter's predictions are. I'd like to look at the weather history for the day itself. You might think that Groundhog Day is usually snowy, but the stats show that's not necessarily true.*" 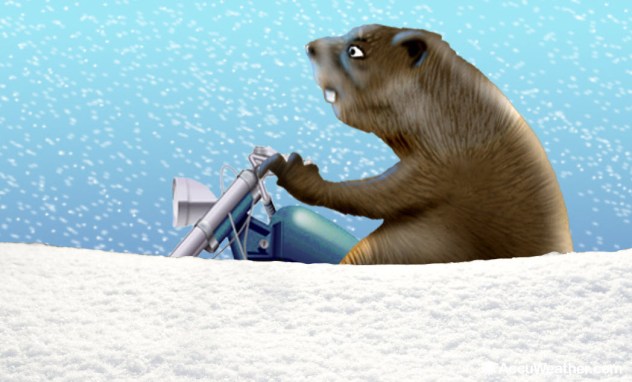 Today that is true again, although the storm will hit before Tuesday February 2, but still could leave significant snow on the ground. I wanted to update the graphs that I provided in 2018.

The top shows snow depth, i.e. how much snow is on the ground on Groundhog day; the bottom shows snow that fell on that day. 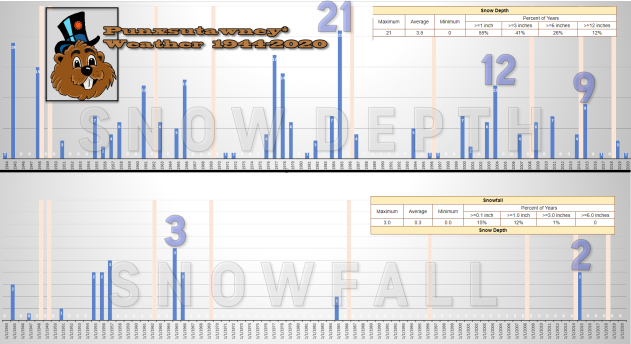 What the data shows is that 84% of Groundhog Days see no more than a snow flurry, and the most that's ever fallen on Phil on February 2nd is 3 inches, and that only happened once, in 1965. In addition, only about half (55%) of Groundhog Days since 1944 have featured an inch or more of snow on the ground, so it's a crapshoot whether you'll even see snow on the ground there.

As such, the "blizzard" in the movie "Groundhog Day" -- which was actually the next day, Feb. 3 -- showed what appeared to be at least 3 inches of snow (if not more) could not have been accurate. 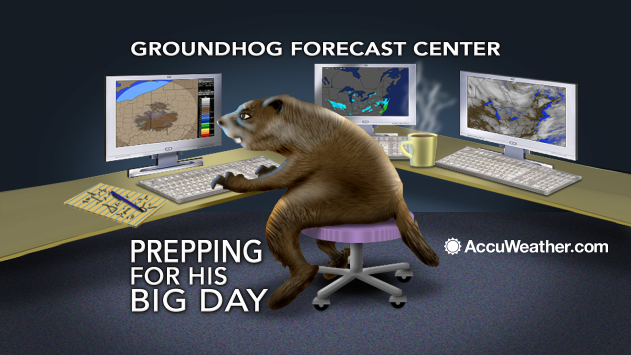 Groundhog Day 2021 is going to look a lot different to start with, because of Coronavirus, no guests will be allowed. But if the models are right, February 2 this year could also see significant snow on the ground, if not snow falling, at Punxsutawney, and that's rarer than you'd think.

*A note about weather stations: You might think they have a historical weather station there, or at least an airport, but they haven't. The closest station I could find with historical data is Putneyville Dam, PA, about 18 miles to the west. Even that station is missing some years of data, shown in red above, but it's the best we've got. There's also only one webcam in Punxsutawney (and it's pointed at the sky), and there are none within a 50-mile radius from the city. 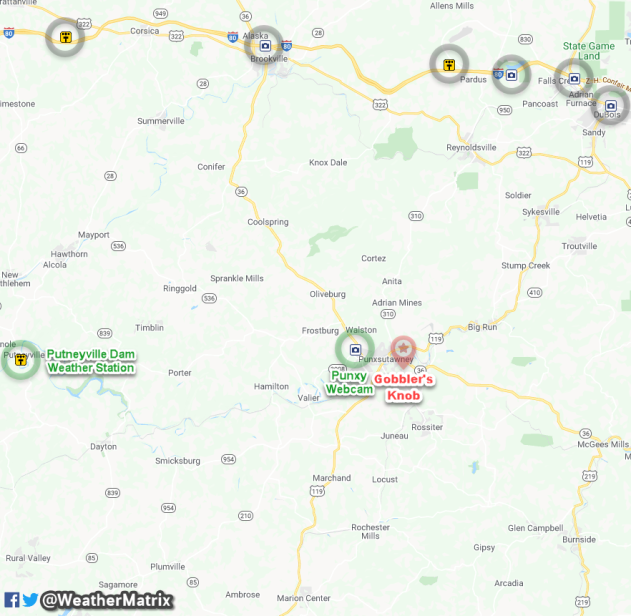