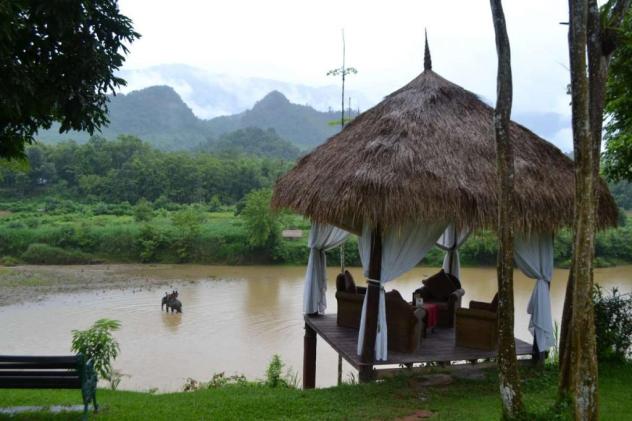 Summer is rapidly approaching, so what are we expecting across Asia during the upcoming season? A couple of big factors we are looking at this summer are the ongoing La Nina and the Indian Ocean Dipole (IOD). 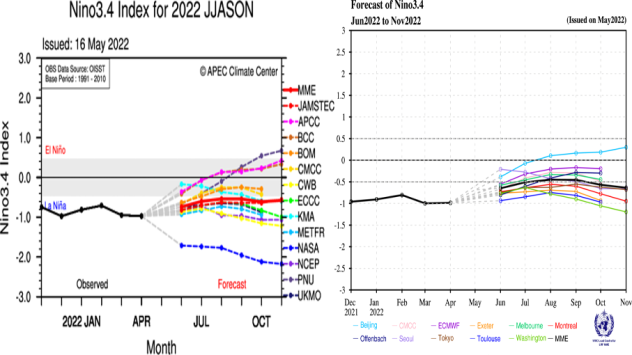 La Nina conditions have carried through most of the spring but are past peak intensity. Additional gradual weakening of the La Nina is expected during summer, and water temperatures may technically reach neutral ENSO levels later in summer. However, La Nina conditions can return during autumn as conditions look to continue favoring healthy trades in the central and western equatorial Pacific. Even if water temperatures technically return to neutral ENSO levels, the atmospheric response will be slower, so weak La Nina atmospheric conditions should carry well into or through summer. 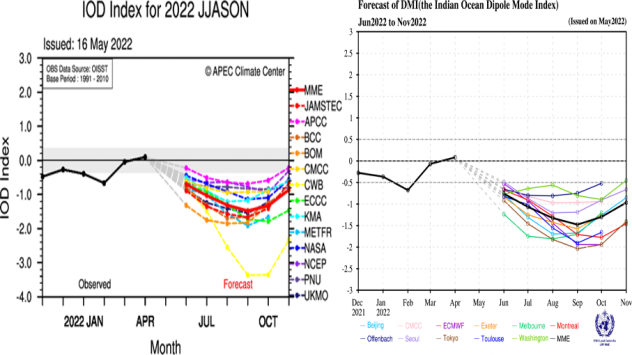 We are also watching sea-surface temperatures across the tropical Indian Ocean or the Indian Ocean Dipole (IOD). Anomalously strong westerlies near the equatorial Indian Ocean started to develop in May which has resulted in slight cooling off eastern Somalia and warming off Indonesia. The pattern is expected to continue with a moderate to strong negative Indian Ocean Dipole developing later this summer and peaking during the early to middle parts of autumn. 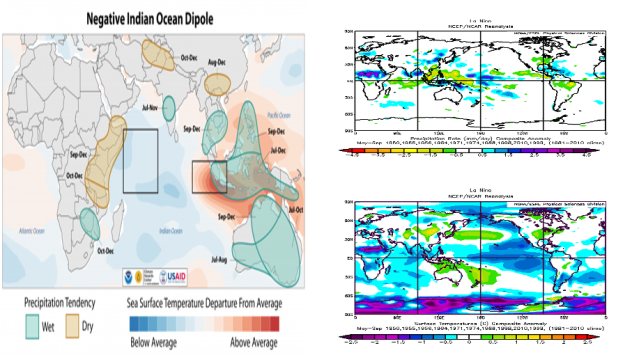 Our analog years considered the IOD and ENSO as well as other teleconnections and the recent global pattern. The air temperature and precipitation anomalies with our analogs are shown below. There are some differences between our analogs and typical La Nina and -IOD impacts with the most notable disagreement over southeastern China with the analogs looking much wetter than is typical during La Nina and negative IOD. 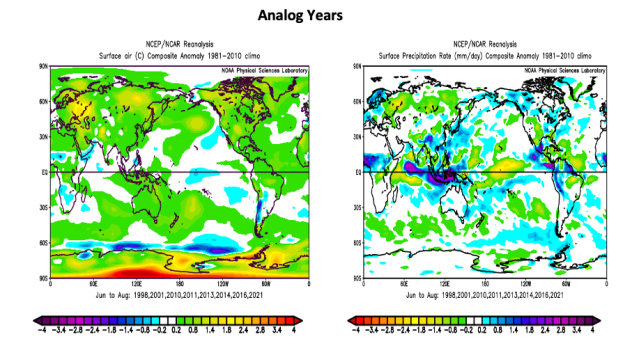 There are also some differences between the analogs and many of the recent climate model ensembles shown below. Most modeling is not nearly as wet as the analogs over southeastern China and Taiwan. The analogs are also significantly wetter over southern Japan than most modeling while everything agrees on the wet anomalies across Indonesia and Malaysia. 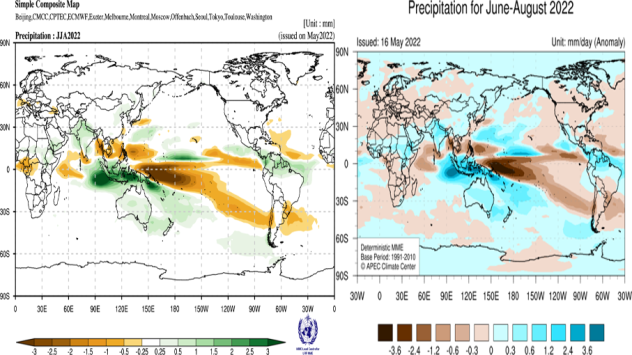 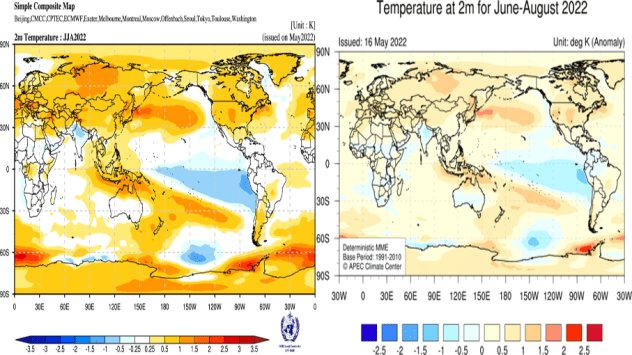 Taking a blend of teleconnections, analogs and climate models into account, our summer outlook for Asia is below. 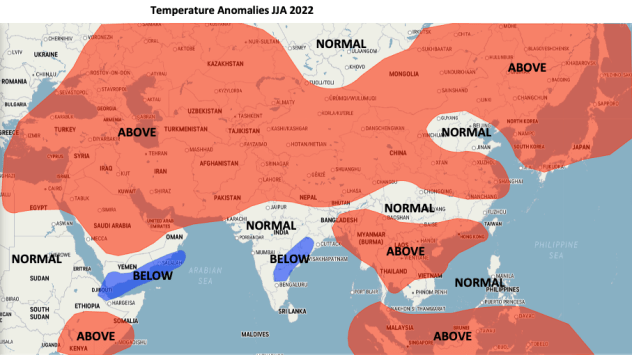 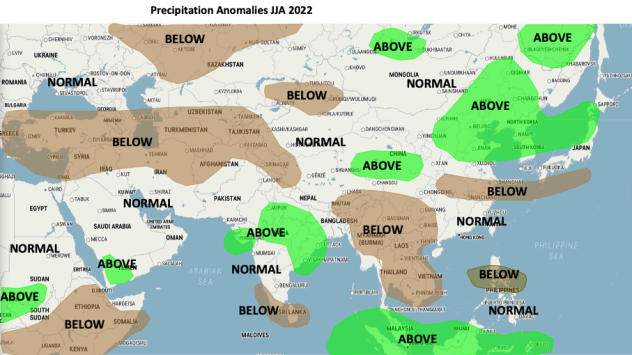 Dryness concerns across Southeast Asia, namely Vietnam, Cambodia, Laos, Thailand, Myanmar, far northeastern India and Bangladesh can favor above-normal temperatures, while much of the rest of India can have near- to above-normal temperatures with near-normal rainfall possible. However, portions of central India can be a little cooler than usual. A complete look at our South Asia monsoon forecast can be found here:

Adequate rainfall over the southwestern Arabian Peninsula as well as near-normal rainfall with Khareef season in the Dhofar and Al Mahrah Governorates of Oman and Yemen may keep temperatures closer to normal over the far southern Arabian Peninsula. The rest of the Arabian Peninsula should be seasonally dry with above-normal temperatures. The rest of the Middle East from Turkey and the Mediterranean coast to Iran, Afghanistan, Uzbekistan, Turkmenistan and Tajikistan into northern Pakistan and far northwestern India is expected to have drought concerns and bouts of heat this summer. However, more seasonal rainfall may return to Turkey late in the season.

Farther east, the warm pool of water around Malaysia, Singapore and Indonesia will again favor wetter-than-usual conditions across these areas with temperatures near to above normal. The biggest area of contention among everything we looked at remains southeastern China into Taiwan with analogs looking wet and teleconnections looking dry. We are playing rainfall in this area as near normal with a good chance for near- to above-normal rainfall early in the season then turning drier conditions late. We are favoring near- to above-normal temperatures over southeastern China and Taiwan. There are signals that the Yangtze River basin can be drier than usual which can create problems for summer crops.

We are expecting good East Asia monsoon rains across northeastern China into the Korean Peninsula and central and northern Japan with some concerns for dryness over the Ryukyu Islands and southwestern Japan. The wildcard for these areas will be the tropics where one or two tropical impacts can skew rainfall above-normal. The tropics will also be the wild card in southeastern China and the Philippines which can make these areas wetter than currently forecast. My West Pacific typhoon outlook is shown below and shows a slightly less active than usual season but can be a bit more active than the 2021 season which featured 22 storms, nine typhoons and five super typhoons. 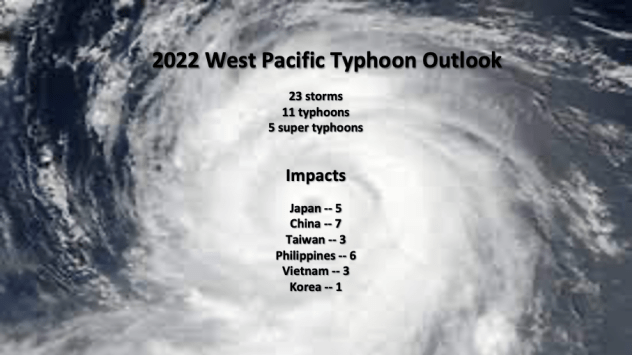 The higher-than-usual sea-surface temperatures in the western equatorial Pacific and a cool pool over the central equatorial Pacific may again favor more tropical development over the Philippine Sea and the South China Sea with the main development region shifted west by weak La Nina conditions persisting and developing negative IOD. This may also result in more impacts on the Philippines, China and perhaps Vietnam than forecast.