US drought patterns over the past 20 years revealed

The National Oceanic and Atmospheric Administration (NOAA) recently completed a 20-year study on drought patterns across the United States.

Long-term, extreme drought is a growing problem across the Southwestern states with water shortages and the increasing risk of unusually large and damaging wildfires. 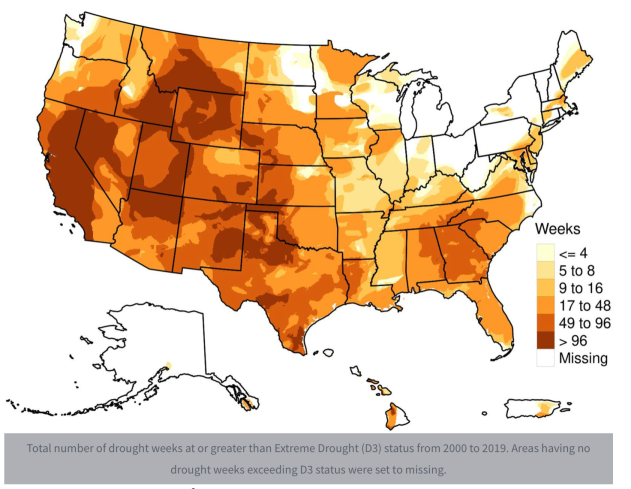 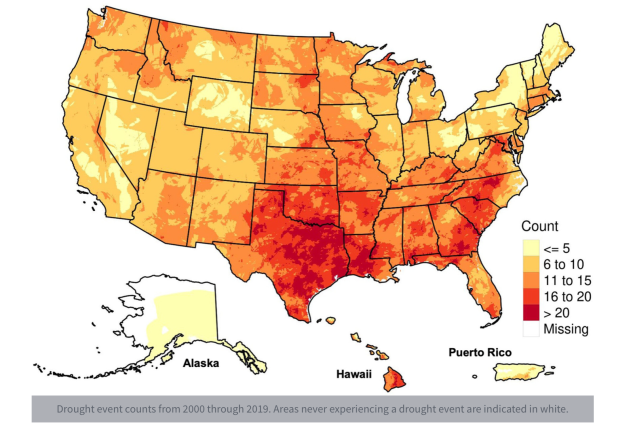 Here are some of the key findings from the report........

The western U.S. has seen fewer, but longer-duration droughts compared to the eastern U.S., which has had more frequent droughts that do not last nearly as long.

Flash drought, which is drought that develops or intensifies quickly due to high temperatures and a lack of rainfall, was much more common in the eastern U.S.. In the West, droughts developed more slowly.

Flash droughts made up almost 10 percent of all droughts, according to NOAA.

This reminds me of large, old trees, which grow slowly, but can live for a very long time. Fast-growing trees, such as poplars and some cherry trees, tend to have a much shorter life.

The drought of 2012 was the most severe drought in the U.S. over the 20-year period. More than 21 percent of the nation had its largest number of weeks at or above extreme drought conditions.