Spring update on the age of the Arctic sea ice

Determining the age of sea ice has been an important measure of the overall health of the ice covering the Arctic Ocean and other portions of the far north.

Older, thicker ice is more stable and can survive through the summer months. Younger, thinner ice is much more likely to melt completely during the warmer months, which leads to expanding areas of darker-colored, open water that absorb more of the sun's energy. This lowering of the albedo promotes surface warming.

The National Snow and Ice Data Center (NSIDC) recently released a spring update on the Arctic sea ice situation in terms of the ice age.

To no surprise, the sea ice in the Arctic was dominated by ice that was one year old or younger so far this year. 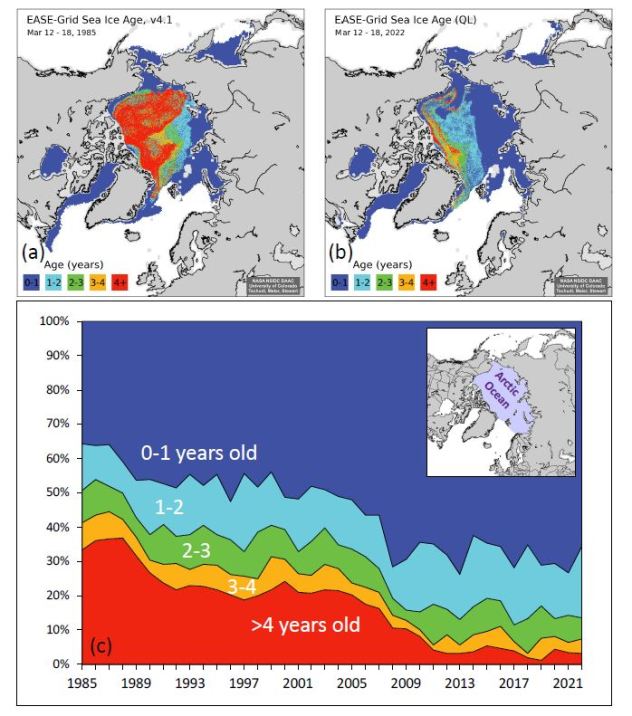 Older (four years or greater), thicker ice once made up over 30 percent of the total sea ice in the Arctic. As of early 2022, that figure is now all the way down to just 3.1 percent.

The Arctic is currently warming at a rate of more than twice the rest of the planet, and this may also be having an impact on atmospheric patterns as far south as the mid-latitudes. Dr. Jennifer Francis has been one of the leaders in this research. See links below.