"At the midpoint in totality, the corona stands out most clearly, its shape and extent never quite the same from one eclipse to another. And only the eye can do the corona justice, its special pattern of faint wisps and spikes on this day never seen before and never to be seen again." quoted from MrEclipse.com

The first total solar eclipse the U.S. has seen in over a generation is just months away.

Before then, we have a couple of minor eclipses coming soon. A penumbral lunar eclipse, which is the wet blanket of eclipses, will occur Feb. 11. The moon will only dim slightly and will not be noticeable to the untrained eye. 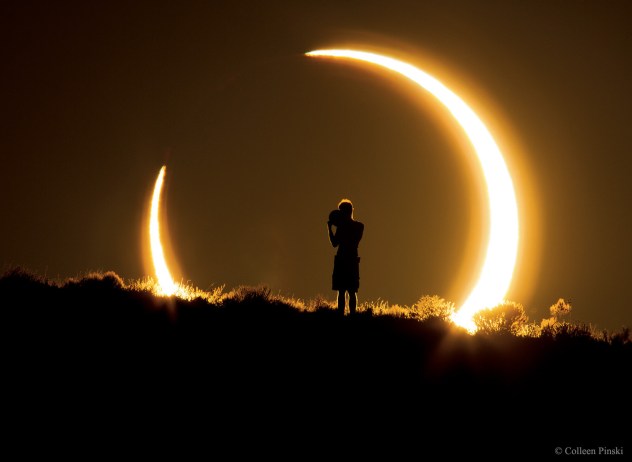 The moon is too far away to block the entire solar disk. Then we will wait 6 months for the headlining act.

Before the big one, we will have a partial lunar eclipse on Aug. 7, visible over the Eastern Hemisphere. There will not be another total lunar eclipse until Jan. 31, 2018.

There are a lot of places to find information on the event. Greatamericaneclipse.com is full of good information, including maps of each state affected by totality. You can follow a few Facebook pages like NationalEclpise.com.

Even though the sun will become completely blocked by the moon, you still cannot look directly at it with the naked eye. You can find eclipse glasses to order online. You basically need the type of lens that a welder's mask has (#14 or higher). Viewing any portion of the eclipse without the proper equipment can permanently blind you!!!

Cloud cover climatology
I am sure many people are wondering about the best location to see it. Let's take a look at who sees the most clear sky in August! 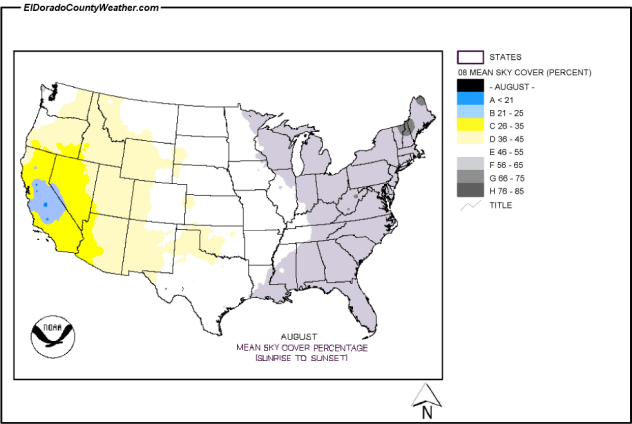 This map shows the percentage of each day that is cloudy. 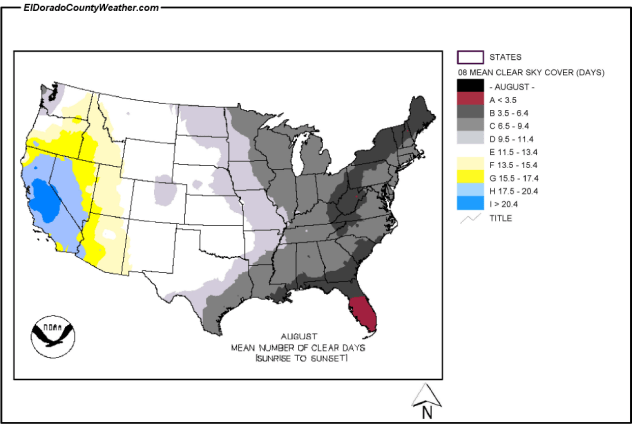 This map shows the number of days per month that are completely clear.

The climatology shows that clouds are more prevalent in the eastern states than in the west. Eastern Oregon looks to be the place to have the best chance for a clear sky Aug. 21.

A few major cities will be within the path of totality. Charleston and Columbia, South Carolina are squarely in the eclipse path. Nashville, Tennessee and Pudach, Kentucky will have totality. The eclipse path will skirt Kansas City and St. Louis. Oregon's Willamette Valley, including the state capital Salem. A total of five state capitals will experience totality, also including Lincoln, Nebraska and Jefferson City, Missouri.

Experiencing the eclipse
An eclipse observer has described totality like this..."The sky surrounding the Sun will grow very dark very quickly. In real time, you will be able to see the deep blue turn to twilight blue, and then to bluish-black. Stars and planets will pop out of nowhere. Roosters will crow and insects will chirp as though night is falling."