Even as Earth is in turmoil, NASA continues to share amazing pictures from across the solar system — allowing us to (virtually) travel far while staying in place.

There's no better example than a stunning new picture of Jupiter based on data from NASA's Juno spacecraft. The image shows the world's southern hemisphere in all its glory, including the whirls of the giant planet's atmosphere and its classic bands and stripes.

The window on Jupiter is a combination of four images that the onboard camera JunoCam took on Feb. 17, 2020; citizen-scientist Kevin M. Gill assembled the images into this stunning view. As it captured the images, Juno was orbiting between 30,700 and 62,400 miles (49,500 and 100,400 kilometers) above Jupiter's clouds. 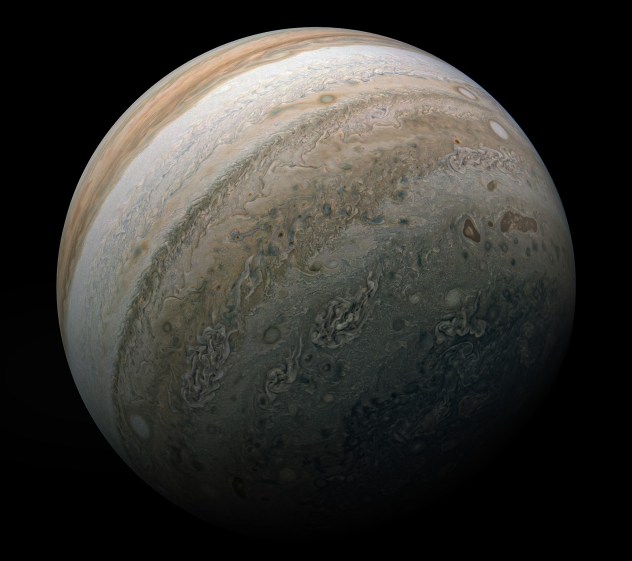 The primary goal of the Juno spacecraft, which arrived at Jupiter in 2016, is to help scientists understand how Jupiter formed and evolved, according to NASA. Jupiter is the largest planet of our solar system. Studying it allows scientists to learn about how other large planets formed and to track how Jupiter has influenced the orbits of small worlds like asteroids, among other studies.