Severe weather taking aim at central US into Monday

Many think of spring as a blissful time when flowers bloom, but for many parts of the United States, spring also spawns the year’s most dangerous weather.

Severe weather is erupting at the end of the weekend across the central United States, and AccuWeather meteorologists say that more is on the way on Monday.

Two different spots into Sunday night could have some gusty storms. One such area will be in the High Plains.

While many of the storms that fire into the evening will be typical spring storms, some may be capable of hail and gusty winds. 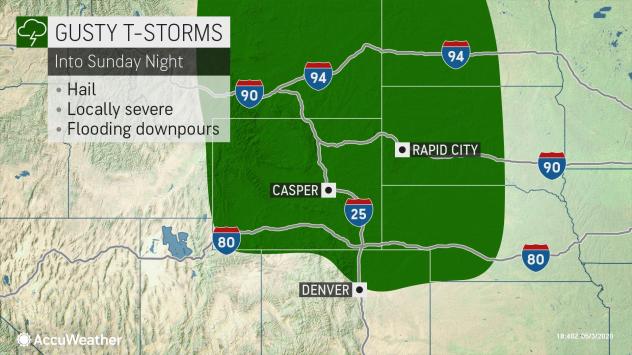 At the same time, some severe thunderstorms swept through part of the central Plains during the midday hours of Sunday and will continue to track eastward into the Ohio and Tennessee valleys and mid-Atlantic into Sunday night.

As the storms progressed, power outages for over 250,000 people in Tennessee were reported on Sunday, as well as over 10,000 people in Alabama and 13,000 in Missouri. 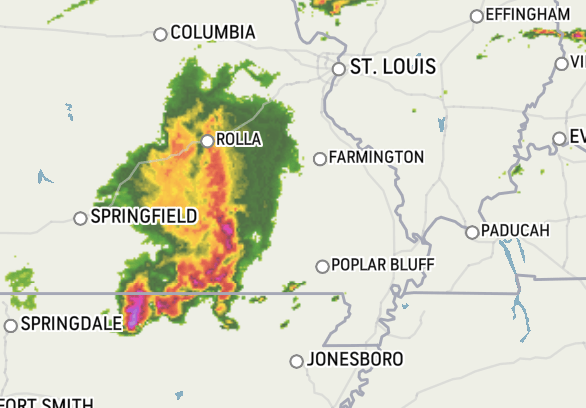 A cluster of severe thunderstorms is seen on radar sweeping through southern Missouri on Sunday afternoon. (AccuWeather)

"A significant severe weather outbreak is not expected, but any of the storms can become strong enough to contain damaging wind gusts," AccuWeather Meteorologist Jake Sojda said.

For those itching to social distance outdoors from Nashville to Philadelphia and Baltimore, residents will need to keep an eye on the sky. 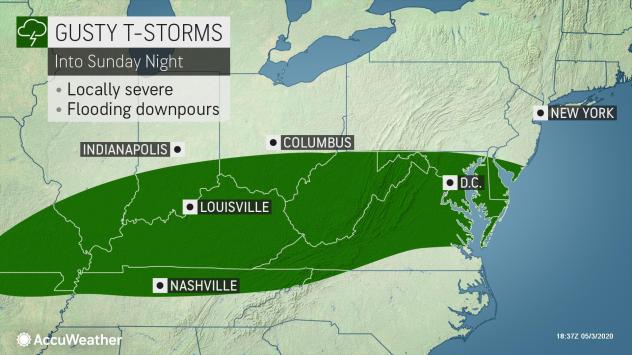 As these storms move off the coast of the Atlantic on Monday, another area of thunderstorms will ignite in the center of the country.

"A new storm will move along a stalled front on Monday across the southern Plains and the middle Mississippi Valley," said Sojda.

Moisture from the Gulf of Mexico will be drawn up through the southern Plains to fuel the storm, creating ample chances for severe thunderstorms. 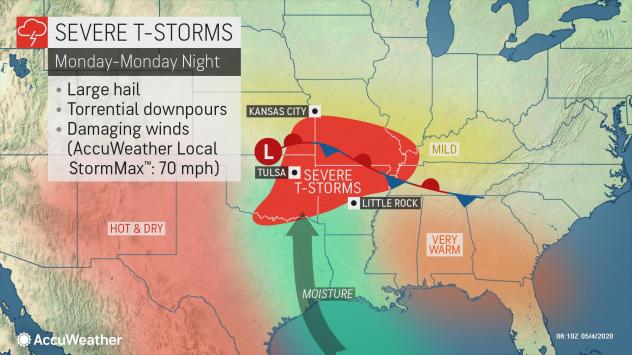 "Damaging winds will be the primary threat with these thunderstorms, but there is also the chance for large hail," Sojda said.

Gusty winds could reach an AccuWeather Local StormMax™ of 70 mph.

Sojda added that given the time of year and location of the severe weather in the Plains, a tornado or two could not be ruled out.

Cities like Wichita, Kansas; Tulsa, Oklahoma; Springfield, Missouri; and Fayetteville, Arkansas, could all be in the path of these violent storms.

The strongest storms may remain just south of Kansas City, Missouri, but thunderstorms are still in the forecast to start the week.

Daily coronavirus briefing: US COVID-19 death toll now higher than any flu season total since 1967
When will the summer-like warmth come back to the Northeast? The AccuWeather summer forecast has the details.
Damage reported in Puerto Rico following 5.5 magnitude earthquake

While wet weather is expected to shift eastward on Tuesday and Wednesday, the storms are expected to lose their potency. Rain and storms will stretch from the Tennessee Valley to the East Coast.

This soggy pattern in the East will help to usher in another bout of cooler air following a mild weekend.

As the progressive and stormy pattern continues across the United States, the threat for more severe weather could return late in the week.