January is the third least tornadic month on average, but that doesn’t mean people can let their guard down when it comes to severe weather.

Ernie Baggett, Director of Emergency Management, gave an update on the recovery in Autauga County, Alabama, after reports of an EF3 tornado that swept through the county on Jan. 12.

January is the heart of meteorological winter across the Northern Hemisphere, and many associate the month with snowy scenes. However, two recent outbreaks of severe weather that spawned more than 100 tornadoes across the southern United States prove this month can pack a punch in terms of severe weather.

Although January is the third least tornadic month on average, according to NOAA and the 1991-2020 average, AccuWeather forecasters say severe weather can happen year-round if the right atmospheric ingredients are in place.

The basic ingredients required for severe weather are unstable air and moisture. The Gulf of Mexico is one of the country's biggest suppliers of moisture for thunderstorm development across the central United States. 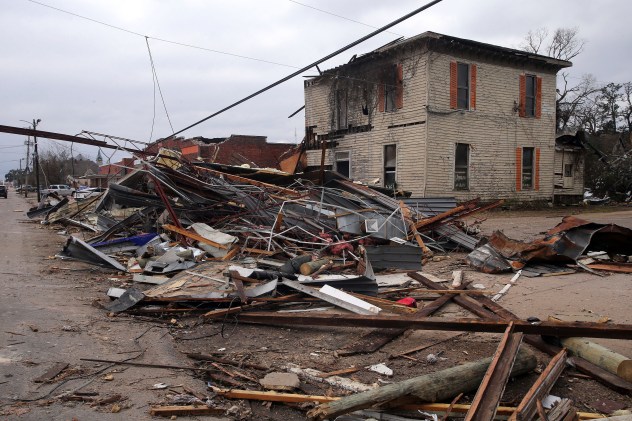 Debris from a local business is strewn on the corner of Chestnut Blvd. and Broad St. in Selma, Ala., Friday, Jan. 13, 2023, after a tornado passed through the area the day before. (AP Photo/Stew Milne)

During December through February, which is also known as meteorological winter, the moisture from the Gulf of Mexico doesn't spread across the country as much as it does during the spring, summer and fall. This is why severe weather outbreaks are less common during the winter.

But, for parts of the country such as the lower Mississippi Valley and Gulf Coast states, the influx of moisture isn't entirely cut off in the winter months due solely to their proximity to the Gulf of Mexico. As a result, these parts of the south-central U.S. are hotspots for severe weather, even during the winter.

"This is where, most commonly, the warmest air can surge ahead of storms, with the help of the Gulf of Mexico and southwest Atlantic to produce severe weather [and] tornadoes in January," Pastelok said. 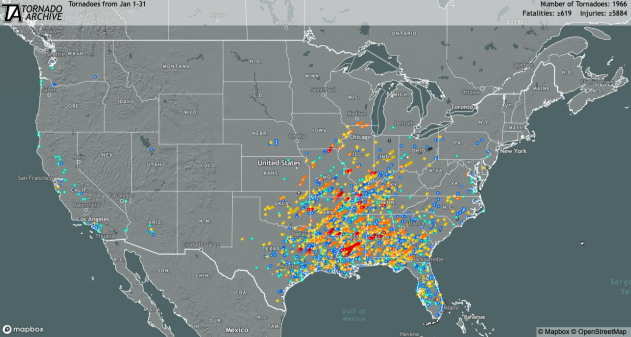 January tornadoes across the United States since 1875. (Tornado Archive)

Since 1875, there have been just under 2,000 confirmed tornadoes in 33 states across the U.S. during January, according to data provided by Tornado Archive. Although the highest frequency of twisters in January occurs in states near the Gulf of Mexico, it's important to note that severe weather can and has happened in states outside the most common areas during the first month of the year. Twisters have been recorded in states such as Pennsylvania, California, Oregon, Washington, Hawaii and New Jersey during the month of January.

The U.S. has experienced only a handful of tornado outbreaks during January, but this January might rank as one of the most active in terms of tornado activity in the 21st century.

As of Jan. 17, there have been 124 preliminary tornado reports so far in 2023, according to the Storm Prediction Center (SPC). The preliminary count is typically less than the final monthly tornado count. Employees with local National Weather Service forecast offices are responsible for going into the field and verifying each tornado reported. This process can take several months to complete.

On Monday, severe weather barreled across Iowa, prompting the first tornado warning in the state during the month of January since the stat first started being tracked in 1986. One tornado touched down in Williamsburg, Iowa, which is east of Des Moines, and a second twister touched down in Ely, Iowa, located northeast of Williamsburg. Both of the tornadoes, which were rated EF-Unknown and EF1, were the farther northwest tornadoes in Iowa in January, according to AccuWeather Senior Weather Editor and Meteorologist Jesse Ferrell.

Since 2000, only 2017 has had over 100 tornadoes in January, according to SPC data. The 2017 tornado outbreak, commonly referred to as the "Inaugural Tornado Outbreak" since it occurred over a four-day period surrounding President Donald Trump's Inauguration Day, was one of the deadliest January tornado outbreaks ever, according to Ferrell.

The multiday outbreak was responsible for at least 20 fatalities and spawned three EF3 twisters across the Southeast, resulting in widespread damage. One of the EF3 tornadoes carved a 70.7-mile path across southern Georgia, significantly damaging homes and businesses in Albany, Georgia. 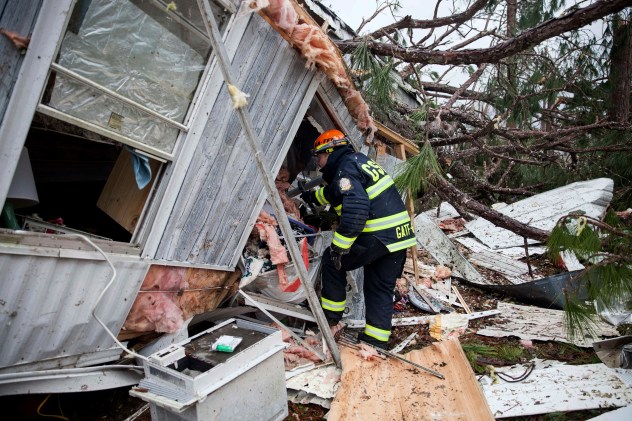 A rescue worker enters a hole in the back of a mobile home Monday, Jan. 23, 2017, in Big Pine Estates that was damaged by a tornado, in Albany, Ga. (AP Photo/Branden Camp)

"There were more tornado-related fatalities in January 2017 than in all of 2016," NOAA wrote in a monthly tornado summary.

More recently, in 2020, a severe weather outbreak spawned 82 twisters across the southern Plains and Southeast states, according to an NOAA summary. The two-day event was responsible for at least 10 fatalities and numerous injuries. The storms created substantial property damage from Texas to Georgia and went down as the third-largest January tornado outbreak on record.

4 members of the same family killed in Alabama tornado