Why you should evacuate ahead of a hurricane

Hurricanes can deal massive damage to homes. Here are a few tips that can help minimize the damage.

Hurricanes are some of the most devastating natural forces on Earth, which is why it is never too early to plan for an evacuation that could save your life.

While evacuating can be a challenging and disruptive process, often times the alternative of riding out the storm at home isn’t safe. Furthermore, avoiding evacuation orders can jeopardize the lives of first responders.

“The folks who stay behind are not only putting their lives at risk, but they’re putting the lives of their first responders at risk,” Bryan Koon, director of the Florida Division of Emergency Management, told AccuWeather.

Staying behind can put you at the risk of a hurricane’s wrath, which includes storm surge, tornadoes, flooding and damaging winds.

Even if you make it through the hurricane unscathed, the aftermath of the storm can prove just as detrimental. Prolonged power outages, issues with water supply and a shortage of other basic amenities could make life uncomfortable and dangerous. 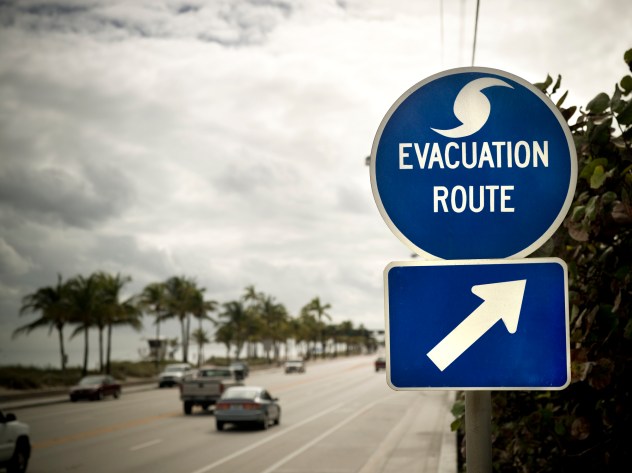 “It’s one thing to survive the storm, and if they’re lucky enough to do that, then they have to survive the recovery, and life is not going to be easy at that point depending on the severity of the storm,” Koon said.

When authorities are conducting a storm recovery or cleanup, people who failed to evacuate could hinder an expeditious recovery, especially if they're out on the roads potentially blocking the path for emergency vehicles, Koon explained.

There are also times, when a hurricane’s impacts are most intense, that emergency personnel simply cannot embark on life-saving rescue missions.

6 ways to prepare now for hurricanes
How to get in touch with loved ones during and after a disaster
Storm surge: Explaining the fury and science behind one of nature's most potent forces

Derrec Becker, public information officer for the South Carolina Emergency Management Division, said there have been occasions in South Carolina when people who didn’t evacuate called 911 but were unable to be assisted due to extreme conditions.

Anytime a mandatory evacuation is ordered, the decision is not made lightly and it’s done because people’s lives are in danger, according to Becker.

“[The decision is] made as the result of all of the information that we’re getting and the absolute last thing that we wanna do is ask people that they disrupt their daily lives, that they leave their homes and they go clear across the state,” he said.

While Atlantic hurricane season lasts from June 1 to Nov. 30, officials stress that it is never too early to prepare.

One of the most important ways to ensure safety for you and your family is to develop an evacuation plan. The National Weather Service (NWS) lists several steps which include finding out if you live in an evacuation zone, planning your route out of town to a safe destination, following evacuation orders and finding shelter for your pets. 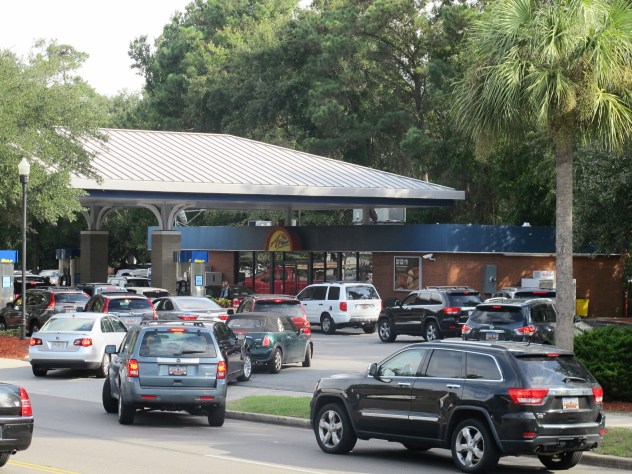 Motorists line up at a gas station in Mount Pleasant, S.C., on Tuesday, Oct. 4, 2016, to fill their gas tanks in advance of Hurricane Matthew. (AP Photo/Bruce Smith

Organizing your hurricane strategy prior to the season can be easier to do in part because it's a less stressful time.

In the days before a hurricane makes landfall, your time is running short, supplies are running low, the stress level is high and the opportunity for mistakes drastically increases, Koon said.

Even people who don’t live directly along the coast can be significantly impacted by a hurricane's impacts, which is why it’s crucial for people to determine if they live in an evacuation zone.

For those who are reluctant to evacuate or can't manage to travel far, officials open community storm shelters, but Becker said those are typically a last resort and not a place you would want to stay for an extended period of time.

Officials recommend packing enough essential items, such as food, water, medications, insurance documents and any other valuables to endure several days or even more than a week away from home.

"It’s important to prepare now, that way when that evacuation order is issued you know exactly what to do and everyone in your family knows what to do," Becker said.

“It is never too early to prepare, but it can be too late.”