Parade of storms to cause misery through Christmas

A tenacious weather pattern will yield more frequent storms than normal - every two to four days - across the central and eastern U.S. through Christmas.

The persistent badgering by Mother Nature is expected to have a significant negative impact on travel and shipping prior to the holidays, according to AccuWeather meteorologists.

The next wintry storm in the queue will follow on the heels of a rain and snow storm during the middle of this week and another winterlike storm predicted to unfold late this week.

A storm will eye the Central and Eastern states with another round of snow and ice early next week after it pushes in from the Pacific Ocean, crosses the Northwest and struggles over the Rockies late this week and this weekend. 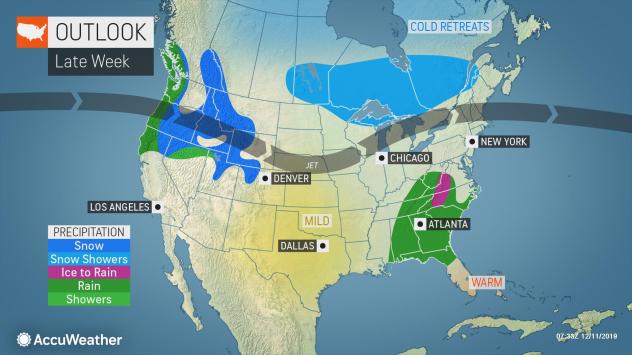 As the storm emerges over the central and southern Plains, it will tap into Gulf of Mexico moisture and begin to produce moderate precipitation late in the weekend.

A swath of snow and wintry mix that includes some ice is likely to break out over portions of Kansas, Oklahoma, Missouri and Arkansas later Sunday and Sunday night. 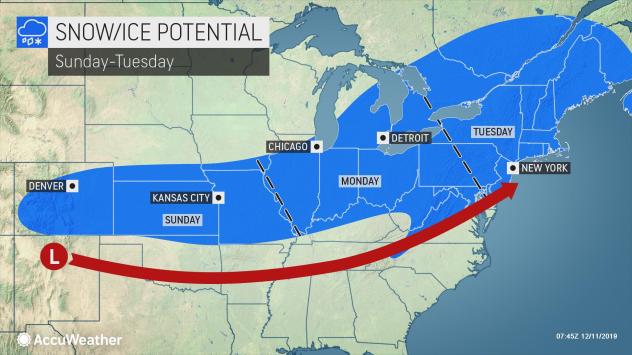 By Tuesday, wintry precipitation will set its sights on the mid-Atlantic coast and New England, where moisture from the Atlantic Ocean can be a big factor in the amount of precipitation.

"This far out, the track and strength of the storm are uncertain, but these will be determining factors for how far north snow and ice fall over the Central states and how close to the coast wintry precipitation occurs in the East," AccuWeather Senior Meteorologist Dave Bowers said.

Highway shut down after major pileup caused by minimal amount of snow
Eastern US in crosshairs for another major storm
Lake-effect snow showers, squalls to cause treacherous travel around Great Lakes
Snow to threaten slick travel along 1,000-mile corridor of US

Most likely, this weather system will create trouble with snow and ice over a rather narrow zone as it moves it along from the central to eastern U.S., Bowers stated.

Additional storms are likely to follow over portions of the Central and Eastern states every few days leading up to Christmas and perhaps right into the start of 2020.

The weather pattern isn't likely to produce powerhouse storms or intense Arctic outbreaks, but AccuWeather meteorologists warn that neither of those factors is needed to bring a moderate to heavy snowfall and a buildup of ice. Moderate storms meeting up with just enough chilly air can create conditions conducive for a wintry mess and difficult travel. 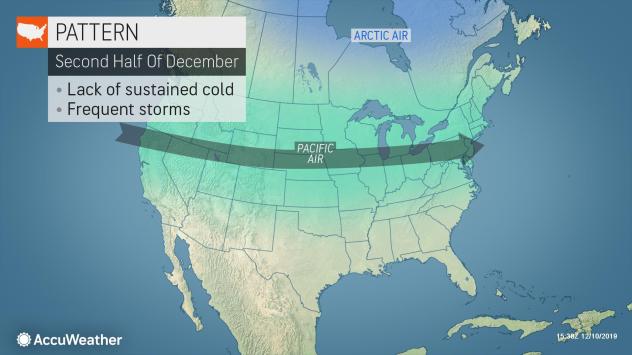 "The pattern looks [to be] loaded with storms, but not every storm will bring widespread snow," AccuWeather Lead Long-Range Meteorologist Paul Pastelok said.

"While one storm in the pattern may bring rain to many locations, the next storm may find just enough cold air for a substantial amount of snow," he added.

Unsettled weather conditions ranging from rain, ice and snow are likely to slow travel and lead to periodic flight delays, poor visibility and road conditions during a time of the year when many are preparing for and traveling for the holidays.