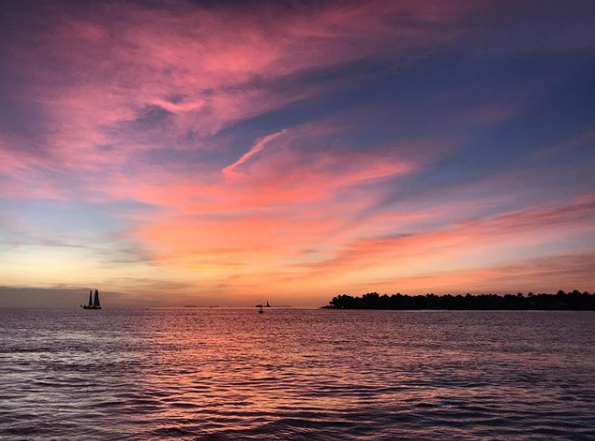 While it seems like the entire eastern half of the country had been stuck in a week-long ice age in recent days, one area in South Florida quietly got away with living in an alternate, far warmer reality. Saturday's high temperature of 80 degrees Fahrenheit marked the 234th consecutive day on which temperatures reached at least 80 in Key West. But on Sunday, the streak finally ended as the mercury made it to a high of only 78 degrees.

The streak of warmth breaks a record dating all the way back to 1872, according to the National Weather Service (NWS). Prior to Nov. 17, the last time Key West residents had to endure the hardship of a sub-80 degree day was on March 27, when the thermometer reached only 78.

Through the first two weeks of November, 13 of the 14 days of the month topped the historical average high, the NWS said on Thursday. The only day that didn't, Nov. 9, still hit 80 F to keep the remarkable hot streak alive.

"A significant factor for our temperature remaining warm so far in November are the sea water temperatures surrounding the Keys. Key West Harbor remains in the low/mid-80s," Ross said. "Until a strong cold front comes through and cools them down, they will continue to help moderate the temperatures across the islands," he added. "With a recent cold front bringing temperatures down into the lower-mid 70s and a high of just 80 on Nov. 9, the streak was almost broken."

According to the NWS Key West Facebook page, the previous longest streak of 80-degree or greater high temperatures in Key West was 225 consecutive days, which ended on Oct. 22, 1965.

Ross said that the record streak has been able to stay alive for so long thanks to timely misses from cold fronts, particularly back in spring, which allowed Key West to get an early start on the streak.

"This year has been able to reach a longer streak by ... Key West missing out on late winter-early fall cold fronts," Ross said. "Of the top 30 streaks for consecutive days at 80-plus, 19 of them haven't started until April -- five were as late as the week of April 20." 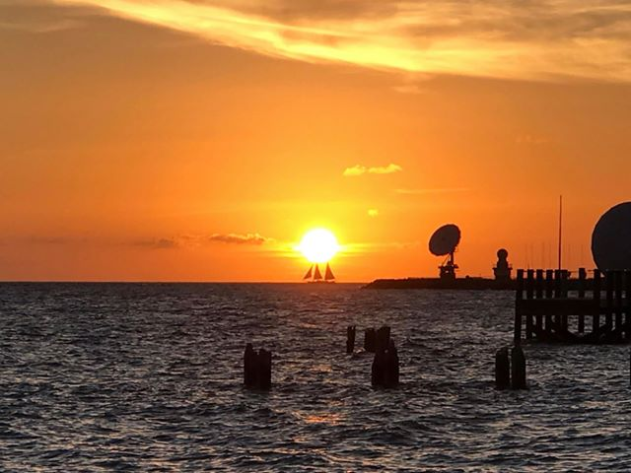 The steady nirvana of Key West's weather starkly contrasts with what other areas of Florida have experienced last week.

In Pensacola, temperatures lingered in the 40s and 30s throughout Tuesday and Wednesday, even dipping down to 29 F on Wednesday afternoon.

In Jacksonville, temperatures plummeted from 80 degrees on Tuesday afternoon to 44 by Wednesday evening. Similar, heavy drops in temperature are consistent throughout the Sunshine State.

While Key West residents may have been basking in their extended good fortunes, AccuWeather Meteorologist Brett Rossio last week saw their warm streak's days were numbered. Rossio said the streak would end on Saturday, as did the NWS forecasters. "On average, the high typically dips in the 70s by the middle of November, so we should be falling into the 80-degree threshold within the next seven days," Rossio said.

Both AccuWeather and NWS meteorologists called for a high of 78 degrees on Saturday, but as the NWS noted in a post on Twitter, Key West "eeked out one more 80° day" when the mercury hit that mark at 2:29 p.m. On Sunday, there was no such luck and the streak was snapped at 234. 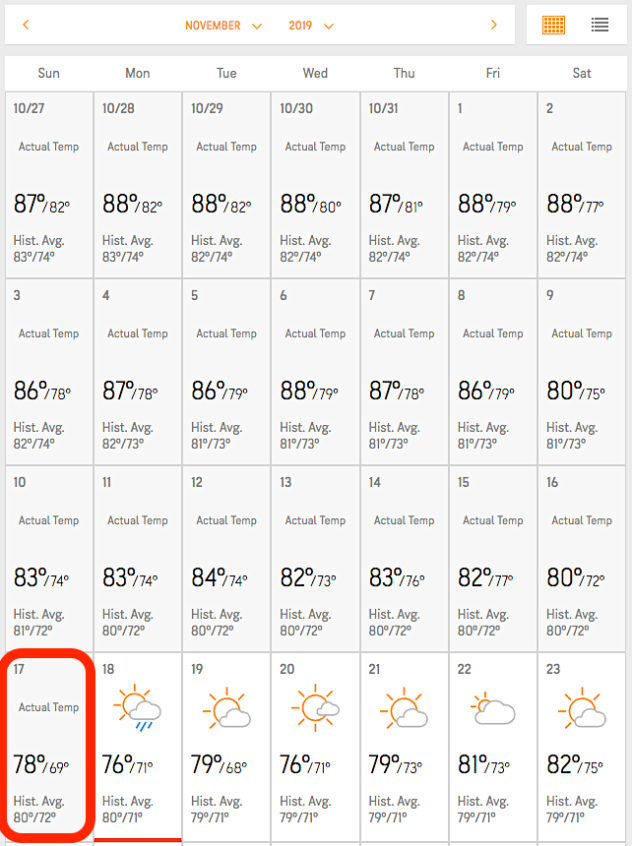 Even as the streak wound down to its inexorable end, Ross said it only reinforced his appreciation for the area where he lives.

"For those of us that prefer the warmth, it's been great," he said. "People are probably ready to have a prolonged break from the humidity though!"

Ruthless cold breaks dozens of long-lasting records in major cities throughout the East
Brrr! With much of the nation shivering, when will bitter cold finally ease?
Drenching storm to dump rain over drought-stricken Southeast
Report a Typo
Comments that don't add to the conversation may be automatically or manually removed by Facebook or AccuWeather. Profanity, personal attacks, and spam will not be tolerated.
Comments
Hide Comments