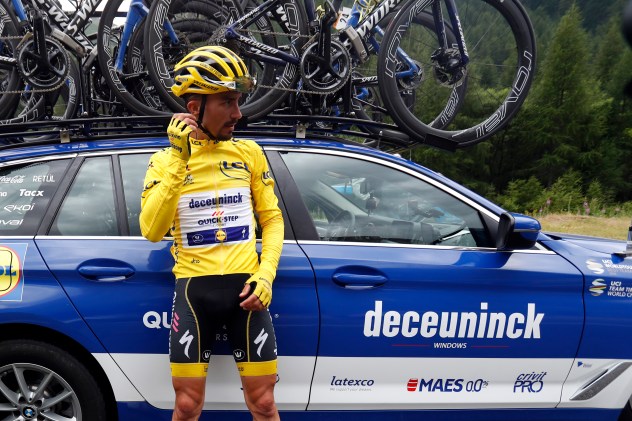 Weather continued to affect the Tour de France on Saturday as inclement weather conditions forced officials to adjust the second to last stage of the Tour.

Race officials announced that Saturday’s stage, the last stage spent in the Alps, would be shortened by 44 miles (71 km) due to landslides noticed on the mountains and the threat for showers and thunderstorms to be in the area yet again. The stage will skip the climb up Cormet de Roselend.

Due to the difficult weather conditions expected tomorrow and land slides noticed, the course of the 20th stage of the Tour de France will be modified.

This alteration came after organizers, with less than 30 kilometers to go, were forced to cancel the rest of Friday's 19th stage of racing due to heavy hail accumulations -- or, as one racing team put it, "crazy weather conditions." The rare stoppage was a blow to fans of the event but the decision was made for the safety of the riders.

The cyclists were pushing through the French Alps when a hailstorm battered the mountain region.

"The day's course has been called due to adverse weather conditions," Tour de France officials announced. Results for Friday’s stage will be based on the times that the riders passed over the Col de l’lseran, officials said. 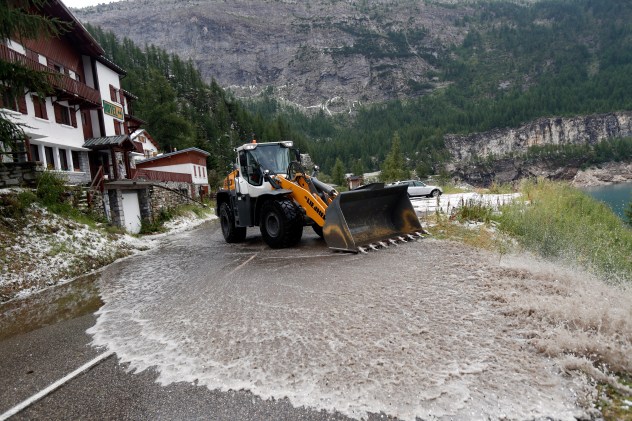 A worker uses a snow shovel to clean the road of the nineteenth stage of the Tour de France cycling race over 126,5 kilometers (78,60 miles) with start in Saint Jean De Maurienne and finish in Tignes, France, Friday, July 26, 2019. Tour de France organizers stopped Stage 19 of the race because of a hail storm as Julien Alaphilippe lost his yellow jersey to Egan Bernal. (AP Photo/Thibault Camus)

As AccuWeather Meteorologist Brian Lada noted, the leaders of the race had just begun to descend the Col de l’lseran, which is the day’s biggest mountain.

“A hailstorm hit the Alps on Friday, blanketing part of the course that the riders had yet to reach,” Lada said. “The roads and mountainside turned white due to all the hail that fell. Crews did not have enough time to clear the course before the leaders arrived, so they decided to end the stage early.”

Aerial videos from the scene depicted trucks working to plow the course in preparation for the riders, but the hail proved too abundant -- and dangerous. There were also reports of landslides in the area.

In case you missed it: 2nd record-shattering heat wave sweeps Europe; Chilly air brings taste of fall to southern US
What are the best, worst weather conditions for cycling?
How does weather play a role in the Tour de France?

The decision to cancel the Friday's stage and shortening the stage on Saturday could potentially play a role in the final results of the event. An altered leader board will change how teams strategize going into the final stage of the Tour de France on Sunday.

The route of the race when the race has been stopped.