Drought conditions will worsen across northeastern Brazil this summer, threatening important crops growing across the region. 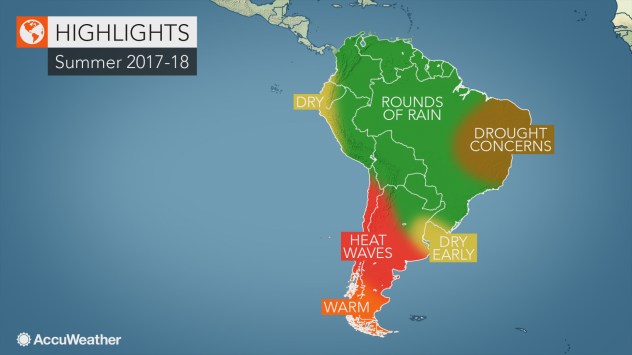 Drought to worsen across northeast Brazil

Northeastern Brazil has been battling drought conditions for several years and the upcoming season will not bring much in terms of relief.

“Northeast Brazil, namely from Bahia to Maranhao on eastward, will be drier than normal during the summer which will likely lead to worsening drought concerns,” AccuWeather Senior Meteorologist Jason Nicholls said.

The dry conditions throughout the summer may impact crops grown across the region, including coffee, which usually buds from November to January.

The limited moisture during this time could reduce the quality of the coffee, according to Nicholls.

The dry weather may also lead to a heightened risk of wildfires across the region into the beginning of 2018.

The summer is also expected to start off dry around southern Brazil, Uruguay and northeastern Argentina before more rain moves in during the second half of the season.

As northeastern Brazil faces a worsening drought, much of the country is forecast to receive plenty of rain and thunderstorms throughout the season.

“Much of the rest of Brazil into Paraguay and northern Argentina will have frequent rains which should result in near- to above-normal precipitation for most of the remainder of the croplands,” Nicholls said.

The widespread rain will also help to limit extreme heat from building across the region. A few heat waves are still possible, but they are expected to be brief before the rains return.

Rounds of rain will also help to reduce drought concerns across Colombia and Venezuela, countries that have faced extreme drought in recent years.

“Rainfall over the past several months has largely reversed the significant drought from the strong El Niño in 2015 into 2016,“ Nicholls said.

Some of the hottest weather across South America this summer will focus on Chile and Argentina as hot and dry conditions prevail across the region.

Heat waves will be common across the region, including in Santiago, Chile, and Córdoba, Argentina.

“The summer is usually the driest part of the year for much of Chile and central and southern Argentina, so we are not expecting much rain, if any, in these areas,” Nicholls said.

Last summer, high demands for electricity during heat waves led to power cuts in Argentina. This situation could recur this summer if the electricity demand spikes once again. 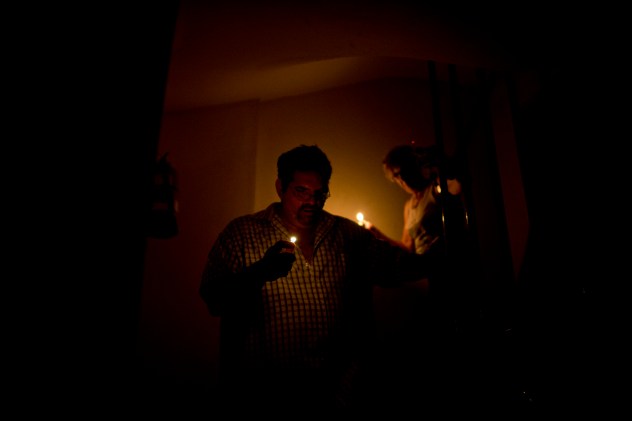 Fernando Ravera and his mother Noemi Galvarini use lighters to navigate the stairs of their apartment building, on the fourth day in a row without electricity in Buenos Aires, Argentina, Thursday, Feb. 18, 2016. The city's energy system has not been able to cope with a summer heat wave, prompting some residents to block streets in protest. Furthermore, the government began rationing electricity on Thursday, affecting thousands of homes and businesses in the capital and surrounding towns. (AP Photo/Natacha Pisarenko)

There may be the chance for light rain to fall in parts of the area on a few occasions this season, but the rainfall will likely be light with a minimal risk of flooding.

Much of the rain that does fall across the countries this summer will do so in the south.

“Far southern parts of Chile and Argentina can have some rain on occasion, especially later in the summer,” Nicholls said.