Car thefts rise during winter: Why you shouldn't leave your car to warm up unattended

Jan 10, 2017; 3:54 PM ET People love to warm up their cars and finish getting ready inside, but did you know that leaving a running car unattended can lead to car theft Are you AccuWeather Ready

It’s not uncommon for drivers to leave their cars to warm up as they prepare to head to school, work or home on a frigid winter morning or dark and chilly evening.

Unfortunately for the owner, an unattended vehicle left running with the keys inside is an inviting opportunity for thieves.

During winter, auto theft rises by about 25 percent, according to Alex Lauderdale, a transportation analyst at EducatedDriver.org.

“This occurs largely [because] winter nights are longer and darker, offering car thieves more time and cover to carry out large numbers of vehicle thefts,” Lauderdale told AccuWeather. “People are also more likely to leave their cars unattended on cold mornings while they let them warm up and defrost, offering thieves the perfect opportunity to strike.” 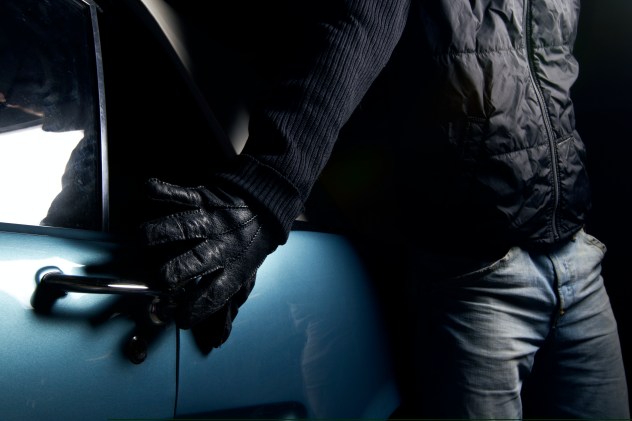 A 2019 poll conducted by Branded Research found that about four in 10 United States consumers either always or sometimes warm up their cars in the winter while leaving it unattended and operating. The poll also found that about one in 10 consumers have experienced car theft as a result.

“Many drivers want their heater to fully kick on before heading to work, or often they think the car runs better once it’s warmed up, so they put the keys in the ignition, turn on the engine and head back inside to finish getting ready,” said Jake McKenzie, content manager for Auto Accessories Garage.

“Thieves know all about this wintertime practice, and they will drive around in groups throughout suburban neighborhoods looking for idling empty cars,” McKenzie said.

Idling your vehicle may not be necessary due to advances in technology.

In modern vehicles, driving helps the engine reach its ideal operating temperature faster than idling it, and the catalytic converter, which reduces emissions, operates much sooner if you’re driving the car, according to the U.S. Department of Energy.

Most vehicle manufacturers recommend avoiding idling your car even on the coldest days and instead driving off gently after letting it run for about half a minute.

The engine will warm up more quickly by being at work, and the interior of your car will heat up faster as well, the U.S. Department of Energy reports.

“When people discuss warming an engine up before driving to prevent wear and tear, that usually refers to the carburetor-equipped engines of yesteryear,” McKenzie said. “Chances are that your more modern vehicle employs fuel injection and an engine control unit that can operate efficiently in subzero temperatures.”

Experts weigh in: Do you need to warm up your car in cold weather?
Life-saving items to keep in your car in case a winter emergency happens
Experts debunk 4 winter driving myths

Not only might it be unnecessary to leave your car running outside your home or even a convenience store for a quick stop, but it’s also illegal in some states. Drivers could face fines in states including Massachusetts, Maryland, New Jersey, New York, Colorado and Utah.

To minimize the risk of having your car stolen during the colder months, Lauderdale recommended not letting your car out of your sight while deicing. “Save the windshield for last, as this can serve as a theft deterrent,” he said.

He also advised keeping vehicles parked in a well-lit area so that potential thieves don't have the cover of darkness. “If you have the opportunity to park in your garage, do so. This is your safest bet,” Lauderdale said.

It’s also strongly recommended that drivers never leave their keys inside a running and unattended vehicle, even if it’s just for a minute. Keeping valuables like credit cards, cell phones and purses out of sight or hidden in the trunk is also advised.

In case your vehicle does get stolen, it’s also a bad idea to leave your vehicle title in the car, as it makes you a target for identity theft as well as helping thieves more easily dispose of your vehicle, according to the National Institutes of Health’s Office of Research Services.

Experts also suggest always keeping windows rolled up and doors locked, even if the vehicle is parked in your driveway or garage.