Anchorage, Alaska, shrouded by one of longest smoke events in history

The increased amount of fine particulate matter in wildfire smoke can trigger uncomfortable symptoms in your eyes, including redness, swelling, burning and itching. Use these tips to protect your vision.

Following the first ever Dense Smoke Advisory for Anchorage, the Swan Lake Fire, responsible for the smoke, continues to burn south of the city over the Kenai Peninsula of Alaska.

The city is likely to face more smoke and may challenge record high temperatures this week.

Smoke from the blaze drifted over the Anchorage city area from Thursday to this past weekend.

The large fire has charred more than 70,000 acres on the Kenai Peninsula since being ignited by lightning on June 5.

The fire was 14 to 15 percent contained as of Tuesday morning, according to Inciweb. 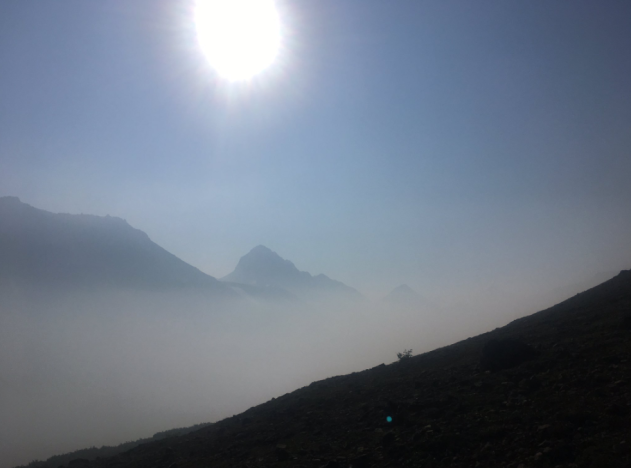 A smoky scene was viewed by those looking toward Suicide Peaks in the Chugach Mountains from the McHugh Ridge on Saturday, June 29, 2019. (Twitter/@Souldotna)

The city's international airport registered its second longest duration of an observation of smoke with visibility at or below six miles since 1960, according to Climatologist Brian Brettschneider.

The National Weather Service office in Anchorage issued the first ever Dense Smoke Advisory for the region on Saturday afternoon. 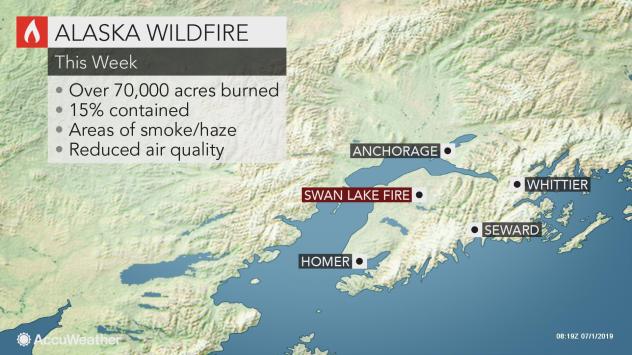 Air quality was listed at good levels on Sunday night as the worst of the smoke had cleared.

That will not mean an end to smoke problems for Anchorage. Winds may not be strong enough to sweep all of the smoke away from Anchorage during early July.

How forest fires play an essential role in natural life cycles of plants, wildlife Why some plants can withstand wildfires better than others 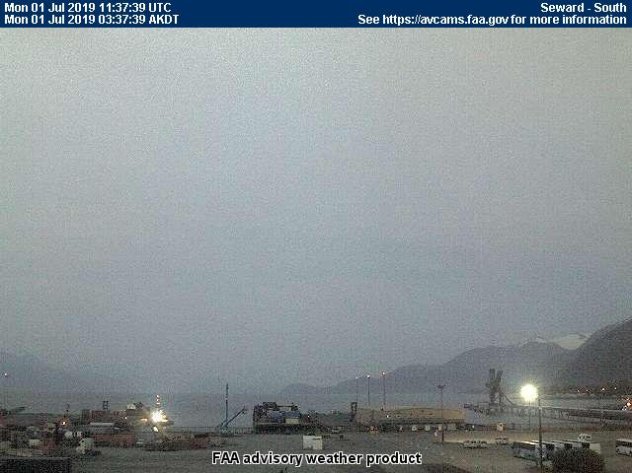 "Fluctuating winds can spread smoke back to Anchorage at times this week," according to AccuWeather Senior Meteorologist Brett Anderson.

Residents, especially those with respiratory issues, the elderly and children, should be prepared to take the necessary steps to protect against smoke inhalation. 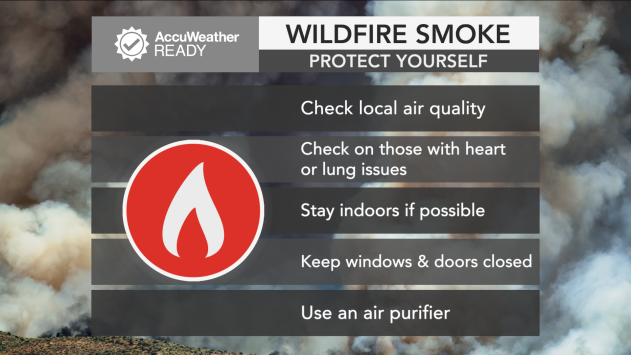 Any smoke can then get trapped near the surface as a strong area of high pressure is set to build back overhead late in the week. Air quality can worsen amid the stagnant conditions.

A weather pattern similar to what is expected later this week caused Anchorage to endure its hottest day in three years on Saturday as temperatures soared to 82 F.

The upcoming weather pattern is forecast to send temperatures soaring back to or above 80 F. Daily record highs will be challenged.

For much of Alaska, the warm weather pattern is likely to last into early next week.

Download the free AccuWeather app for the latest temperature trends in your community. Keep checking back for updates on AccuWeather.com and stay tuned to the AccuWeather Network on DirecTV, Frontier and Verizon Fios.