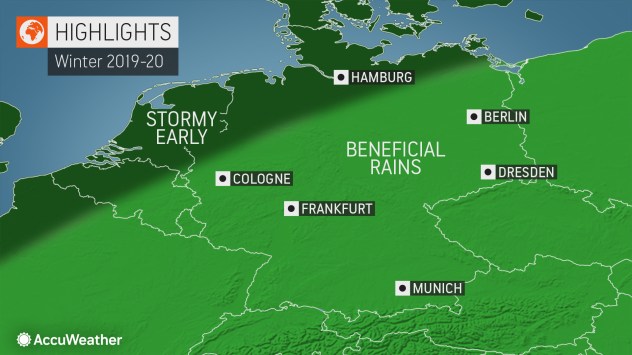 A stormy season across much of Germany this winter will help to ease ongoing drought conditions.

After scarce rainfall over the past two years has left much of the country parched, Mother Nature will bring some relief in the upcoming season.

According to AccuWeather meteorologists, storms are set unleash beneficial rainfall which could be significant enough to put a dent in the drought.

“This will be brought on by an active stormy season, especially in the early half of winter, which does include some windstorms,” AccuWeather Meteorologist Tyler Roys said.

The best chance for impacts from windstorms will be largely across northern Germany, including Cologne, Hamburg, Dusseldorf and Berlin.

However, the threat for these storms will ease slightly in the second half of winter. 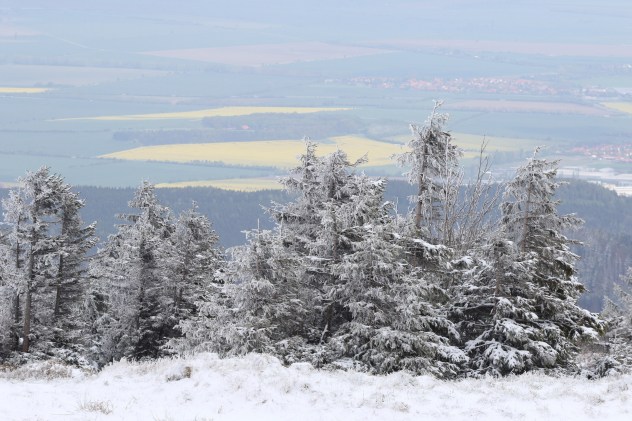 Trees are covered with snow at the hill Brocken near Schierke, Germany, May 4, 2019. (Matthias Bein/dpa via AP)

Roys added, “There will be longer periods of dry weather in between storms. This doesn’t mean windstorms and rain won't happen; they will just happen less frequently.”

The wet weather will be great news for agriculture, as dry conditions have left farmers struggling to cope.

As a result of the active storm track, temperatures for the winter overall will be near to above normal.

The mildest air will be felt across central and northern Germany, including Frankfurt, Cologne, Dusseldorf, Hamburg, Hanover, Berlin and Dresden.

Southern Germany, mainly near Munich, will be closer to normal.

During the second half of winter, as longer dry periods take hold, chances for cold shots from the north and east will increase, resulting in spells of normal to slightly-below-normal temperatures.