8 places to see stalagmites and stalactites in the US

There are some very unusual caves in New Zealand.

The wonder and amazement of seeing breathtaking stalagmites and stalactites in person can’t be overstated. These magnificent creations, formed in caverns deep below the earth over millions of years, seem otherworldly when you encounter them. There are thousands of caves across the U.S. that host these wondrous formations, though only a handful have become major tourist attractions. Many of the caves are too dangerous for even the most intrepid adventurers. Others are only now being unearthed. There are plenty to choose from, however, that are accessible and breathtaking. 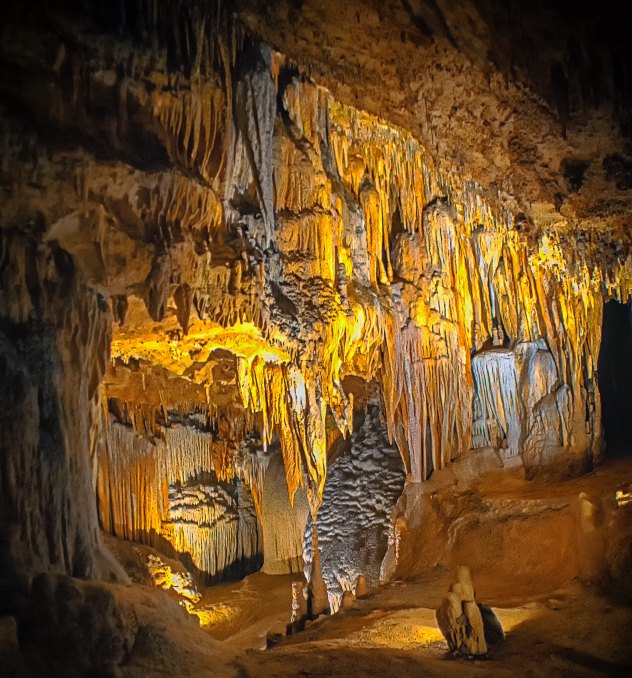 Colloquially known as the “Grand Canyon with a roof on it,” Carlsbad is one of the world’s most magnificent cave systems. The parts that have been explored span over 30 miles. The caves are famous for their amazing stalactites and stalagmites adorning the roofs and floors. You’ll also be able to walk into the famous “Big Room,” a massive 14-acre opening filled with these formations.

Mammoth Cave gets its name for being the longest cave in the world. Its passages sprawl 285 miles into the earth, and that’s only the corridors that have been surveyed. This cave has endless labyrinths to explore that stretch deep into the earth. If you consider yourself a hardcore spelunker, you can opt to take one of the wild tours where you can explore dusty tunnels and muddy crawl spaces. There’s also a section of the cave that’s only a foot and a half wide. This may be too tight for claustrophobic people. For gazing at the rock formations, take one of the paraffin lamp tours: The faint light dancing on the cave walls is a sight to behold and offers an unforgettable ambiance.

Caverns of Sonora in Texas

Texas is known for big things. The Caverns of Sonora are no different: they’re over 150 feet deep and over 20,000 feet long. But the size isn’t what makes Sonora notable. For stalactites and stalagmites, there is no better cave system. The formations here were made over 100 million years from limestone with an amazing pink and rose-colored tint. These formations are some of the most beautiful in the world. The translucent helictites are also worth viewing, formations that have emerged from the walls in abstract patterns.

These caverns get their name from the beautiful waterfall that runs through the cave. But this waterfall isn’t the primary reason to visit. Niagara Cave boasts massive stalactites and fossils that are over 400 million years old. If you’re a romantic spelunker, there’s even a wedding chapel built into the cave that’s hosted hundreds of weddings.

Ellison’s Cave is sizable, stretching in length over 60,000 feet and going over 1,000 feet into the earth. But what’s notable about Ellison’s isn’t its size — it’s the cave drops that it has. These are some of the deepest cave drops in the U.S., with one of them dropping a full half of the depth of the entire cave system. People have died trying to explore Ellison’s, so don’t get too adventurous unless you’re a highly experienced spelunker. 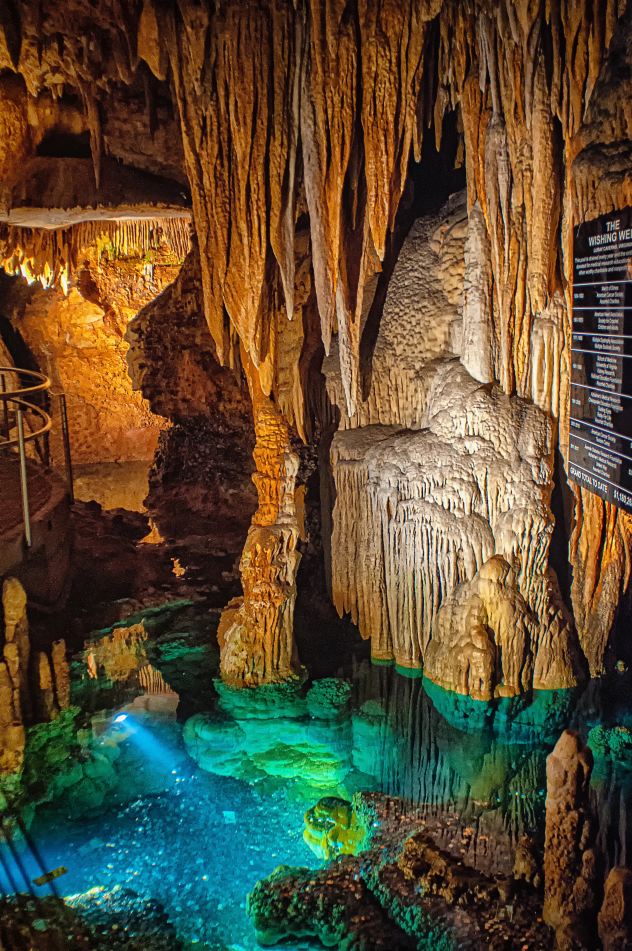 The Luray Caverns are known for their massive rooms that stretch up to 10 stories high. The stalactites and stalagmites here are enormous, feeding into rock columns that reach hundreds of feet towards the cathedral-like ceilings of these caves. These caves are also home to an earthly musical instrument — a stalactite organ that, when tapped with rubber mallets, produces haunting sounds. The Luray Caverns are the third most popular caves in the U.S., so they should top your list if you’re a passionate spelunker.

Jewel Cave is the second-longest cave in the U.S. and third in the world. It has over 150 miles of labyrinths and passages that creep into the earth. The stalactites and stalagmites here are breathtaking. They’re accompanied by other unique formations such as frostwork and flowstone. There are even translucent “balloons” you can behold — a bubble formed from magnesium carbonate over millions of years.

Deep in the Ozarks in Missouri are the Meramec Caverns. These caves are most famous for being one of the hideouts for the notorious outlaw Jesse James. It’s the largest cave system in Missouri and, in addition to the usual suspects of stalactites and stalagmites, offers a unique formation: Billboards with ad space that have been built into the cave walls.