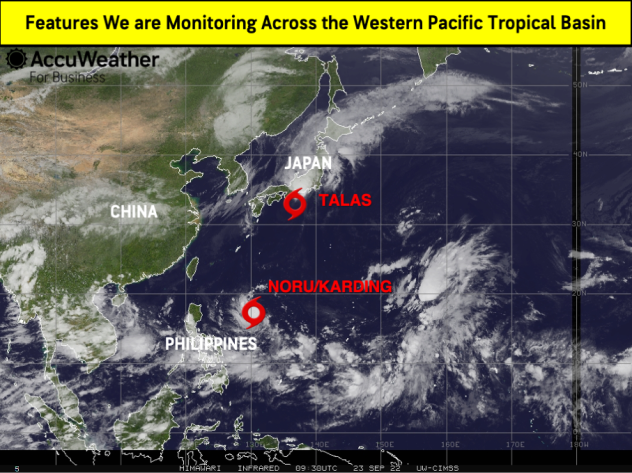 Winds are not expected to be a major concern but coastal areas of southern Honshu can have wind gusts up to 70 mph (113 km/h) which can result in power disruptions, rough seas and perhaps some damage. 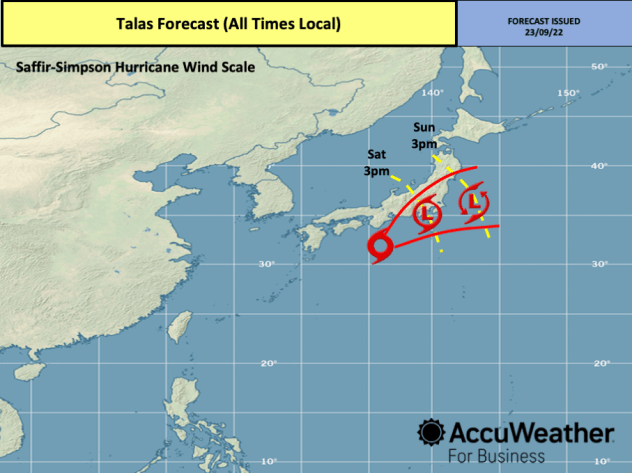 Tropical Storm Noru has formed over the Philippine Sea well east of Luzon and known as Tropical Storm Karding in the Philippines. Noru/Karding is expected to strengthen as it tracks westward over the next couple of days. This track would result in the storm bringing heavy rain, risk of flooding and mudslides and gusty winds to the northern Philippines Saturday night and Sunday, local time. Once past the Philippines the westward track will continue with additional strengthening over the South China Sea early next week. There is a good chance the storm can reach typhoon intensity before reaching Vietnam later Tuesday or Tuesday night, local time. 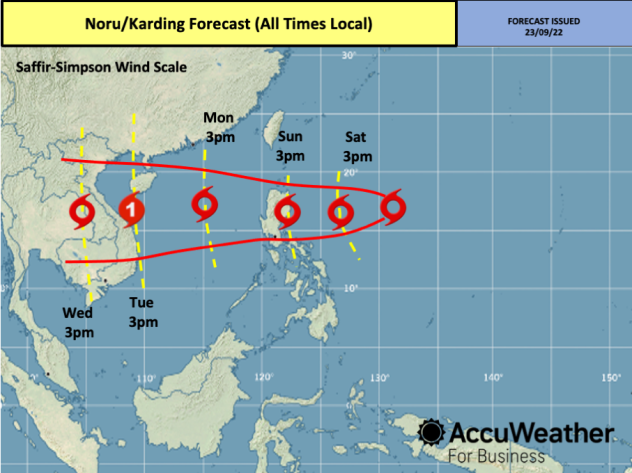 The storm can brush Hainan Island with gusty winds and heavy rainfall Monday night into Tuesday, local time. Torrential rain, areas of flooding, damaging wind and risk of mudslides are expected across portions of Vietnam Tuesday into Wednesday, local time. Heavy rain and risk of flooding can affect southern Laos, Cambodia and northern Thailand around midweek. 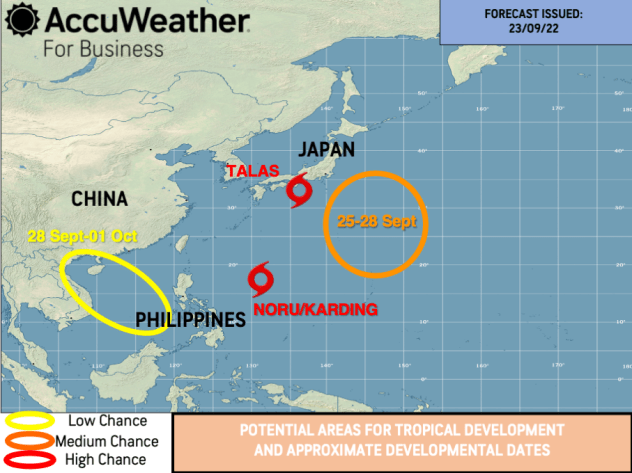 Conditions will be conducive for additional tropical development near or north of the Mariana Islands late this weekend or early next week. A general track toward the north or north-northwest is expected which means any development could pass just east of southeast Japan. There is also the chance for tropical development over the southern or western South China Sea later next week. Areas from Vietnam to Hainan Island and southern China should monitor for possible impacts.