After a brief period of quiet weather, the West Pacific is stirring back to life with a tropical depression west of Guam and a strengthening tropical low near Palawan. 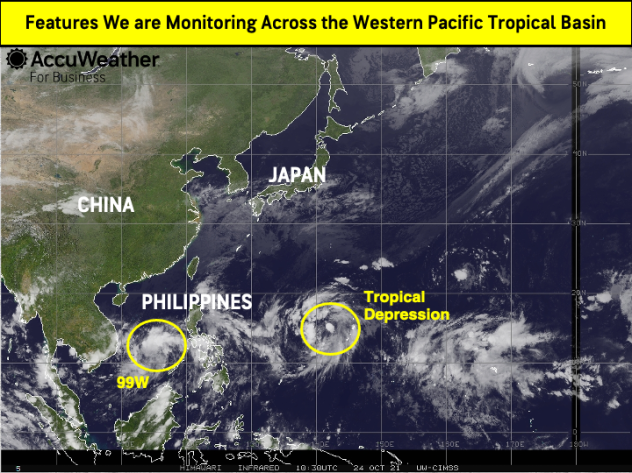 The low over the South China Sea, near Palawan, will strengthen as it tracks westward during the next couple of days. There is a chance the low can become a depression or weak tropical storm before reaching southern Vietnam Tuesday night or Wednesday, local time. 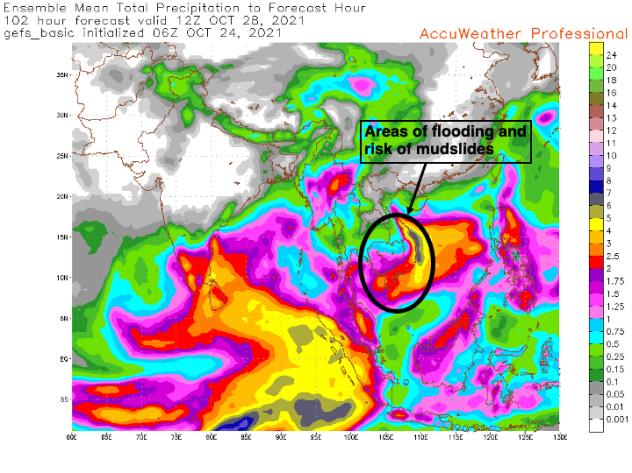 Regardless of intensity, the main threat will be heavy rain and the risk of flooding and mudslides across central and southern Vietnam into Cambodia later Tuesday into Thursday, local time. Widespread rainfall of 50-100 mm (2-4 inches) is expected across these areas with an AccuWeather Local StormMax™ of 250 mm (10 inches).

Meanwhile, the tropical depression west of Guam will continue to strengthen as it tracks toward the north-northwest over the next couple of days. The depression should become Tropical Storm Malou on Monday, local time, but should remain well west of the Mariana Islands. 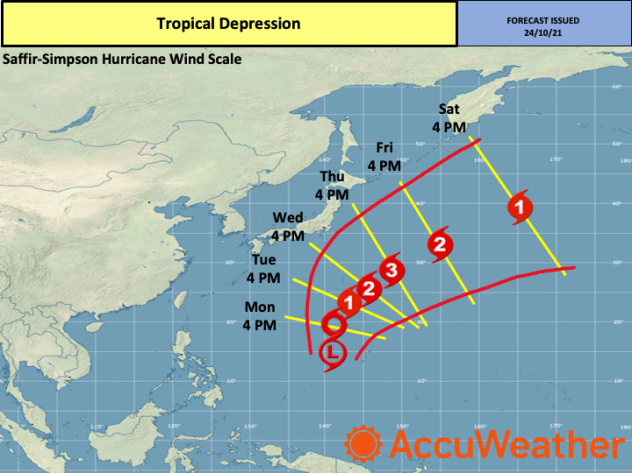 A turn to the northeast is expected around Tuesday which should bring the storm near the Volcano Islands with heavy rain and strong winds around midweek, local time. Other than the Volcano Islands, the storm will have minimal impacts on other landmasses as it should accelerate toward the open Pacific late in the week. 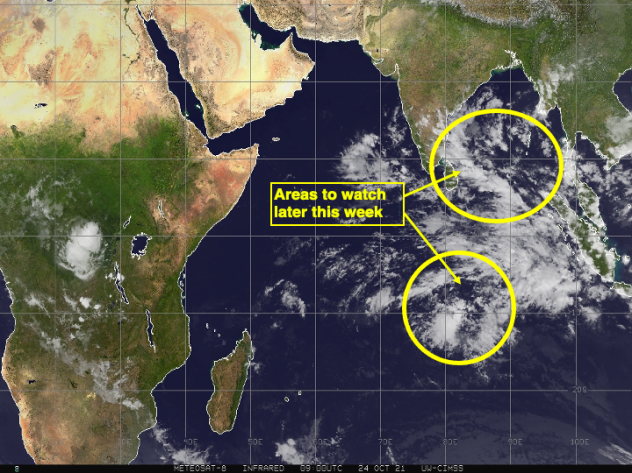 Outside of the West Pacific, conditions are expected to become conducive for a low to develop in the southern Bay of Bengal later this week. This low can become more well marked or a depression, but may fall short of cyclone intensity before reaching southern India. Regardless of intensity, this system is expected to bring heavy rain and the risk of local flooding to Tamil Nadu, Kerala and southern Karnataka into Sri Lanka Friday and Saturday. 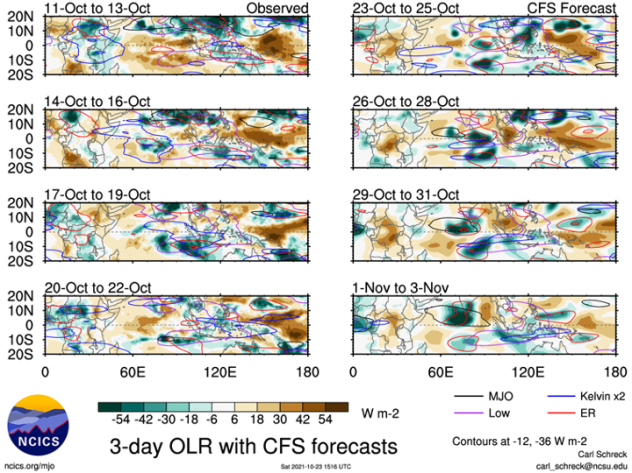 Another low can develop in the southern Indian Ocean to the east of Diego Garcia around midweek. Any low has the potential to strengthen as it tracks toward the south-southwest late in the week with a low to medium chance of becoming a depression or tropical storm around next weekend. Even if a tropical storm forms in this area it will be no significant threat to land.