Ocean heat content is an ideal measure of how the world's oceans have been warming due to climate change. Sea surface water temperature graphics are constantly shown in the media, but they only show you what is happening right at the top of the ocean surface. Ocean heat content measurements can include the top 700 meters or even the top 2000 meters of the ocean, which clearly gives you a bigger picture of what is happening deep below the surface.

As you can probably guess, the world's ocean heat content has been steadily climbing. With warmer water, there is more available heat energy for storms and tropical cyclones, which can make them more extreme. 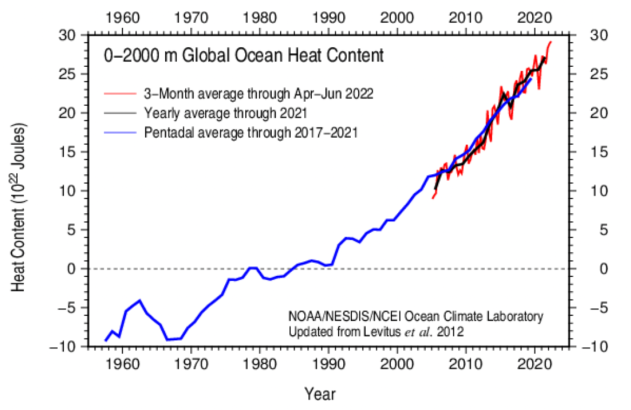 The warming of the world's oceans is also causing the sea level to rise via thermal expansion. In addition, we are also getting significant contributions to sea level rise from the melting of large land-based ice sheets such as Greenland and Antarctica. 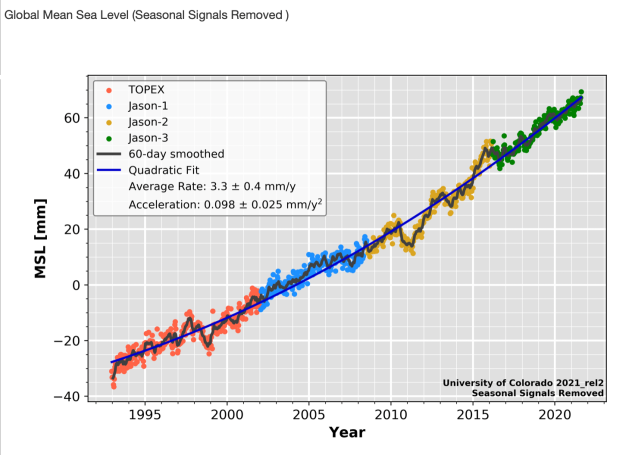 Global sea level measurements going back to the 1990s. Image courtesy of the University of Colorado.

On average, the global sea level is currently rising at about 3.3 to 3.4 mm per year or 3.4 cm/1.34 inches per decade. Unfortunately, this rate of sea level rise is expected to further accelerate in the coming decades, which will cause even more negative impacts to many coastal communities throughout the world.

Keep in mind, sea level rise is not uniform across the world, with some regions having a much higher or lower rate of rise compared to other regions. A few locations in the Southern Ocean are even going through some decrease. 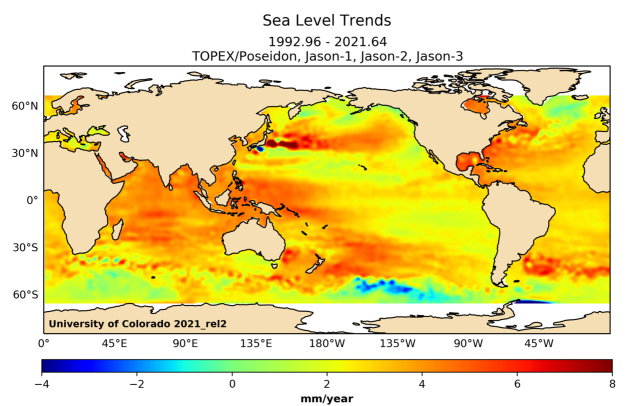