Another sobering year for the Arctic

NOAA recently released their annual report card for the Arctic region, and to no surprise, the news is not good.

The Arctic region experienced their seventh-warmest year on record, averaging slightly more than 1 degrees Celsius (1.8 degrees Fahrenheit) above the 1981-2020 average. 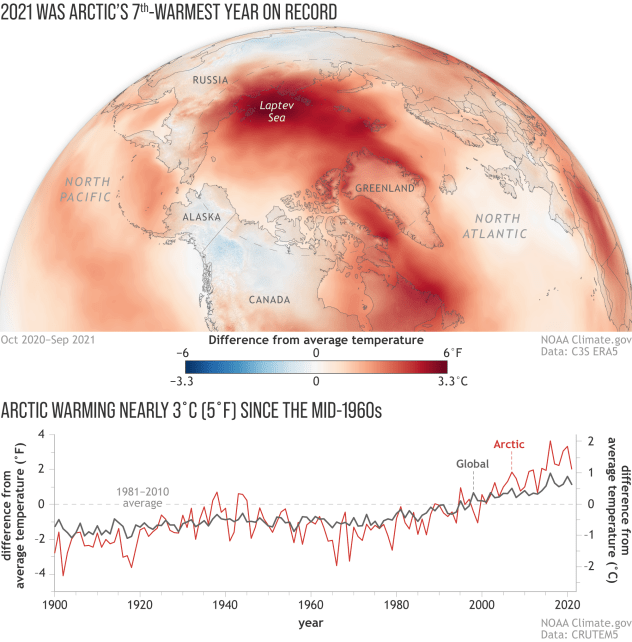 In terms of the annual sea ice extent minimum, 2021 was once again well below the 1981-2010 average, but not quite as low as the past few years. But as you can see by the chart below, the annual minimum trend, especially since the start of this century, has been in a clear decline, while the annual maximum has only slightly declined. 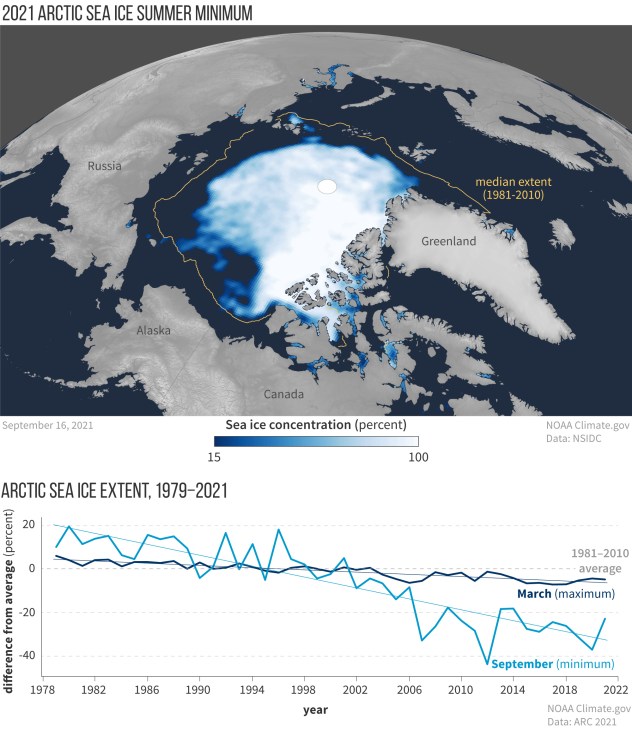 As I have stated many times in the past, sea ice thickness is a better indicator of the overall health of sea ice. Arctic sea ice thickness has been shrinking steadily since the 1980s. What we are seeing is a much higher ratio of younger, thinner sea ice compared to older, thicker sea ice. This younger sea ice is much more susceptible to completely melting out during the summer months compared to the older ice. 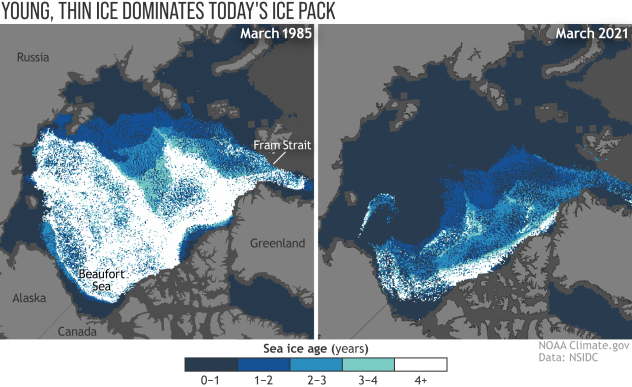