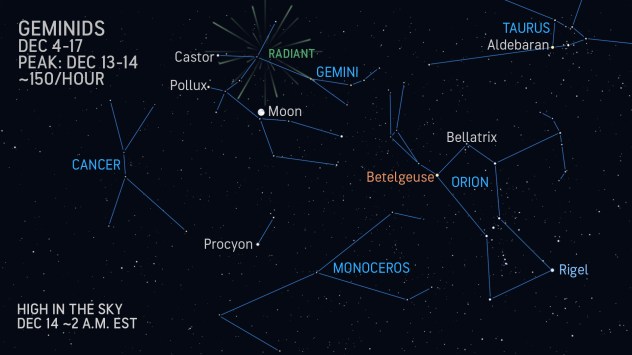 This year, the Geminid meteor shower will produce more meteors per hour than any other shower. The peak of the shower is the night of Friday, Dec. 13 into Saturday, Dec. 14. There could be as many as 150 meteors per hour. 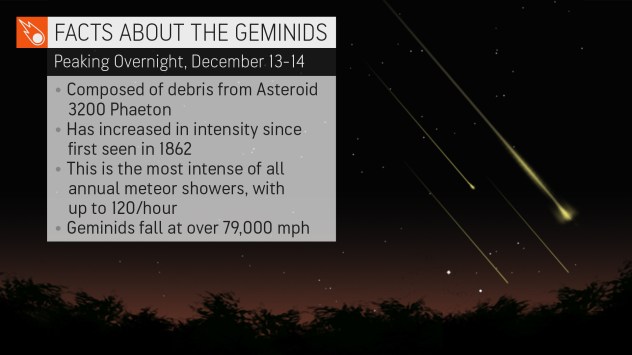 The Geminid meteor shower is very active through the entire night. The peak lasts a full 24 hours, so the entire world will get to enjoy it!

To find the Geminids, don't worry so much about the exact location of the radiant. All you need to know is the radiant will be overhead most of the night. This means meteors will be active through the night. The best way to see the most meteors is simply to see as much of the sky as possible. The easiest way to do this, is to lie flat on your back, in a lounge/lawn chair for example. Once your eyes adjust DO NOT LOOK AT YOUR PHONE, or any other source of light. 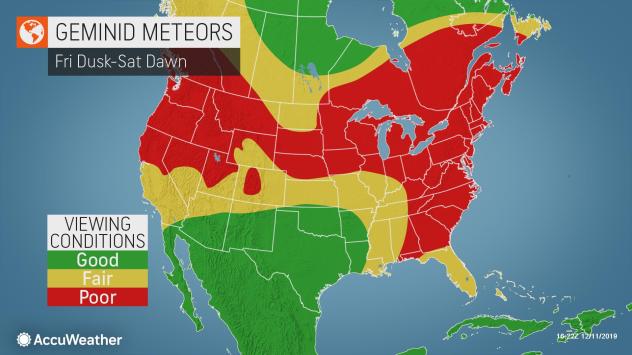 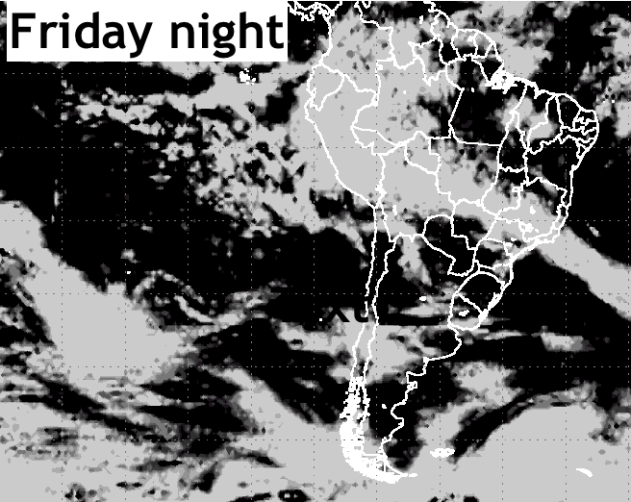 Across the Eastern Hemisphere, the peak of the meteor shower will stretch over two nights. So, both Friday and Saturday night sky cover were included. Even in North and South America, Saturday night could be quite active as well. But, more meteors are expected Friday night.

Geminids background
The meteor shower is triggered by an interesting object: 3200 Phaethon is a comet/asteroid hybrid. It orbits the sun every 550+ days. This object puts out a fresh batch of debris every other year. This makes the Geminid meteor shower very consistent. Some argue it is actually increasing in intensity.

I set up the camera Thursday morning to try to catch some meteors. I was able to get one. With the full moon, the background sky is very bright, so only the brighter meteors are captured. 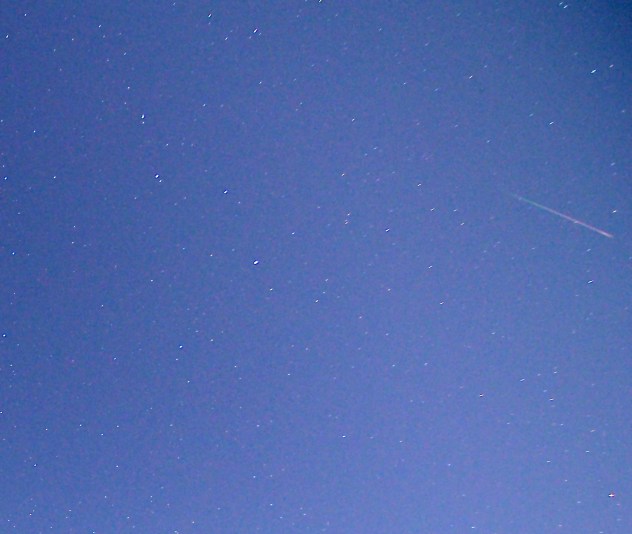 A meteor associated with the Geminids captured the night before the shower's peak. (AccuWeather/Dave Samuhel)

Speaking of the moon, it sure did look impressive as it set this morning. Here is the view from AccuWeather HQ this morning. 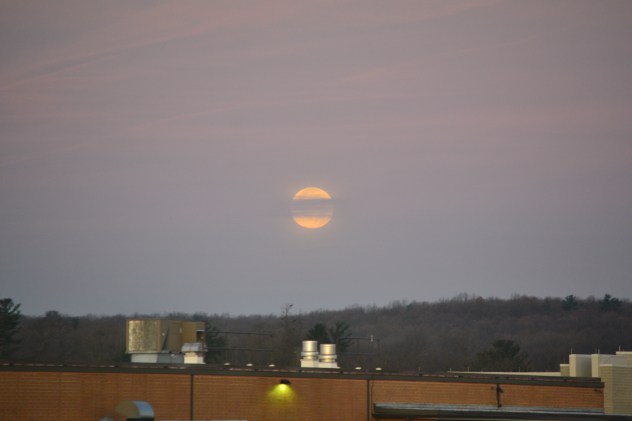 Good luck meteor hunting! Thanks for reading. Just look up; you never know what you will see!