The projected weather pattern is expected to result in an expansion of Arctic air into western and central Canada over the next few weeks, while the main Pacific storm track shifts farther south into Oregon and California, including the United States Rockies.

In the East, the North Atlantic oscillation will be trending more negative into the first week of January, and normally that gets snow lovers excited along the Northeast U.S. coast. However, at the same time, the PNA oscillation will likely remain in the negative phase, which will make it hard to get big coastal storms. Instead, look for a general trend for colder weather, but the core of the cold will be across western Canada.

However, there are indications that the NAO may turn back to positive sometime during the second week of January, and many times, the transition from a negative NAO to a positive NAO has resulted in a big storm in the eastern U.S. and up into Quebec and the Maritimes, so we will see.

In the meantime, we got a moderate-size storm coming into the Northeast U.S. early Saturday morning into Saturday night, and this should result in several inches of snow for northern New England and perhaps portions of Ontario, Quebec and the Maritimes. 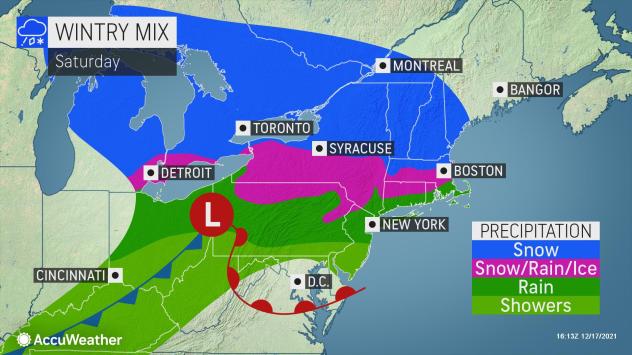 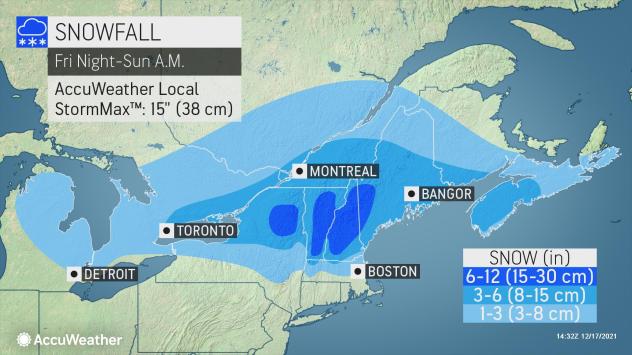 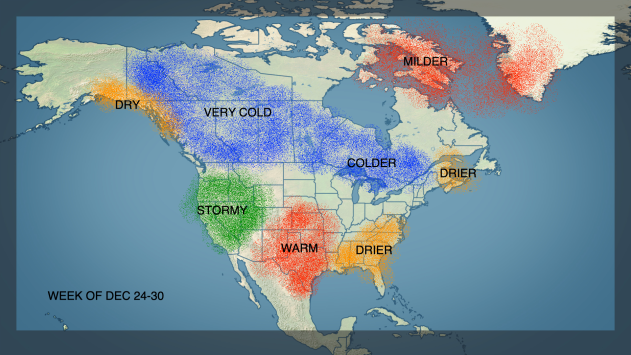 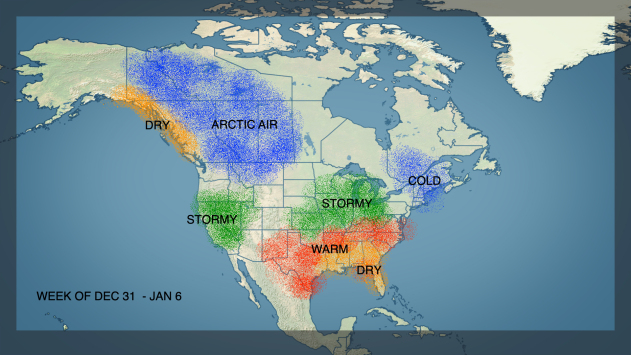 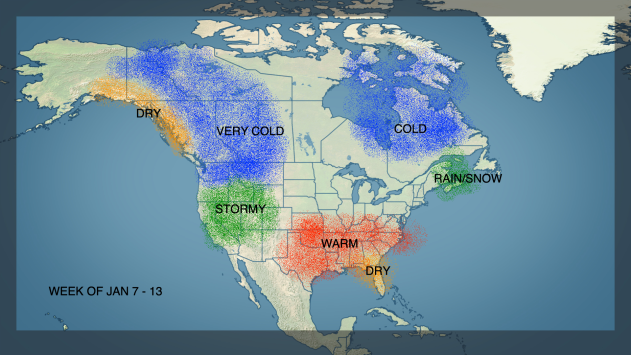