Researchers with Oxford University have developed a COVID-19 test that takes just 30 minutes to determine if a patient has the virus, and it could be available for use soon.

An unusually dry end to the summer season across parts of South America is expected to impact the harvests of important crops in the region.

"Rainfall averaged below normal across much of southern Brazil, including [the states of] Rio Grande Do Sul, Santa Catarina, for the month of March, and in many instances the entire summer season," said AccuWeather Senior Meteorologist Jason Nicholls.

Some major cities in these states include Porto Alegre, Santa Maria and Florianopolis, although even Curitiba in Parana had a drier-than-normal month of March. 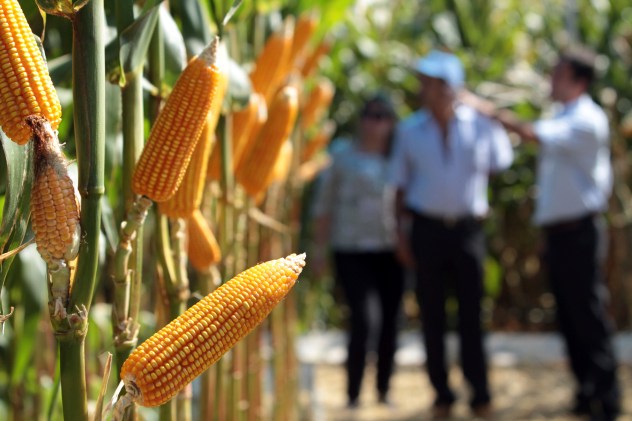 In this May 19, 2011, file photo, corn stalks stand during the Agro Brasilia, an agricultural exhibition on the outskirts of Brasilia. (AP Photo/Eraldo Peres, File)

All of the above cities saw 35 percent or less of their normal rainfall for the month, which has proven significant for growing areas of corn and soybeans.

Although not as extreme, parts of northern Argentina, which are also contributing producers of these crops, only recorded 30-65% of their normal rainfall during the month of March.

"The resulting drought from the lack of rainfall across these crop-heavy regions, in addition to bouts of heat, have stressed corn and soybean crops and has led to a reduction in crop yields," added Nicholls.

Argus reported in mid-March that Rio Grande do Sul lowered the estimates for their soybean and corn harvest for the second time in less than two weeks. Unlike other regions of Brazil, the geography of the region keeps the state from having a second harvest, like many other states in the country.

Rio Grande do Sul and Santa Catarina alone account for 30 percent of Brazil's first corn crop and over 16 percent of the country's soybean crop. Reductions in both could cause shortages as well as affect pricing and the economy.

Further complicating how this crop yield could affect the world's economy is the COVID-19 pandemic. Argentinian President Alberto Fernandez announced on Sunday that the mandatory countrywide quarantine would extend into mid-April.

On Wednesday and Thursday, a front brought rain and gusty thunderstorms to northern Argentina and southern Brazil.

While rainfall totals reached 40-60 mm (1.5-2.5 inches) in some locations, this is unlikely to be enough to ease the drought conditions, according to Nicholls.

AccuWeather meteorologists say drought conditions will continue to build as the next chance for rain is not expected until early next week.