What is the Waffle House Index?

The Director of PR and External Affairs for Waffle House, Pat Warner, explains the origins of the "Waffle House Index."

The Waffle House Index is an informal measure of a storm’s severity and its effect on a stricken community. It comes from Waffle House’s reputation for being well-prepared for disasters and either remaining open during disastrous weather or reopening shortly afterward.

Craig Fugate, who was then the FEMA Administrator, coined the term shortly after the Joplin tornado of May 2011. The massive tornado devastated the town and caused $2.8 billion worth of damage. It also killed 158 people and injured roughly 1,150 others. Both of the Waffle Houses in Joplin, however, remained open.

Waffle House, especially the locations in areas that get a lot of hurricanes, has a reputation for its effective handling of disasters. It has a limited menu prepared for times of food shortages and power outages. It also assembles “Waffle House jump teams” who can quickly reopen the restaurant after a disaster as soon as it is safe to do so. Other franchises, such as Lowe’s, Walmart, and Home Depot, have similar policies.

Panos Kouvelis, who is both the Director of the Boeing Center for Supply Chain Innovation and the Emerson Distinguished Professor of Operations and Manufacturing Management at Washington University in St. Louis, called Waffle House and other companies “role models” for disaster preparedness.

Kouvelis described how Waffle House handles disasters, “They know immediately which stores are going to be affected and they call their employees to know who can show up and who cannot. They have temporary warehouses where they can store food, and most importantly, they know they can operate without a full menu. This is a great example of a company that has learned from the past and developed an excellent emergency plan.” 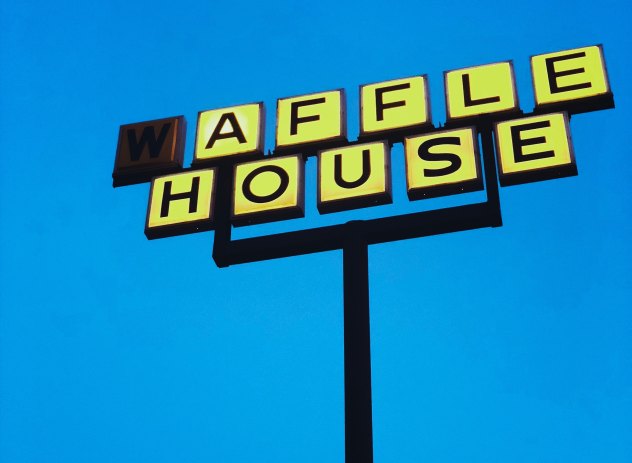 The Waffle House Index has three levels based on the amount of service that the restaurant can provide right after a bad storm:

Since Waffle House has a limited menu planned for power outages and limited supplies, the Index rarely reaches red. Fugate once commented, “If you get there and the Waffle House is closed? That’s really bad…” He added that FEMA should send its people and equipment to such communities first. 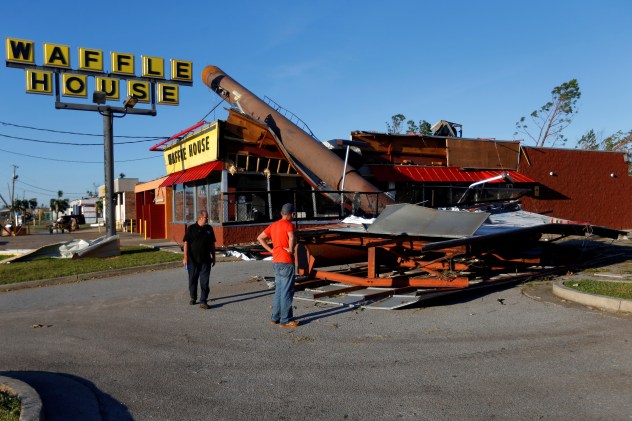 As bizarre and silly as the Waffle House Index might sound, it does indicate how a community is doing after a devastating weather event. An open Waffle House can feed people who have lost their homes, plus hungry first responders who have worked up an appetite rescuing people. In addition, the quicker businesses like grocery stores, restaurants, and banks reopen after a disaster, the quicker the community at large will recover.

The Waffle House Index is thus a surprisingly useful indicator of how well a community is faring after a severe storm. 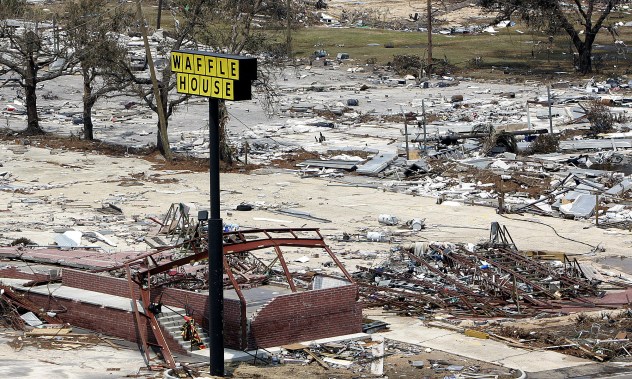 Before a storm, a Waffle House Index might indicate who is evacuating in the wake of any alerts or warnings. Businesses like Waffle House pay attention when the state governor declares a state of emergency or has all of the schools closed. They may, in turn, decide to close themselves and tell their employees to evacuate. If a Waffle House closes before a storm, it is a sign that they expect extremely severe weather – and that people in the area should also evacuate.

FEMA does pay attention to such closures, for they can indicate how many people have evacuated from a town. That knowledge helps FEMA decide what they need to do after the storm.

The Waffle House Index is thus a useful tool that indicates how a community has responded to extreme weather.

What is thundersnow?
What is the best way to melt ice?
Top tips to survive a winter power outage
The 3 major causes of winter accidents and how you can avoid them
7 efficient house plants that help purify your indoors
Best things to see and do when visiting Atlanta
Report a Typo