The month of May started off with a bang as severe thunderstorms containing large hail and tornadoes struck the central Plains on Tuesday and Tuesday night.

More than one dozen preliminary tornadoes were reported, most of which occurred in Kansas. This marks the first time this year that tornadoes touched down in the state.

While this is unusually late for the first tornado of the year in Kansas, it does not break the record for the state's latest occurrence, which stands at May 28, 1980.

Farther south, Oklahoma may have also ended its abnormally quiet start to the severe weather season.

A possible tornado was reported near Buffalo, Oklahoma, right around the Kansas-Oklahoma border. If this preliminary report is confirmed, May 1, 2018 would mark the latest start to the tornado season in the state’s history.

Fortunately, many of the tornadoes occurred in sparsely populated areas, limiting the amount of damage inflicted by the storms.

Late-week severe weather risk to extend from Texas to New York state, perhaps Maine
What is a tornado emergency?
10 tornado facts you might not know about

A large number of the storms also produced hail up to the size of softballs in parts of Kansas and Nebraska. Pictures on social media showed car windows smashed as a result of the massive hailstones.

Some of the same areas that were hit with severe weather on Tuesday dealt with another round of violent thunderstorms at midweek.

People farther east toward the Mississippi Valley, Great Lakes and even the Northeast are also being put on alert for possible severe weather into Friday. 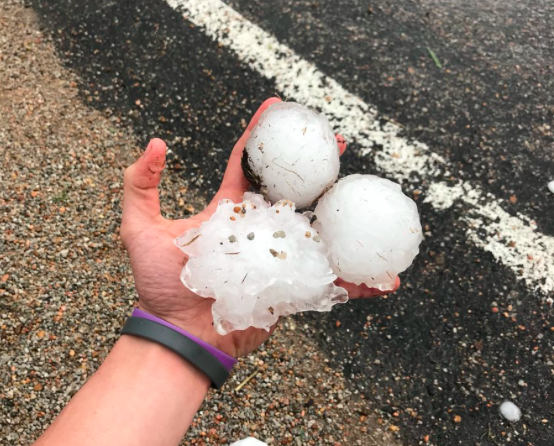 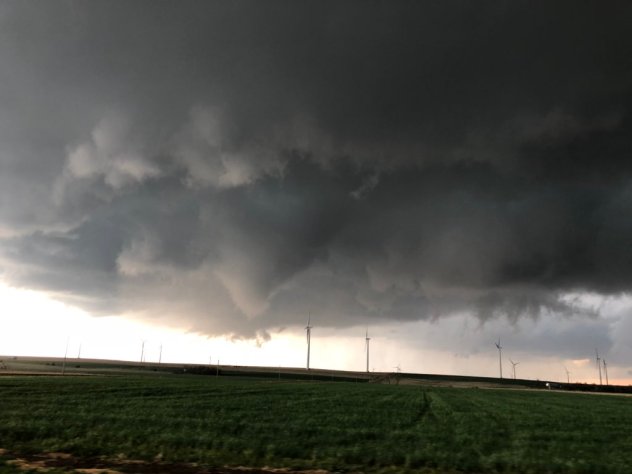 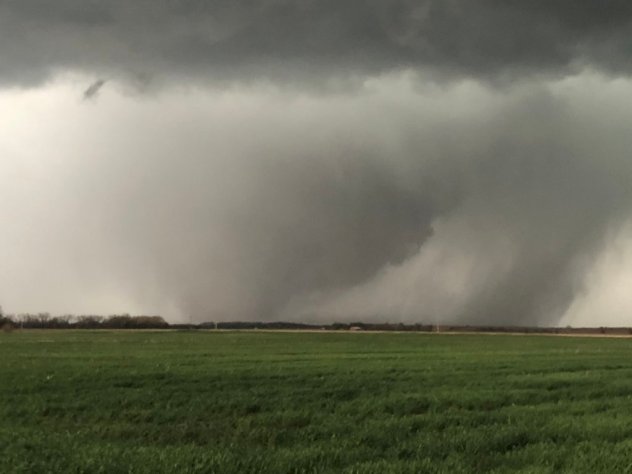 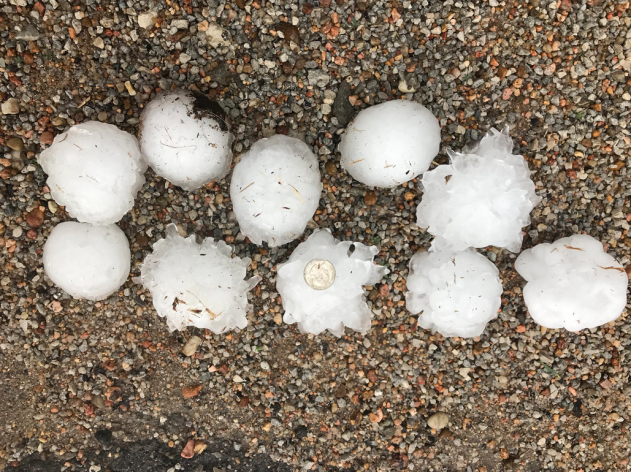 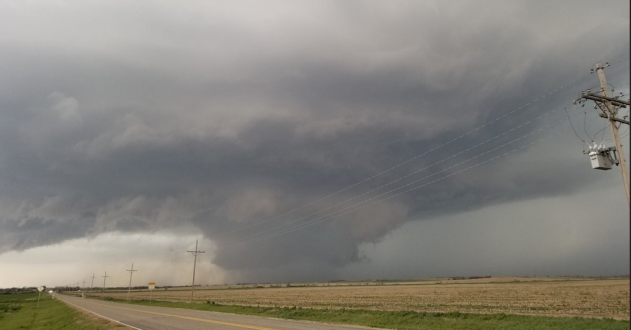 A severe thunderstorm in Kansas on Tuesday evening. (Photo/Jonathan Petramala)

The cattle had to deal with some nasty hail today in southern Kansas. There was so much of it that it almost covered the ground. #kswx @NWSDodgeCity @KOCOdamonlane pic.twitter.com/Q6c5nO6c4w

Yeah that hail did this to my new car. pic.twitter.com/vzmwOxLiYK