UPDATE Jan. 4, 2021: Additional readings for 2020 are still coming in. A new report from Highlands, NC takes the #1 spot from Sapphire, NC, previously reported. This has been updated below.

2020 is over, and good riddance. One thing that stands out from the year -- in addition to hurricane season -- is the total rainfall in the Southeast U.S. 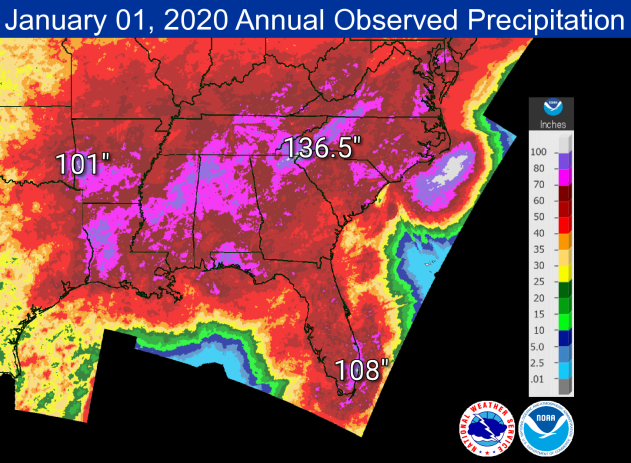 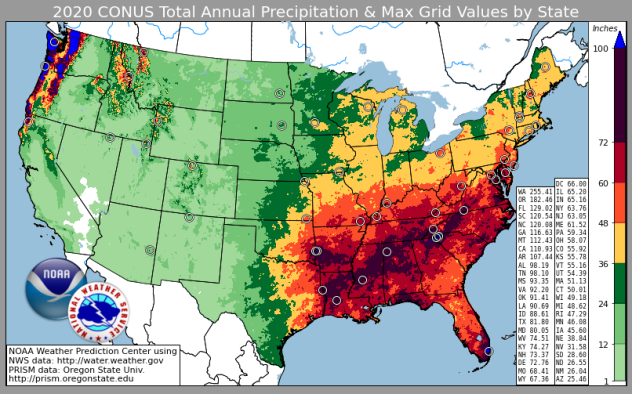 The map above calculated the highest rainfall in each state (this is a combination of gauge and radar estimates) and confirmed over 100 inches in five states (not including Tennessee):

Other states in the Pacific Northwest, including California, Washington, and Oregon, also saw over 100 inches, but extreme rainfall is more common in that region and none cracked the top 10 wettest years. 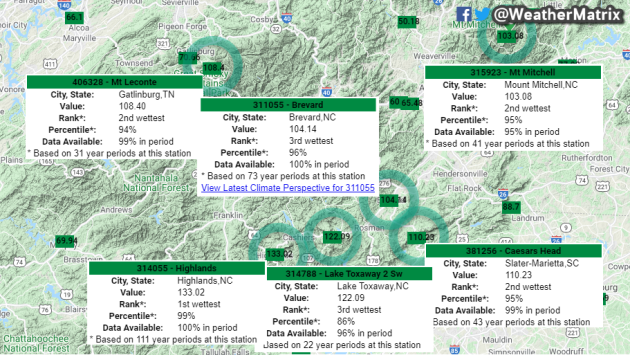 A look at selected records in southwest North Carolina and the surrounding area is shown above. Mount Mitchell, North Carolina holds the state record for rainfall -- 134.81 inches -- in 2017-2018. That location was on the outer edges of the extreme precipitation in 2020 but still managed to top 100 inches in a year, for only the second time in history. However, the state record of 139.94 (set in 2018) will stand, according to SERCC, though the 136.5 inches at the Highlands CoCoRAHs station certainly got close. 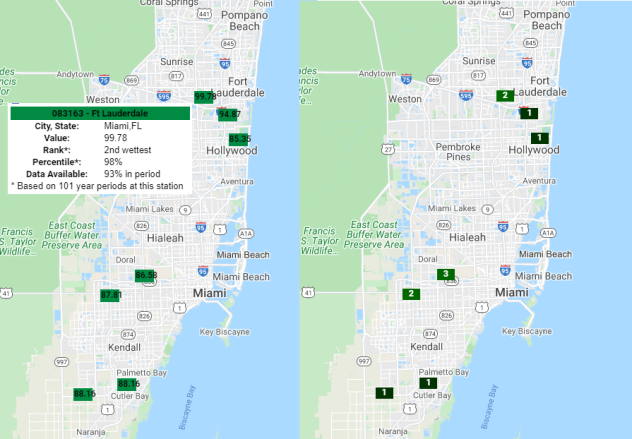 Outside of the southern Appalachians, a station near Rich Mountain, Arkansas, south of Fort Smith, nearly over the border into Oklahoma, recorded 101 inches. From there, we look at the Fort Lauderdale, Florida area, where no official station hit the 100 mark, but the airport there got very close with 99.7 inches. Although that station had its second-wettest year, four stations north and south of Miami saw their #1 wettest year. Plantation, Florida, a CoCoRAHs station, reported the most at 108.15 inches. (Shout out also to Brian McNoldy's CoCoRAHs station which almost made it at 99.13 inches).

All told, stations in a dozen states in the eastern half of the U.S. had their highest rainfall on record, indicated by dark green "1" boxes in the SERCC map below: 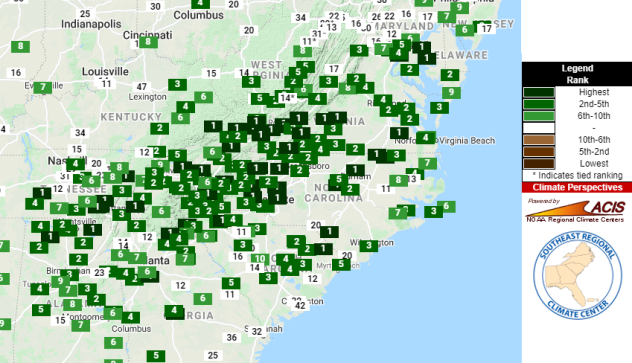 SERCC
Report a Typo
Comments that don't add to the conversation may be automatically or manually removed by Facebook or AccuWeather. Profanity, personal attacks, and spam will not be tolerated.
Comments
Hide Comments