Arctic sea ice extent continues to run well below the 1981-2010 average; however, it is not as low as it has been in recent years. The most recent extent is running higher than most years since 2007. The exceptions are 2009 and 2014. 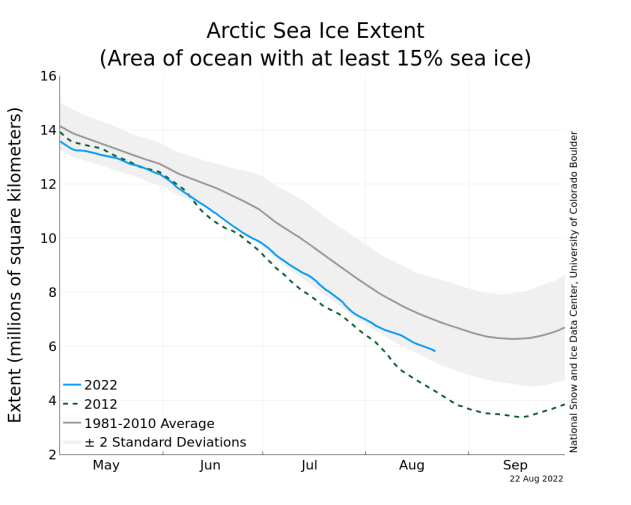 At the current pace, which can certainly change between now and late September, it appears the annual minimum Arctic sea ice extent will rank somewhere between the seventh and 15th lowest on record (records go back to 1979) for 2022. 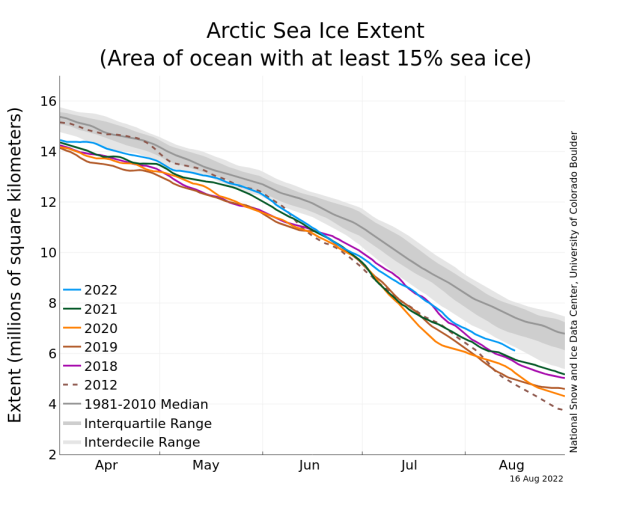 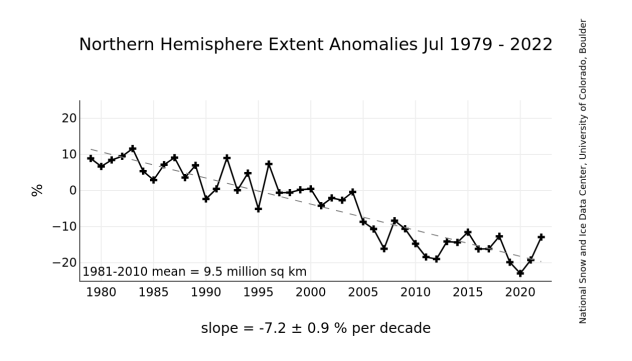 As the sun continues to sink lower in the sky, sea ice will begin its annual increase in thickness and extent as we head through fall and into winter. 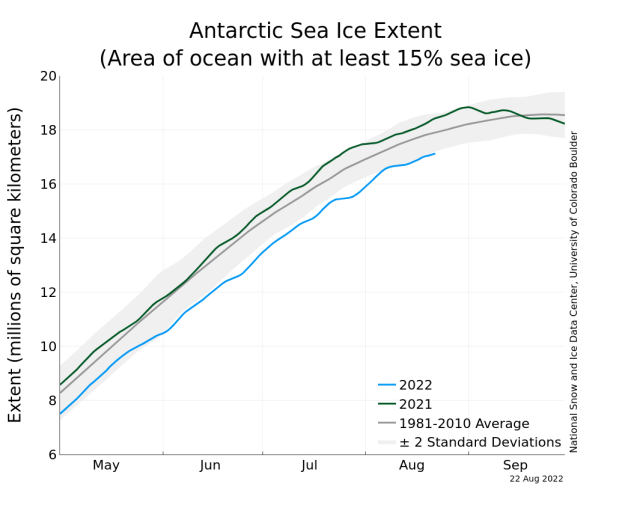 Antarctic sea ice extent continues to run near record low levels. As of August 2022, the extent was tracking as the second lowest on record. The primary reasons for the low extent are more persistent winds from the north that are bringing in warmer air and confining the sea ice closer to the coast.