Expect record-challenging warmth from northern BC to northern Saskatchewan through midweek this week.

Overall, it looks like late-summer warmth will dominate across much of the country into early September with widespread above-normal temperatures. The core of the warm air will gradually shift from west to east during the second and third weeks of September. At the same time, there are hints of the first true fall air mass coming southward into northwestern Canada by midmonth.

The tropical Atlantic still remains unusually quiet, especially considering that we are under La Niña conditions. However, there are some indications that activity across the Atlantic may start to pick up next week and beyond. It is way too early to tell if the overall pattern would favor landfalling systems or recurving storms out into the Atlantic.

The Canada fall 2022 outlook will also be released this week. 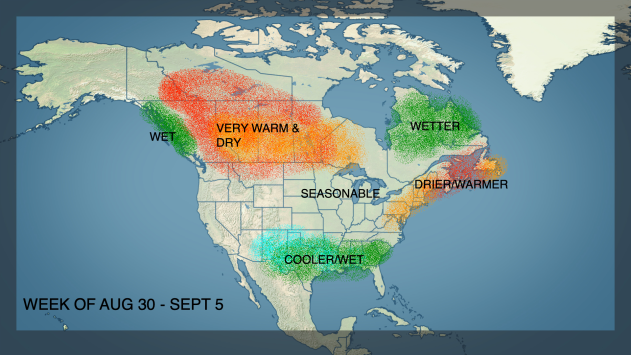 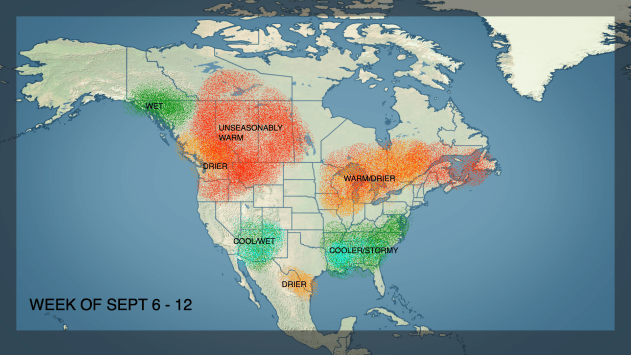 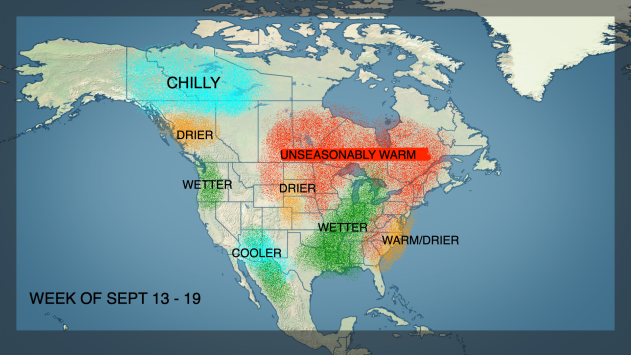