Tropical system expected to develop in Gulf, eye U.S. with flooding rainfall. Get the forecast.

Even after the storm departs, the lake-effect snow machine will be turned on, and will continue to bring some snow to the region.

The second part of a double-barreled storm will spread snow, ice and drenching rain across the northeastern United States into Tuesday evening.

The first part of the storm brought snow and ice which disrupted travel, sporting events and holiday shopping over the central Plains on Sunday. 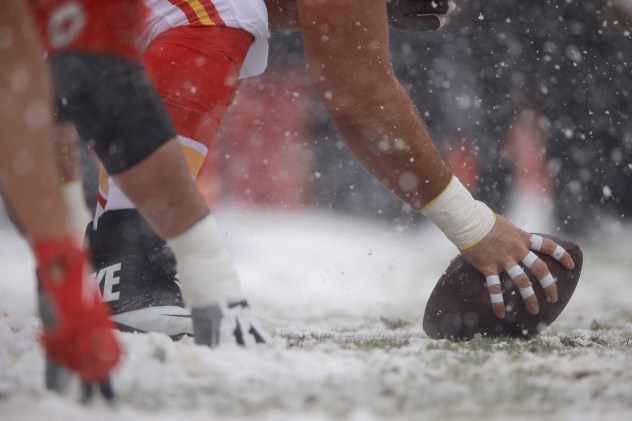 The same storm raced through the Ohio Valley and into parts of the central Appalachians and mid-Atlantic Sunday night. Much of the precipitation from that first storm fell apart during the day Monday in the mid-Atlantic.

The second part of the storm brought another round of snow and ice to many of the same locations from the central Plains to the Ohio Valley during Monday and Monday night. From both systems combined, some locales in northern and central portions of Missouri into central Illinois have ended up with around a foot of snow.

Meanwhile, the second storm is still ongoing and snow will fall from northern New York state to northern New England with a zone of heavy ice just south of the snow area into Tuesday evening. 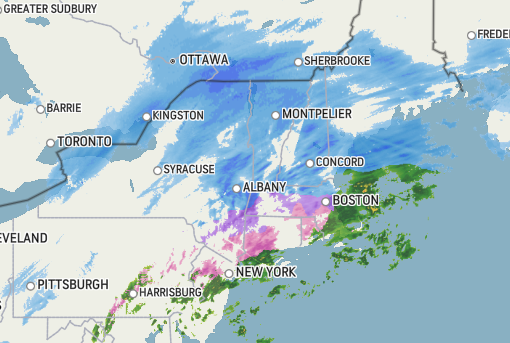 This second storm has produced substantial snow and ice over much of the Northeast that escaped the worst from the first storm. The second storm has also triggered severe thunderstorms including multiple tornadoes over parts of the South.

While the threat for snow and ice has ended from Pennsylvania to New Jersey and southeastern New York state on south in the mid-Atlantic and the central Appalachians, several inches of snow are forecast from northern New York state to northern New England into Tuesday evening. For a time the snow can quickly cover roads and snarl traffic. This includes portions of Interstates 81, 88, 90 and 91. 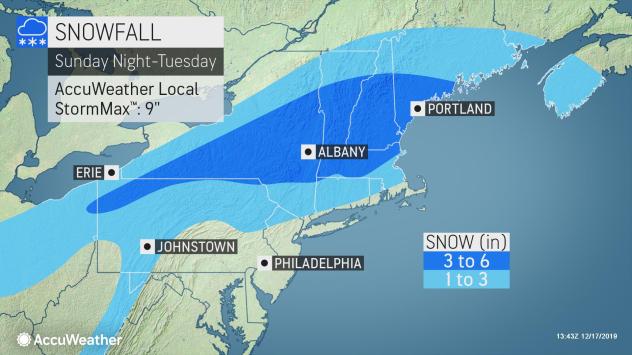 A swath of 3-6 inches of snow is forecast with an AccuWeather Local StormMax™ of 9 inches in store for the Northeast. The bulk of the snow may fall in less than six hours.

The swath from Philadelphia to New York City along I-95 saw a few hours of a wintry mixture before changing to all rain Monday night. Around the city of Boston, sleet and freezing rain have mixed in as of Tuesday afternoon.

Sandwiched in between the snow and rain will be a corridor where a significant buildup of ice is forecast. Poughkeepsie, New York; Hartford, Connecticut, and Providence, Rhode Island, were in the middle of the ice storm on Tuesday.

Areas from central and northern Pennsylvania to southeastern New York state, much of Connecticut, northern Rhode Island and part of eastern Massachusetts can receive an average of 0.25 of an inch of ice on elevated surfaces like hand railings, windshields, trees, and power lines. Colder road surfaces such as untreated bridges and overpasses can be especially slippery. 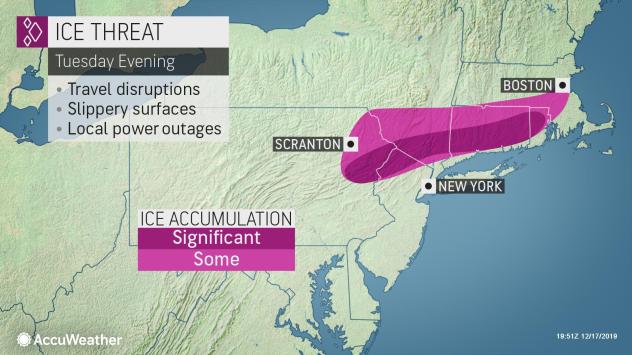 While the threat of new ice has diminished over southern Pennsylvania, Maryland and West Virginia, there can be pockets where between 0.25 and 0.50 of an inch of ice can accrue, which can bring down trees and power lines. 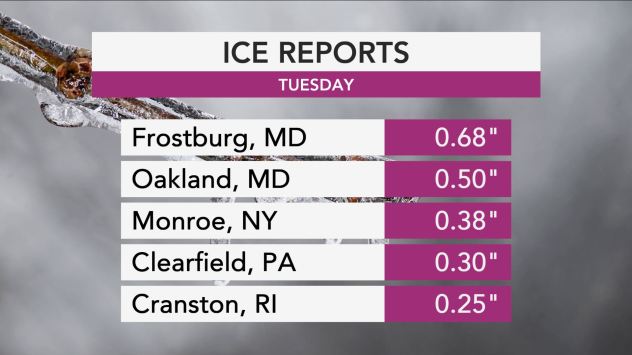 By late Tuesday night, the storm system will exit off the New England coast, and usher in another reinforcing cold shot for the Great Lakes and Northeast. 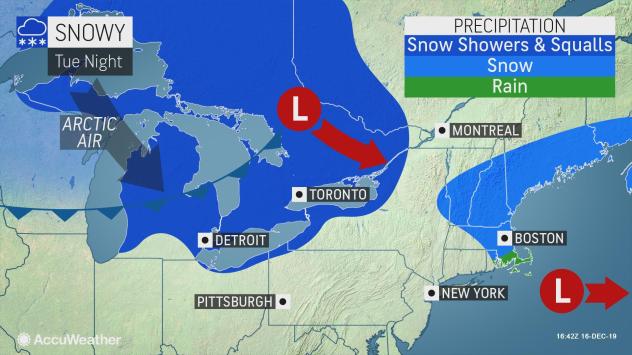 The lake-effect snow machine will ramp up again, adding even more to some of the snow totals downwind of the Great Lakes. UPDATE: Death Valley temperature cracks 120! How high can it go?