The SS Bloody Marsh, a lost World War 2 tanker, was found by researchers at NOAA during the Windows to the Deep 2021 expedition, a mission to map the seafloor and find the missing wreck.

"I think we got something."

Researchers at the National Oceanic and Atmospheric Administration (NOAA) came across a historic discovery while mapping the ocean floor recently -- an oil tanker that dates back to World War II.

The sunken oil tanker is called the SS Bloody Marsh. Its construction was completed in 1943, and it faced its ultimate downfall that same year when it was struck by a torpedo from a German U-boat. It was made amid a push to get more oil tankers into the Atlantic and toward Europe during the war.

The oil tanker set off from a port in Houston, Texas, on June 28, 1943. It was headed for New York when it was torpedoed on July 2 that same year. 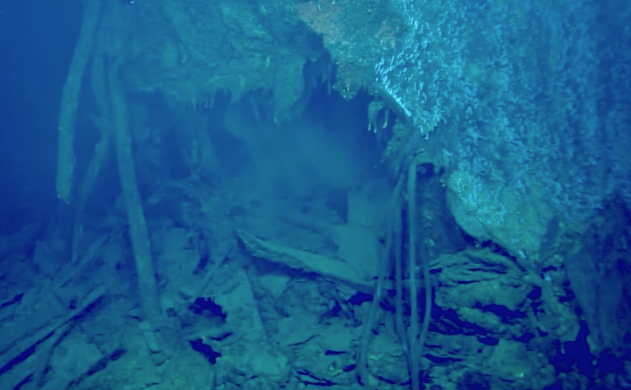 The SS Bloody Marsh, which completed construction in 1943, was recently found when the NOAA was mapping the ocean floor off the coast of South Carolina. (NOAA Ocean Exploration)

When the torpedo struck the Bloody Marsh, it destroyed the engine room and killed three crewmen. According to reports from the time, the oil tanker sunk very quickly following a second torpedo in the attack. Some crew members were able to abandon ship and escape on life rafts.

The discovery was a long time coming. The Bloody Marsh was found off the coast of South Carolina while the NOAA researchers were mapping the ocean floor as part of the Windows to the Deep 2021 expedition. 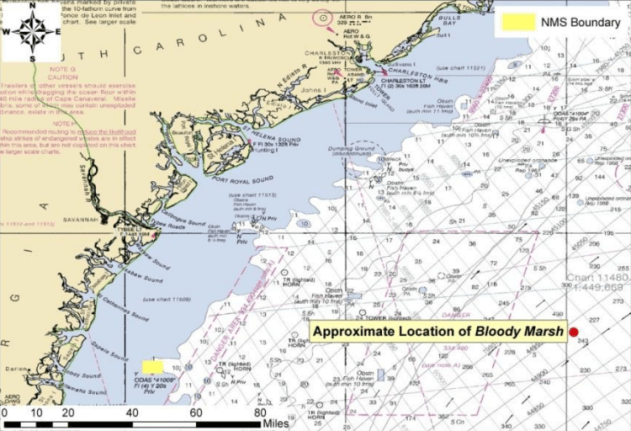 A map from NOAA shows the approximate location of the S.S. Bloody Marsh, which was discovered off the coast of South Carolina this year during mapping of the ocean floor. (NOAA)

There is something about this wreck that makes it stand out to researchers aside from its history -- its ecological impacts.

"It was important to find Bloody Marsh and get an ROV [remotely operated vehicle] on-site to identify the wreck and assess it for pollution risk," Mike Brennan, a Maritime Project archaeologist for SEARCH Inc., said.

The wreck is on the NOAA's "Potentially Polluting Wrecks" list, which is a list of 87 sunken vessels located in various spots across the United States ocean floor that could pose a threat to the nation's coastal and marine resources through oil pollution. As the wrecks on the list corrode on the ocean floor, they may release hazardous materials and oil into the environment.

Of the 36 sunken vessels, 17 have been recommended for further assessment and potential removal. 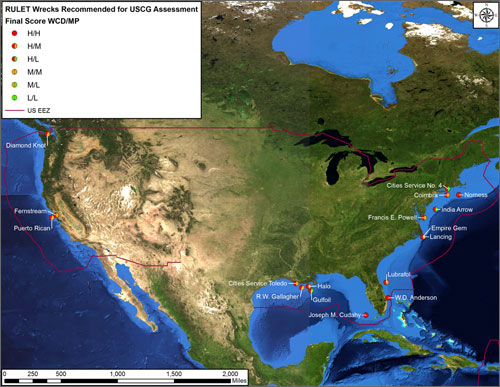 According to the NOAA, there are approximately 20,000 sunken vessels across the U.S. ocean floor, but only some of them are believed to contain oil.

An oil slick has been observed about 2.5 miles away from the shipwreck, which allowed the team of researchers to identify the wreck. At the time of the sinking, the Bloody Marsh was believed to be carrying more than 106,000 barrels of oil. According to Brennan, the slicks are likely due to the gradual corrosion of the wreck.

"Given the location of this wreck, the oil slicks observed upstream of it, the welded joinery and general appearance of the wreck as that of a T2 oil tanker, and the matching of the length of the hull section with the torpedo damage, I am confident that this is the wreck of SS Bloody Marsh," Brennan said in a report from NOAA on the discovery.

Coast Guard springs into action to save kite surfer

What tree rings can reveal about hurricanes throughout history