AccuWeather Chief Video Meteorologist Bernie Rayno explains why this time of year is typically an active period in the Atlantic.

AccuWeather forecasters are keeping a watchful eye on the skies over the Atlantic hundreds of miles off the southeastern coast of the United States as peak hurricane season, or the "tropical red zone" as AccuWeather Chief Broadcast Meteorologist Bernie Rayno likes to call it, gets underway in earnest.

The Atlantic hurricane season peaks around Sept. 11, on average, and just this week a brief tropical storm flirted with hurricane forecasters. During the next couple of weeks, the risk of additional tropical storm and hurricane formation will increase substantially from its midsummer lull.

Tropical Storm Chantal formed late Monday evening over the warm waters of the Gulf Stream in the North Atlantic, becoming the third named storm of the Atlantic hurricane season. By Wednesday night, Chantal had been downgraded to a tropical depression. The storm poses no threat to land, but will stir up a zone of rough seas and squalls for any ships moving through that area.

When Chantal was named, it became "the highest latitude named storm formation for an Atlantic tropical cyclone since Alberto in 1988," according to Colorado State University Meteorologist Phil Klotzbach. 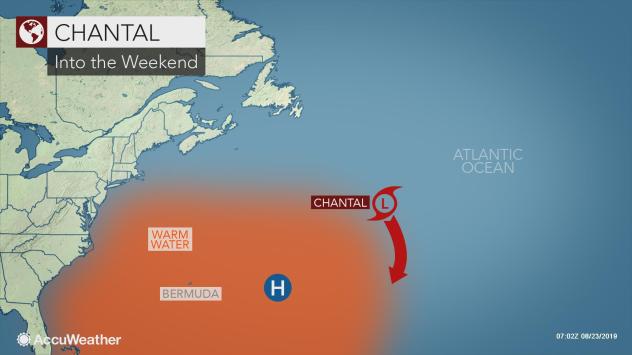 But things can change rapidly, particularly given the developing conditions in the Atlantic Ocean and in the atmosphere above it. As Rayno puts it, "The entire Atlantic basin is open for business."

That sentiment that is echoed by AccuWeather's top hurricane meteorologist.

"We are within the most likely time of the year for tropical development across the Atlantic basin and any feature that can acquire a low-level circulation can also evolve into an organized tropical feature," according to AccuWeather Hurricane Expert Dan Kottlowski.

A batch of showers and thunderstorms associated with a weak tropical disturbance, or wave, will move over the northwestern Gulf of Mexico into Friday. 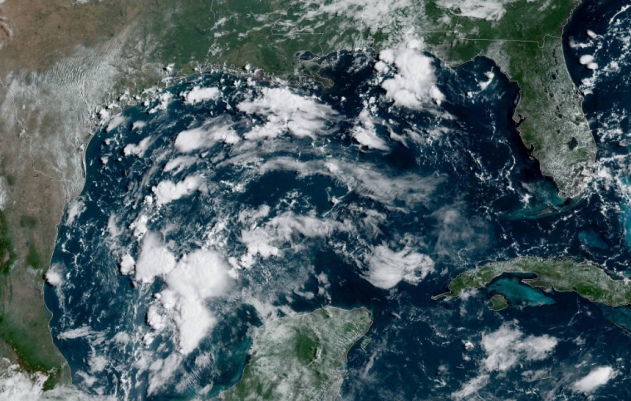 This image taken on August 22, 2019, shows an uptick in thunderstorms over the western and northern Gulf of Mexico. (NOAA/GOES-East)

Downpours and squalls associated with this feature are then expected to drift northward toward the upper Gulf coast this weekend.

While this feature does not represent a threat for high winds and storm surge, it is likely to pack enough rain to be a concern for flooding as it moves into the Deep South of the U.S. 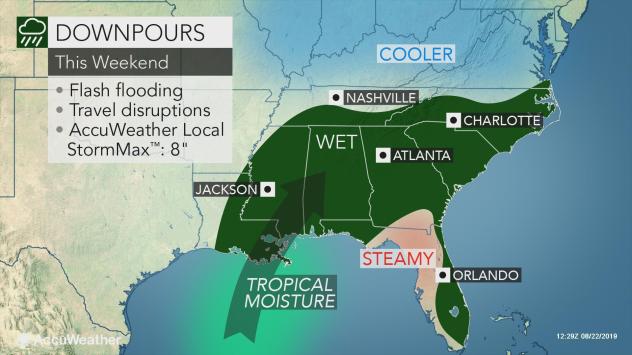 Part of the upper Gulf coast has been hammered with heavy rainfall from a non-tropical feature during the first part of this week.

Another area of concern that has caught the attention of forecasters is a cluster of thunderstorms over the Bahamas associated with a weak disturbance that developed this week. 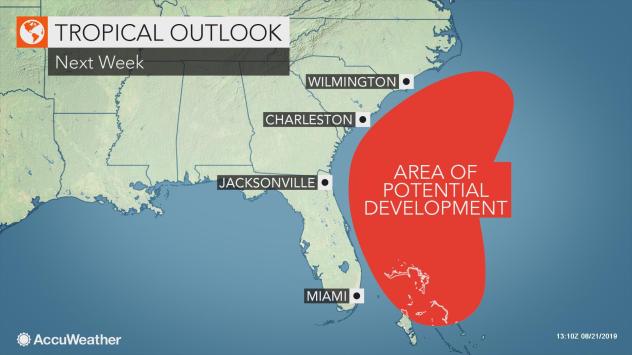 "Historically, this is an area where there has been quick development of weak features," Kottlowski said. 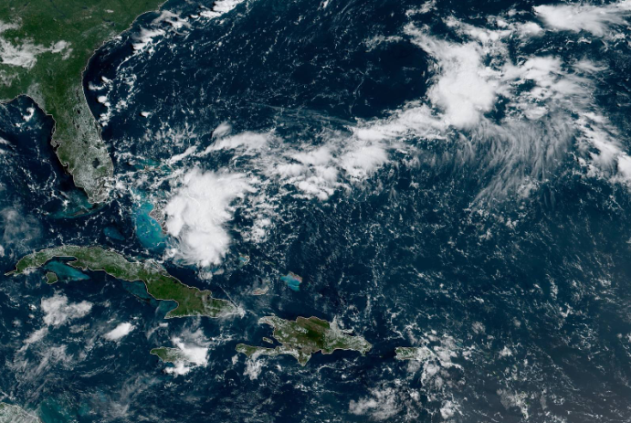 This image taken on Thursday, August 22, 2019, shows a batch of showers and thunderstorms over the Bahamas with Florida on the left. The disturbance associated with the mass of moisture is forecast to drift across part of the Florida Peninsula spanning Friday and Saturday. (NOAA/GOES-East)

"Sea-surface temperatures are sufficiently warm for development, but wind shear is likely to inhibit development into this weekend," Kottlowski added.

A front is forecast to stall along the southeastern coast of the U.S. and a storm may form along this front this weekend.

"It is possible these features coalesce and slowly give birth to a tropical system by early next week," Kottlowski said.

Beach and cruise interests should monitor the situation as near-shore tropical storm formation may result in little time to prepare for direct impacts such as building seas, rough surf and perhaps something more severe.

AccuWeather's 2019 Atlantic hurricane season forecastrn
What is wind shear and how does it impact hurricanes, other tropical cyclones?
Experts share tips on how to prepare children for hurricanes

Exact movement of that system is uncertain until it actually forms. However, close proximity to the coast and steering winds could guide such a feature onshore into the U.S. Another scenario develops this feature by Monday, but takes it offshore of the northeastern U.S. during the middle of next week.

Meanwhile, batches of thunderstorms will continue to move westward from Africa every few days. These tropical waves make up the backbone of the hurricane season.

This image taken on Thursday, August 22, 2019, shows much of the tropical Atlantic Basin with Africa on the right, South America over the lower center and the Caribbean Sea and southeastern U.S. to the upper left. At this time cloud masses associated with showers and thunderstorms lack organization. (NOAA/GOES-East)

As levels of dry air, dust and wind shear gradually diminish over the basin in the next few weeks, not only will the potential for tropical development increase, but perhaps the risk of explosive organization and strengthening of newly formed systems.

An area to watch in terms of tropical activity around the Labor Day weekend will be just north of the Caribbean Sea to the Bahamas. 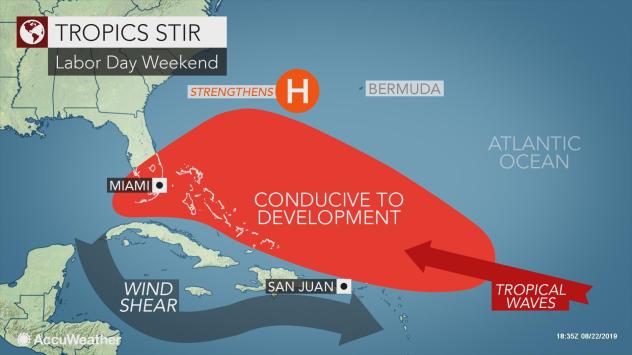 Likewise, the Gulf of Mexico may be an area to watch for a tropical feature to spin up during the last days of August and into the first days of September.

The next names on the list of tropical storms in the Atlantic are Dorian and Erin.