Weather can change pretty quickly and it most certainly did in Rochester, Minnesota. It was bright and sunny out on April 26 only for it to become snowy the very next day.

With the calendar nearing May, north-central United States residents witnessed an unusual sight as more than 2 inches of snow fell in Chicago for the first time in more than a century.

Chicago O'Hare International Airport picked up 2.5 inches of snow on Saturday, which shattered the record for the date of 0.2 of an inch set in 1950.

"The last time 2 inches of snow fell this late was back in 1910, so it is very uncommon for this late in the year," AccuWeather Senior Meteorologist Alan Reppert said. 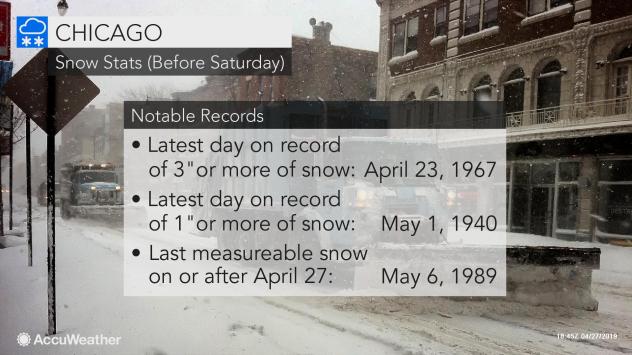 A narrow swath of 3-6 inches of snow fell across northeast Iowa, northern Illinois and southern Wisconsin on Saturday.

"With it being April, we can still see some snowfall in the city, but most of the snow for April falls early in the month," Reppert said.

In order for snow to accumulate in late April outside of high-elevation areas, it must come down at a fast pace.

The snow in Chicago led to more than 700 canceled flights at the city's O'Hare International and Midway International airports on Saturday, according to FlightAware. 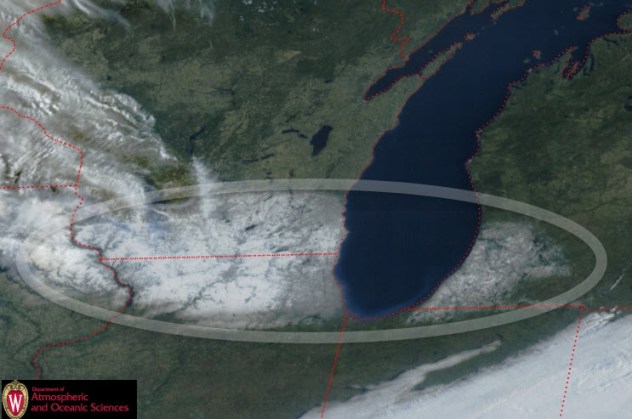 Late-spring snow (circled) is shown across the Midwest via GOES-16 Visible Satellite on the morning of April 28, 2019. (NOAA/SSEC)

The baseball game scheduled for Saturday between the Chicago White Sox and the Detroit Tigers was postponed due to inclement weather.

Tonight’s game between the Sox and Detroit Tigers has been postponed due to inclement weather. The game will be made up as part of a split doubleheader on Wednesday, July 3, with the makeup game starting at 1:10 p.m. and the regularly scheduled contest beginning at 7:10 p.m. pic.twitter.com/YaRaT8CX0J