Multiple days of torrential downpours have taken a toll on southeastern Texas this week. The worst of the downpours are forecast to diminish on Thursday. The heavy rainfall has caused incidents of flash flooding and water rescues.

Houston received a record-breaking 1.26 inches of rain fell on Sunday, nearly five times as much as it had so far in June. This set a new daily rainfall record and also took second place for wettest June day in recorded Houston history.

While Houston itself hasn’t had as much rainfall in comparison to surrounding areas, having received less than 5 inches since the rain began on Sunday, it is the most rain the city has had in any one event since Hurricane Harvey.

"Texas is no stranger to this type of severe weather, and our emergency personnel are ready and well prepared to respond," said Abbott. "Our number one priority is the safety and well-being of Texans, and I encourage everyone in the affected areas to stay safe and heed all warnings from local officials."

On Thursday, Gov. Abbott declaired a state of disaster for six counties in Texas in response to the severe flooding.

Flooding rainfall, dangerous travel to diminish in southeastern Texas to end this week
Preparing for the costliest weather disaster in the US: How to stay safe before, during and after a flood
Interactive Texas radar

At least 15 inches of rain has fallen for the Rio Grande Valley in parts of the area between Weslaco and Harlingen. The heavy rainfall caused major flooding, and more is expected to come, according to AccuWeather Senior Meteorologist Heather Zehr.

While the worst of the rain has moved away from Beaumont, the city may still get additional showers and thunderstorms, including downpours.

"This would aggravate the flooding that is already occurring. In this area, there can be another 1 to 2 inches of rain, with as much as 4 inches in downpours," Zehr said.

The airport for Beaumont/Port Arthur received record-breaking daily rainfall on Tuesday with 5.05 inches.

Hildalgo County Judge Ramon Garcia declared a local state of disaster as a result of damages from recent storms. 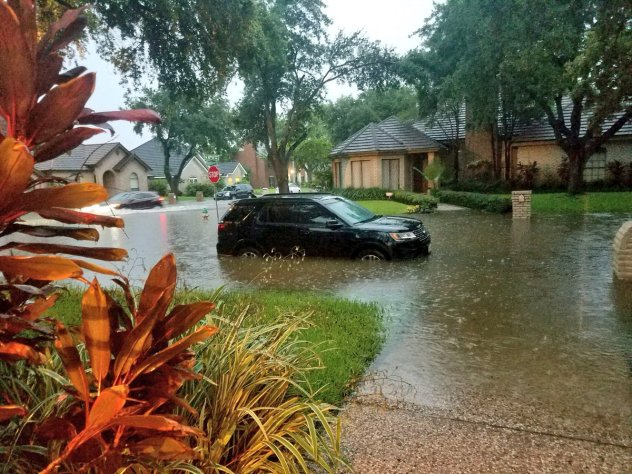 Through Thursday morning, "Incredibly moist air will continue to be pushed onshore and result in a prolonged period of showers and thunderstorms from the coast as far inland as San Antonio," said AccuWeather Meteorologist Brett Edwards.

A general 4-8 inches of rain is forecast with local amounts of 12-16 inches. In the rainiest spots, slightly more than a foot of rain may fall.

The heaviest rain is likely to focus from Brownsville and the lower Rio Grande Valley to Corpus Christi and Victoria, Texas.

Downpours are likely to become much more spotty in nature over southeastern Texas to end the week. 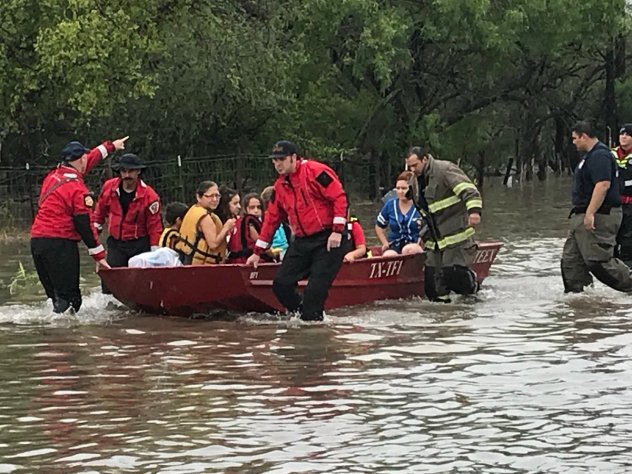 The McAllen Fire Deptartment assisted with water rescues around the city on Wednesday, June 20, 2018. (Photo/City of McAllen, Texas)

MCALLEN: Neighbors helping other neighbors get to their home to salvage whatever they can. pic.twitter.com/sZSaxbj2Je

🚨Several areas are still experiencing flooding conditions. Although the water is draining, it will take several hours for roadways to clear. If you are stranded in your homes, crews are working to pump out the floodwater. For emergencies call 911. Non-emergency call 681.1234. pic.twitter.com/p6wRDFFtXb

The town the first lady visited today, McAllen, Texas, is among many of the Texas Gulf Coast towns flooded by heavy rain this week. A number of people have been rescued from their homes and cars. @courtzubowski reporting. pic.twitter.com/pPDd6QF2ky

The controversial federal migrant detention facility in #McAllen is effectively an island right now thanks to flooding. pic.twitter.com/3mPE79QMjR

The first major rain since Hurricane Harvey is moving into #Houston and the surrounding region this week. @breakingweather @accuweather pic.twitter.com/IhT8TxG0Pp

Sheriff’s Office has fielded over 200 weather related calls for service since 5:30am. Over half of them are for rescues. We urge you to call 911 for emergencies only; please refrain from calling 911 for weather updates or road closures. pic.twitter.com/cD0VSJGJeU

McAllen Fire crews rescued a
91-year- old woman due to rising water in her home. Please be safe out there McAllen. pic.twitter.com/x22LZUvc9C

⚠️There are scenes like this around McAllen, please stay safe. Do not drive if you don’t have to. Flash flood emergency warning is currently in effect. pic.twitter.com/8KScoW9Unn

People are still trying to rebuild from #HurricaneHarvey flooding...and once again their homes are being threatened. @breakingweather @accuweather pic.twitter.com/uhksDcDYOq

⚠️A reminder to steer clear of Ebony and 24th. There are several sinkholes in the area. #DriveSafe pic.twitter.com/Pa9ROOHqm2

What a difference just a few hours makes in #PortArthur #Texas Highway 96 is back open and the flooding has receded as the rain has shifted to the West. @breakingweather @accuweather pic.twitter.com/BnLJl2ef0h

Nearly every access road we have passed on Highway 83 from McAllen to Harlingen is flooding. Cars are either trying to drive through and are getting stuck, or are waiting on highways with flashers on, trying to figure out next moves. pic.twitter.com/GHybDcmpot

South Texas is getting pounded with rain and flash floods. Flash flood warning until tomorrow. Just got a few pics from friends there. pic.twitter.com/H1vJQJqBxl