6.3 magnitude earthquake near southern coast of Japan could add additional dangers as Nari sweeps through

A 6.3 earthquake shook the area near the south coast of Honshu, Japan, around 3 a.m., local time and could further exasperate flooding and landslide issues following Tropical Depression Nari.

"The ground shaking in addition to the heavy rainfall will make the ground more susceptible to landslides," AccuWeather Meteorologist Courtney Spammer said.

As of Saturday morning, local time, there are no tsunami warnings or advisories in effect.

After making landfall as a tropical storm, Nari will track through Japan with heavy rain and gusty winds this weekend.

Nari made landfall in the southern part of Mie Prefecture on Saturday morning, local time. The storm has since weakened to a tropical depression.

Heavy rain and gusty winds will spread across central Honshu through Saturday. Localized downpours will also spread over eastern Shikoku. 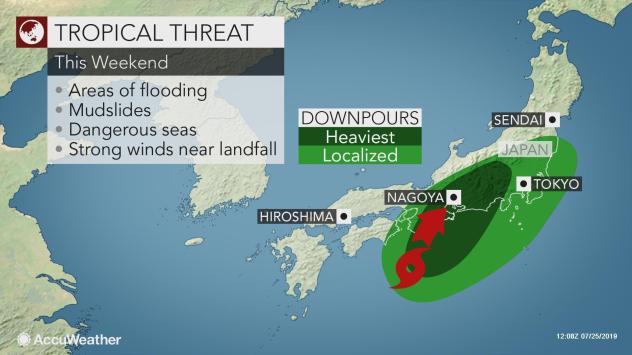 The heavy rain will sweep from central to southeastern Honshu Saturday night into Sunday as the storm curves eastward.

"There can be minor tree damage and sporadic power outages in areas that have wind gusts between 64 and 80 km/h (40 and 50 mph)," AccuWeather Senior Meteorologist Dave Houk said. 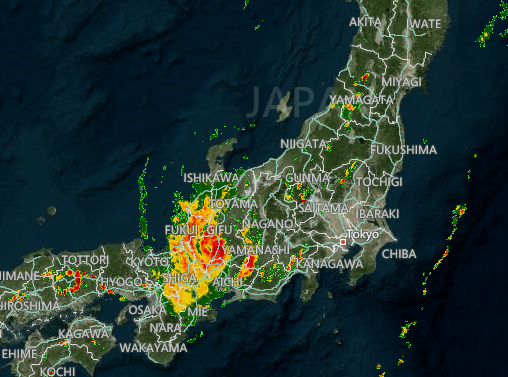 Wakayama, Nara, Mie and potentially to Aichi will be most susceptible to these winds before land interaction causes the storm to lose wind intensity.

"Rainfall will be the most widespread risk from this storm," Houk said. "Flooding and mudslides can occur in the hardest-hit areas."

Rainfall amounts of 50-100 mm (2-4 inches) with an AccuWeather Local StormMax™ of 200 mm (8 inches) are expected from Wakayama to Nagano this weekend.

"Tokyo should escape the heaviest rainfall from this storm, but there can be downpours that lead to travel disruptions around the city," according to Houk. "The heaviest downpours may target Tokyo on Saturday night."

The storm will move over the open Pacific Ocean by Monday. Mostly afternoon thunderstorms erupting over parts of Japan will follow for early next week.