Following a sweep of autumn air, warmth to bounce back in Midwest, Northeast during October

Much cooler air has settled over the midwestern and northeastern United States, but another big warmup is in store for during the first half of October.

Highs in the 80s and 90s have been replaced with highs in the 50s, 60s and 70s. People who mind the chilly air will be reaching for jackets, sweaters and sweatshirts.

This transformation began over the central and northern Plains to the western Great Lakes on Wednesday. The cool air reached the Atlantic coast to end the week. 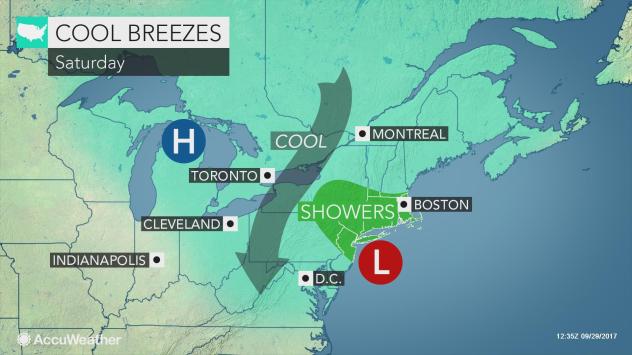 "There may even be waterspouts spawned over lakes Michigan, Erie, Huron and Ontario," Lundberg said.

The combination of the dry air and ground will allow temperatures to plummet at night.

Where skies become clear and winds diminish, temperatures will dip to frosty levels over the Upper Midwest and part of northern New England on Saturday morning.

On Sunday morning, the risk of frost will extend from parts of the central Appalachians to much of interior New England. 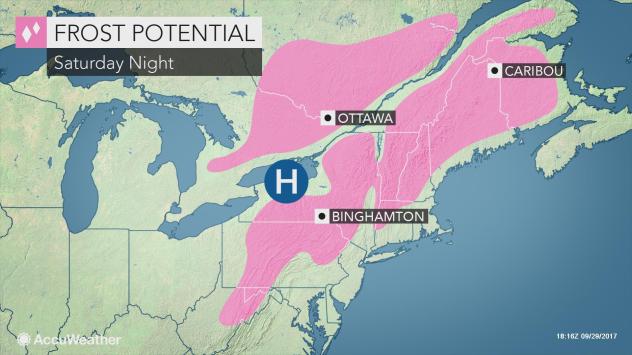 The traditional cold spots will dip into the upper 20s around daybreak.

Around the immediate shores of the Great Lakes and along the Interstate 95 corridor of the Northeast, warm waters will prevent a frost.

While a major change in the weather pattern has taken place, more seasonable, autumn conditions are not likely to lock in just yet.

Don't put away all of your shorts and short-sleeved attire just yet. The sudden change to crisp autumn air will not be a sign of what is to come through all of October.

The cool spell will be fleeting, according to AccuWeather Long-Range Meteorologist Max Vido.

"Abnormal warmth will return in much of the Central and Eastern states," Vido said. 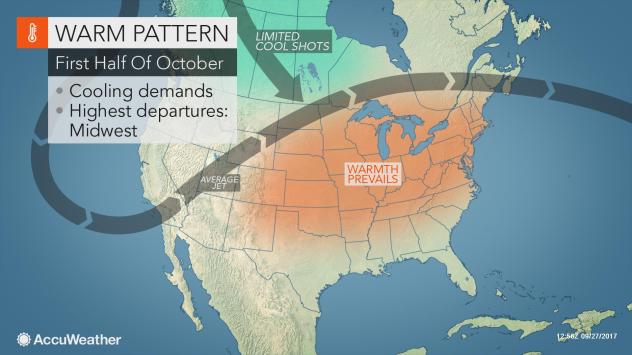 The greatest temperature departures from average may be over the central Plains to the Great Lakes and the Ohio Valley.

"Starting Monday, places in the Midwest may experience over a week of temperatures 8-15 degrees above normal," Vido said.

While the warmth may not be as extreme as that of late September, highs in many areas are likely to reach the 80s.

As next week progresses, unseasonable warmth will spread into the Ohio Valley and Northeast as well.

Some record highs may be challenged, since average temperatures trend downward at a swift pace during October.

"It may not be until the middle of the month when cooler air makes a significant push into the lower 48," Vido said.

In addition to the warmth, very little to no rain is likely from the northern and central Plains to the East through at least much of the first half of October.

People are urged to use caution with campfires, burning cigarette butts and outdoor power equipment, especially where leaves have begun to fall. Never park a vehicle over dry brush as the hot exhaust system can start a fire.