City planning for natural disasters pivots from 'recovery to resilience'

After Hurricane Katrina devastated New Orleans in 2005, city officials realized they needed to rebuild in a way that made the city safer and stronger than before.

The city released its resilience strategy 10 years later, in what New Orleans Deputy Mayor Jeff Hebert described as a “pivot from recovery to resilience.” The strategy, used today, is a plan that accounts for challenges New Orleans could face in the next 30 to 100 years. 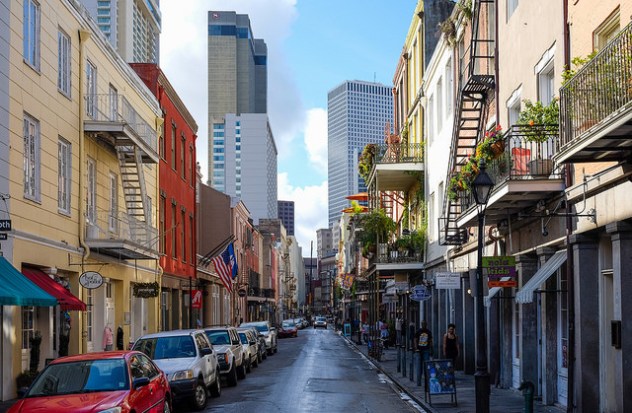 The expectation of more frequent and destructive disasters has led many of the United States’ largest cities to increasingly prioritize “building resilience capacity,” the ability for communities to withstand and recover from stresses.

Over the past few years, the United States has seen an increase in costly disasters. There are more disaster declarations than in the past and shorter windows between declarations, creating an overlapping cycle that also incorporates chronic stresses such as poverty, violence and climate change, Anita Chandra, director of RAND Justice, Infrastructure and Environment, said.

“We needed different ways of thinking about what was classically emergency preparedness or emergency management,” Chandra said. “It just took a broader and more diverse network to handle the kind of stress and strain that we’re now dealing with.”

For New Orleans and other communities, incorporating resilience into development plans meant integrating solutions for physical challenges, like sea level rise or intense heat, with solutions for social and economic challenges like job and affordable housing availability.

It also meant figuring out how to include a wide range of stakeholders in the process.

“The only way you can achieve the goal is to start breaking down the silos that we usually find ourselves in,” Hebert said. “Creating a table that allows for cross departmental, cross agency work is a huge challenge because it’s completely disruptive of the systems that currently exist.”

Despite the challenges, Hebert said collaboration also creates the ability to come up with solutions that might not otherwise be an option. This is not limited to working within local areas; cities in the U.S. and around the world work with each other and organizations that support resilience, like the RAND Corporation's Resilience in Action, to develop local strategies.

One way New Orleans works with people internationally is through 100 Resilient Cities, an initiative by the Rockefeller Foundation that supports resilience building in cities around the world. The initiative provides a network of cities facing similar issues to help solve problems, although the general strategies that international partners might develop would need to be adapted to the local level, Hebert said.

Slide over images to see changes to marshes around Delacroix, Louisiana, which endured long-term damage from Hurricane Katrina.

National strategies and policies can also influence local resilience building, as they can set expectations, define ways to measure resilience and promote policies that generate resilience in business, Chandra said. One of the central agents in such national efforts is the Federal Emergency Management Agency (FEMA).

“Preparedness is a shared responsibility and calls for the involvement of everyone—not just the federal government—but also state, local, tribal, territorial partners, businesses, faith-based and community organizations, as well as individuals and their families,” FEMA said in an email. “A whole community approach to disaster preparedness ensures our nation is better prepared to respond to and recover from natural and man-made hazards.”

Chandra said while national policy is important, it should also be adaptable to the diverse characteristics of disasters and the communities they affect.

“You’re trying to do a lot of different things for multiple types of risks and disasters,” Chandra said. “So any federal policy essentially, although they have their nuances and distinction, that doesn’t have that [flexible] orientation can be, not always, but can be difficult because they might impose too much structure.”

Resources that can be locally customized are particularly important for rural areas and areas with limited resources, while working with a “shared planning architecture,” one that incorporates many stakeholders, can create better cooperation between all levels of government and the private sector, FEMA said.

Although indicators are important, Hebert said FEMA could help more by increasing investment in resilience before disasters occur rather than after.

“I think that when we talk about science and we talk about infrastructure I think it gets lost that what this is all about is making communities more prepared and safer for people to live in,” Hebert said.