Snowstorms will slam Atlantic Canada this winter, while a lack of late-season snow will spell a shortened ski season across much of British Columbia and Alberta.

“The winter weather pattern is expected to be dominated by a developing El Niño in the equatorial Pacific,” AccuWeather Senior Meteorologist Brett Anderson said.

El Niño occurs when the waters in the tropical Pacific Ocean are warmer than normal, influencing the global weather pattern and the track that storm systems take, especially during the winter months. 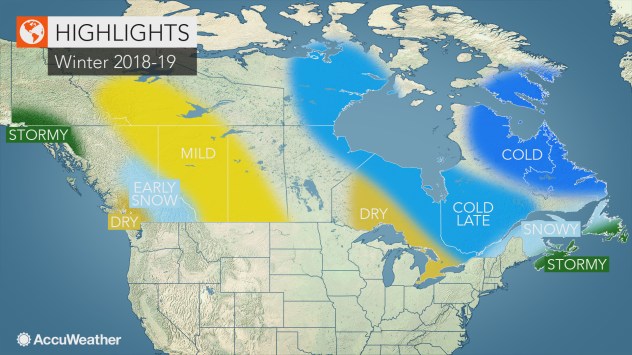 Winter storms will frequent Atlantic Canada in the coming months, bringing bouts of heavy rain, strong winds and snow to the region.

“The main storm track in the east will be directed toward Atlantic Canada with the potential for several large storms from Nova Scotia to Newfoundland this season,” Anderson said.

“Heavier-than-normal snowfall is anticipated from southeastern Quebec through New Brunswick and Prince Edward Island this winter,” he added.

Some of these storms could impact the St. Lawrence River Valley, but the worst of the storms will largely focus to the south and east.

“Snowfall will be below average for much of cottage and ski country in Ontario, but near to above average for the Quebec resorts,” Anderson said.

While the major winter storms largely stay east of cities such as Ottawa and Toronto, some harsh cold snaps could chill the region, especially during the second half of the season.

“The majority of Arctic blasts will be focused into northeastern Canada, but they may shift more toward eastern Ontario and Quebec late in the winter,” Anderson said.

However, the brunt of the Arctic air is expected to widely miss the Great Lakes.

“Lake-effect snowfall downwind of the lakes is expected to be below average this season due to a lack of Arctic air,“ Anderson said. “February may actually have the greatest lake-effect due to a higher probability of cold spells.”

Bitterly cold air often intrudes into the Canadian Prairies throughout the winter, but this season, it will focus more on the eastern part of the region.

“The winter will be a fairly typical one across the eastern Prairies, with the highest chance for Arctic blasts during the second half of the season,” Anderson said.

Meanwhile, the western Prairies will experience a milder winter compared to normal.

“Chinook winds will be quite common across southern Alberta this winter as a westerly flow of air dominates. Chinook winds are usually very strong and can bring sharp rises in temperature downwind of the Rockies,” Anderson said.

Drier-than-normal conditions are also expected across the region with pockets of severe drought impacting areas from Edmonton to Winnipeg, according to the Canadian Drought Monitor.

While parts of the Prairies are coping with drought concerns, some farmers have had to leave crops unharvested due to wet and snowy weather late in the fall, according to the National Post, taking a toll on the local economy.

The anticipated development of El Niño will have a strong influence on the weather pattern across western Canada, including the path that storms take when tracking from the Pacific Ocean into North America.

“The primary storm track off the Pacific will be directed into northwestern British Columbia and the Yukon Territory with above-normal snowfall,” Anderson said.

This will leave the rest of British Columbia milder and drier than normal throughout most of the winter, including in Vancouver and the city’s suburbs. 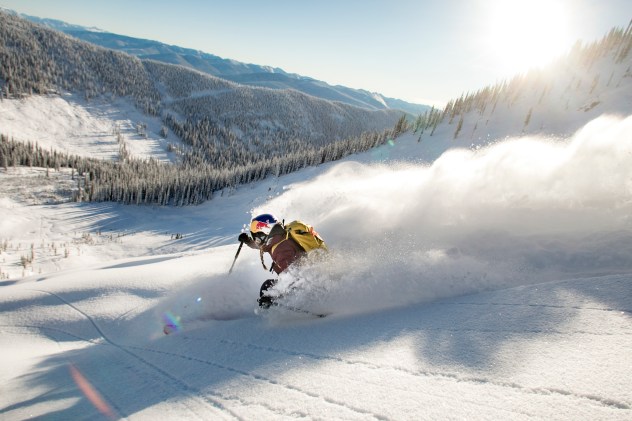 This winter pattern will have implications on the region’s ski resorts, especially those in the Canadian Rockies.

“A majority of the snowfall in the western mountains and ski areas will come early in the season before drier weather takes hold,” Anderson said.

Although this translates to a healthy start to the winter ski season, the lack of storms later on in the season may cause ski resorts to close earlier than they have in recent years.

Download the free AccuWeather app to check your pinpointed forecast with Superior Accuracy™.