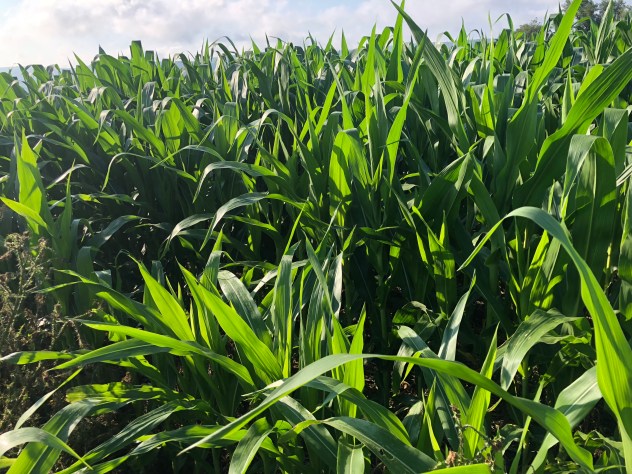 U.S. farmers already dealing with a difficult growing season will feel like they’re on a roller-coaster ride in the days ahead as the up-and-down weather goes to two extremes.

AccuWeather expects Tropical Storm Barry to reach landfall as a Category 1 hurricane, bringing heavy rains and flooding to the Delta region from Saturday into Monday. Some cotton and soybean fields likely will be flooded with some risk of damage, especially in Louisiana and Mississippi, according to AccuWeather meteorologists.

Moisture from Barry will spread rain from southeast Missouri to Ohio and into the Northeast and mid-Atlantic early next week. While these rains overall should be beneficial for the corn and soybean crop across the Ohio Valley, there can be local areas of flooding due to tropical downpours.

And then the heat wave arrives. AccuWeather is forecasting temperatures to be in the 93- to 98-degree range over most of the western half of the Midwest Corn Belt later next week.

“There is growing concern for a spell of drier-than-normal and hotter-than-normal weather late in July in that area,” said AccuWeather senior meteorologist Jason Nicholls. “This would be during the critical pollination stage for corn, so this hot weather can adversely impact the corn crop."

This year has been a trying one for farmers, many of whom couldn’t plant their corn on time due to early-season rain and flooding.

“Challenging to say the least…” Pennsylvania organic farmer Bill Baker wrote in an email to AccuWeather. “We had to replant the corn on June 29th. Each day past the magic date of June 10, then yields are compromised, so just because a seed is in the ground, the end result is still to be seen.”

A new AccuWeather analysis predicts a significant dropoff in 2019 crop yields Tropical Storm Barry bears down on Louisiana coast, will make landfall as a hurricane AccuWeather predicts the total damage from Barry will be $8 to $10 billion ‘Close call’ for the world’s largest coffee-producing country – and coffee lovers everywhere

The condition of corn and soybeans rated “good” or “excellent” has been rated 60% or lower by the U.S. Department of Agriculture for four straight weeks. Last year at this time, that number was 75%. For soybeans, the condition was 53% last week, compared to 71% at the same time last year.

A new weekly report will be issued Monday at 4 p.m. ET and AccuWeather’s Nicholls isn’t expecting much improvement.

“We expect the condition of corn and soybeans to go up maybe by 1-2% but it’s still well below where it has been historically,” said Nicholls.

“I was talking with the crop insurance agent and they are very busy appraising acreage as everyone replants that needs to,” Baker, the Pennsylvania farmer, wrote to AccuWeather. “The hope of any farmer is to be strong, have courage, use the knowledge of past years, and live the life of a farmer of faith.”