Warmth will linger well into autumn across much of Canada, extending the already active wildfire season and delaying the first chill of the season.

One reason for the widespread warmth is the anticipated development of El Niño.

El Niño occurs when the waters in the tropical Pacific Ocean are warmer than normal, influencing the global weather pattern. 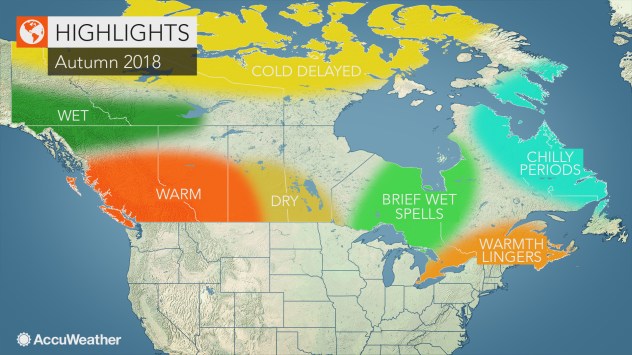 A mild autumn is on tap for much of eastern Canada, including Ontario, Quebec and New Brunswick.

“The best opportunity for an early season cold outbreak appears to be across far-northern Quebec into Labrador,” he said.

This widespread warmth will impact the fall foliage across much of the region, potentially delaying the peak season by one or two weeks. 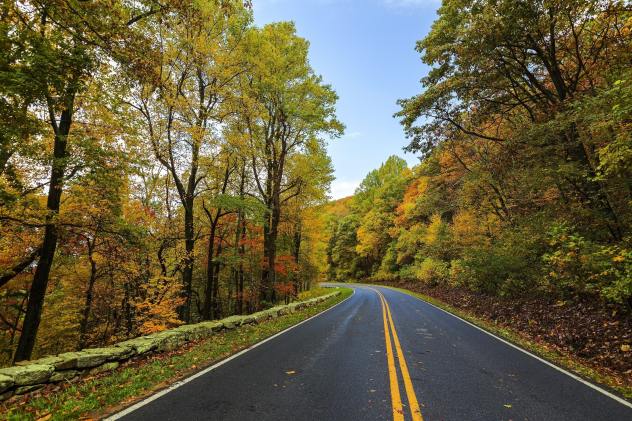 Areas closer to the Great Lakes can expect spells of wet weather to accompany the warm autumn.

“There will be plenty of opportunities for showers and late-season thunder around the Great Lakes,” Anderson said.

Once colder air moves in late in the season, the Great Lakes could see rain squalls that produce small hail and even a few waterspouts.

Drought concerns may grow across the southern Prairies

A warm and dry weather pattern is predicted to dominate much of the Prairies this season.

“This may be beneficial to the early fall harvest,” Anderson said.

However, it will lead to drought concerns for others.

Much of the region has been drier than normal throughout the summer months with moderate to severe drought in some areas, according to the Canada Drought Monitor.

As of July 31, some of the worst drought conditions were located north of Winnipeg and west of Regina.

The anticipated weather this fall could cause drought to expand into other parts of the Prairies.

The active wildfire season across British Columbia this summer will continue into the fall, extending the risk of far-reaching smoke and poor air quality.

More than 1,800 wildfires have been recorded across the region since April 1, burning over 3,800 square kilometers of land.

According to Anderson: “High fire danger likely to linger through early fall across much of western Canada with smoke continuing to be an issue, especially from southern British Columbia through the southern Prairies.” 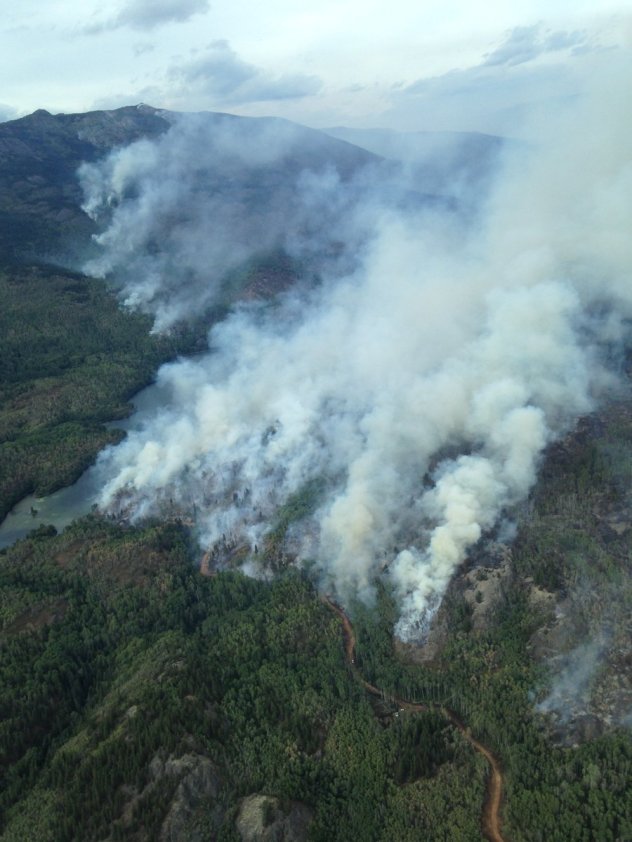 Many storms moving into western Canada will be directed to the northern half of British Columbia and the southwestern part of the Yukon Territory, Anderson said, promoting dry conditions where a majority of the fires have been burning.

Similar to areas farther east, the warm and dry conditions will also impact the region’s foliage, delaying the peak season across the Canadian Rockies.