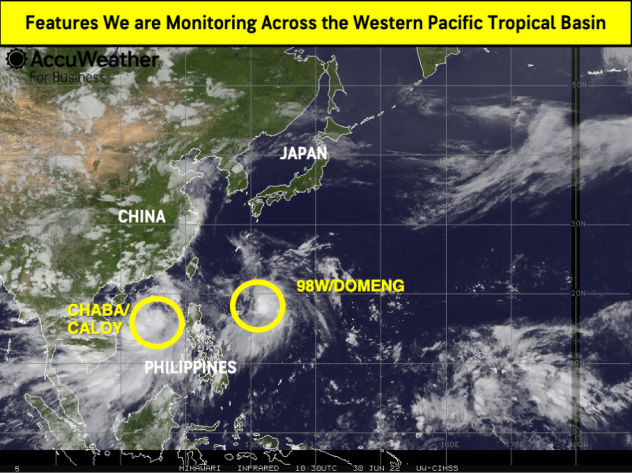 Tropical Storm Chaba (Caloy) will continue to strengthen as it tracks north-northwest over the next couple of days and can reach severe tropical storm intensity before striking eastern Hainan Island or the Leizhou Peninsula of Guangdong province, China, on Saturday, local time. The storm looks to slow and lose wind intensity after landfall in southern China. 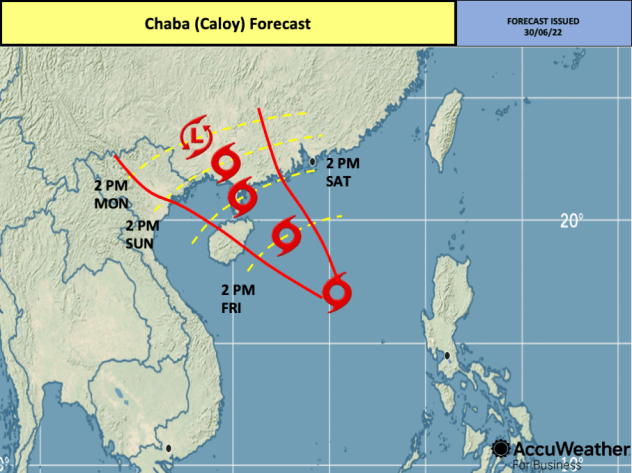 The slowing of the Chaba will result in the main threat being heavy rain, flooding and mudslides across Hainan Island and southern China from Friday night or Saturday into Monday or Tuesday, local time. Rainfall of 200-300 mm (8-12 inches) is expected near the track of the storm with an AccuWeather Local StormMax&trade; of 508 mm (20 inches). Rainfall of 50-100 mm (2-4 inches) is possible as far east as Hong Kong and as far west as northern Vietnam. Damaging wind gusts to 130 km/h (80 mph) are possible in eastern Hainan Island and over the Leizhou Peninsula. 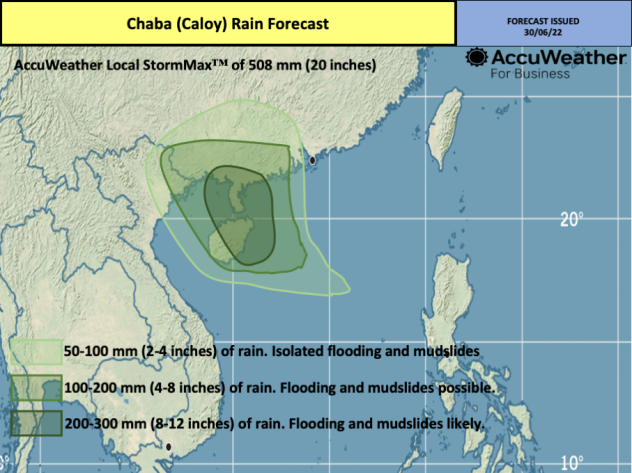 A strengthening tropical rainstorm over the northwestern Philippine Sea has been designated as Tropical Depression Domeng by PAGASA and is expected to continue strengthening as it tracks northward over the next couple of days. There is a good chance this feature can become Tropical Storm Aere (Domeng) on Friday or Saturday, local time, as it nears the Ryukyu Islands. 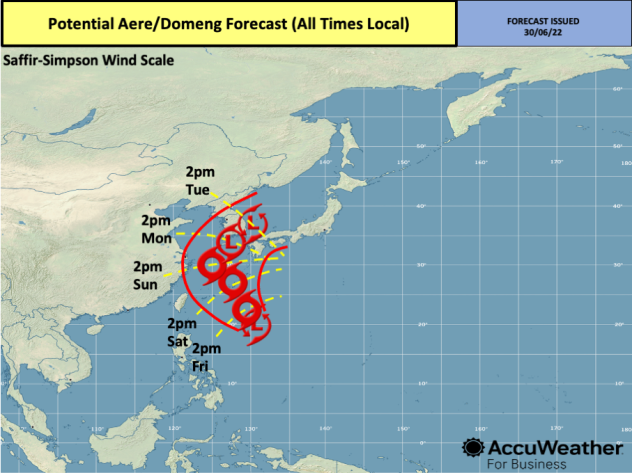 The storm is expected to slow and eventually turn northeastward this weekend and should encounter stronger shear which should result in a loss of wind intensity early next week, local time. Regardless of intensity, this feature can bring heavier rain to South Korea and portions of southern Japan early next week. 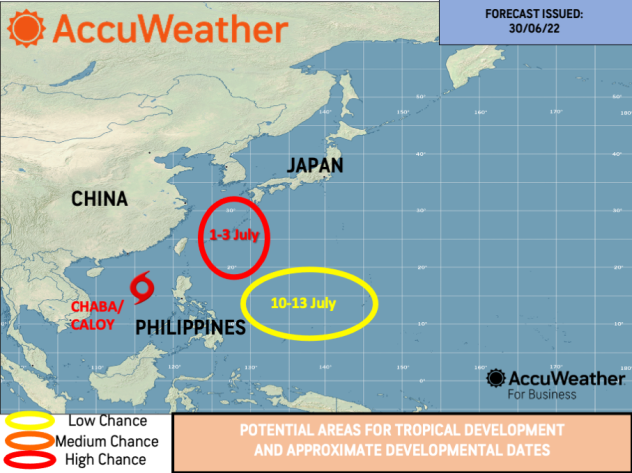 In the longer range, conditions can be conducive for additional tropical development over the Philippine Sea or in the vicinity of Guam and the Mariana Islands early next week.